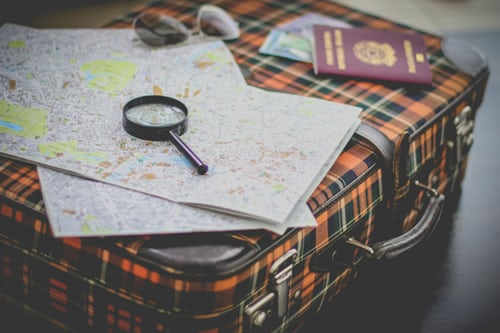 The Search for AI Talent

I wrote recently about the challenges small businesses face in recruiting the engineering talent they require to build the kind of high-tech ventures that will advance society. Complex and expensive visa processes often mean that the best talent goes to larger organizations that can support them through the immigration maze.

It’s a scenario that new research from Georgetown University finds replicated in the battle for AI talent. The report highlights how restrictive immigration policies are hampering the ability of American firms to recruit and retain the kind of AI talent they need.

“Historically, immigrants have helped America lead the world in technological innovation,” the authors say. “Artificial intelligence is no exception. Foreign-born talent fuels the U.S. AI sector at every level, from student researchers in academic labs to foreign and naturalized workers in leading companies.”

You may also like:  The Future of AI Is Here: Here’s How to Take Advantage of It

The study reveals that foreign-born talent plugs a crucial hole in the AI talent marketplace, with the hole likely to persist and even grow in the coming years. A laborious and out-of-date immigration policy is thus hindering the competitiveness of American AI firms because they cannot recruit or retain the talent they need to thrive.

This is far from a new concern, as many of the fundamental problems in the immigration system have existed for decades, but recent policy changes have exacerbated the problem. This issue goes beyond pure policy concerns, as the general climate of uncertainty, complexity, and hostility towards migrants is discouraging talent from coming to the US to live and work.

As with my previous article, the authors suggest that the current immigration environment favors large companies who have the resources to support people as they trawl through it. This has the inevitable impact of reducing labor mobility and harming both workers and startups alike.

They urge the government to develop new immigration pathways for AI students, workers, and entrepreneurs so that they can thrive in the United States. This will inevitably involve fixing various regulatory and administrative policies that currently make it harder to recruit and retain foreign-born AI talent.

“To maintain America’s AI advantage in an increasingly competitive global market for talent, U.S. employers need an efficient, accessible immigration system that allows them to recruit and retain the world’s best and brightest,” the authors conclude. “And those best and brightest, the great majority of whom want to come to the United States permanently, need a clear and realistic path toward long-term legal status.”

Sadly, it seems many politicians across the western world are adopting the opposite approach to immigration, which doesn’t bode well for the advance of science and technology across the globe.

How the Tech Industry Can Help Fix Our AI Skills Shortage

Using AI to Improve Diagnoses and Prognoses of Diseases