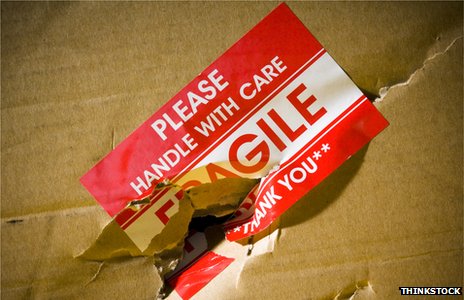 I was speaking to my better half this afternoon and she was telling me about a conversation she’d had with an auntie the previous day.  To cut a long story short, she mentioned that a relative was traveling back and forth between Czech and London each month, so if she wanted anything delivered either way, they’d be happy to take it with them.

This sort of behaviour has become commonplace in recent years, with an increasing number of industries hit by the collaborative/sharing/peer to peer economy.  From cars to accommodation, all manner of things have become available on a rental basis, with service delivered by kindly amateurs looking to make a bit of extra pocket money.

The latest industry to be hit by this trend is the postal market.  A number of services have emerged that, just like my example at the start of this blog, allow people to locate use friends as a cheap movers network..

First up is Friendshippr, an app for both iOS and Android devices that allows users to enter the item they wish to post.  You then enter in the pick up and drop off points for the parcel together with a suitable reward (ie dinner).  Once they’ve created the listing, the app will share it on Facebook, and any friends heading in that direction (who have the app) can respond and claim their reward for taking the package.  You can see more about Friendshippr below

Friendshippr isn’t the only such app however.  Along similar lines is PleaseBringMe.com, which allows users to recruit travellers near them to bring things back from overseas. Both sites represent a fascinating take on the modern postal service, and act as an extension to the kind of things people probably already do to a certain extent via their social networks.

It’s a nice idea though and one that retail giant Walmart is quite keen on.  Earlier this year they announced plans to trial a service whereby online orders are delivered to your door by fellow customers rather than professional delivery services.

It’s a fascinating idea that could trim the retail group’s transportation costs significantly: instead of banking on FedEx or its own delivery vehicles to get packages to online buyers, Walmart could instead ask its army of physical store customers to drop off goods to shoppers who reside on their route home.

In return, the customer would score a discount on their shopping bill.  That’s nice for the customer of course, but also represents a sizeable saving for Walmart too.  The issue is of course that of things like theft and insurance.  Whereas you might feel comfortable asking a friend to do your delivering for you, what Walmart propose is asking strangers to do it.

If the scheme takes off though, you can easily imagine other FMCG retailers adopting a similar process, and it might even be enough to prompt Amazon to scrap it’s drone delivery idea.