Game Developers Conference (GDC) is happening this week in San Francisco and if you asked people walking even near the South Hall of the event what they noticed first, they would say “Virtual Reality," and to be fair, you’re not really allowed to miss it.

The first thing you see is the massive Oculus booth as you take the escalator down to the main floor. They had some really interesting demos including an experience where you can play Settlers of Catan with three other players in VR.

To your right, you see PlayStation with their PSVR headsets and the appeal of less expensive, more user-friendly experiences. Additionally, Sony has done an exceptional job of bringing VR to more people; however, their main problem is enticing developers to put games on their platform, something Microsoft aims to remedy.

The Microsoft booth area has what they’re calling “Mixed Reality” (when they really just have a bunch of VR headsets), showcasing a mix of headsets made by Samsung, Oculus, and a few other companies. Most of the messaging, as well as conversations, are about the inclusiveness of their

platform. Their marketing team is doing their best to encourage people to develop for the Microsoft platform as they make it easy to put your game on PC as well as Xbox.

One of the most interesting demos I experienced was the Microsoft “Pinball” challenge. The objective of the game was to throw bugs against buildings. The rebounding motion of the bugs back to the player for bonus points emulates a tradition pinball game, and in all was a creative twist on a classic game! The goal, like many games, is to beat the high score and the winner at the end of the week gets an Xbox One X.

Another fascinating experience was a new game coming out based on the movie Creed, which puts you in a boxing ring raised about 5 feet off the ground while wearing an Oculus Rift, Oculus Touch handsets, and a pair of headphones. They had a comically bad facsimile of Sly Stallone, but that could have just been the headset I had on.  Other than that, the experience was surreal, as they did a great job of immersing you in the fight through dodging, jabbing, and physically moving out of the way of your opponent’s punches. They even make it fun for the audience as when you get knocked down, you have to move your arms like you’re running back into your body, which looks hilarious (and yes, that's me).

While Oculus and HTC aren’t giving us their total sales numbers, for now, they are clearly still fully intent on supporting their developers while they create new and unique experiences. We may be entering the perfect time in the VR market for the platform as a whole to take off. With more computers being built that are able to process the games and with hardware becoming less expensive, it's clear that the sky is the limit for VR. (Next step is haptic feedback...)

In other words, I’m looking forward to seeing you all in the Oasis in about 3 years! 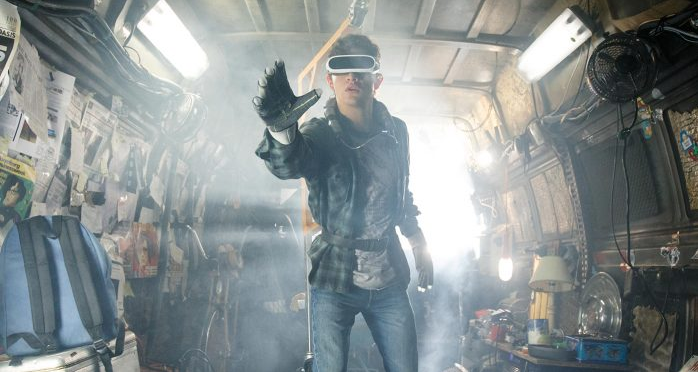 Published at DZone with permission of Colin Bish . See the original article here.