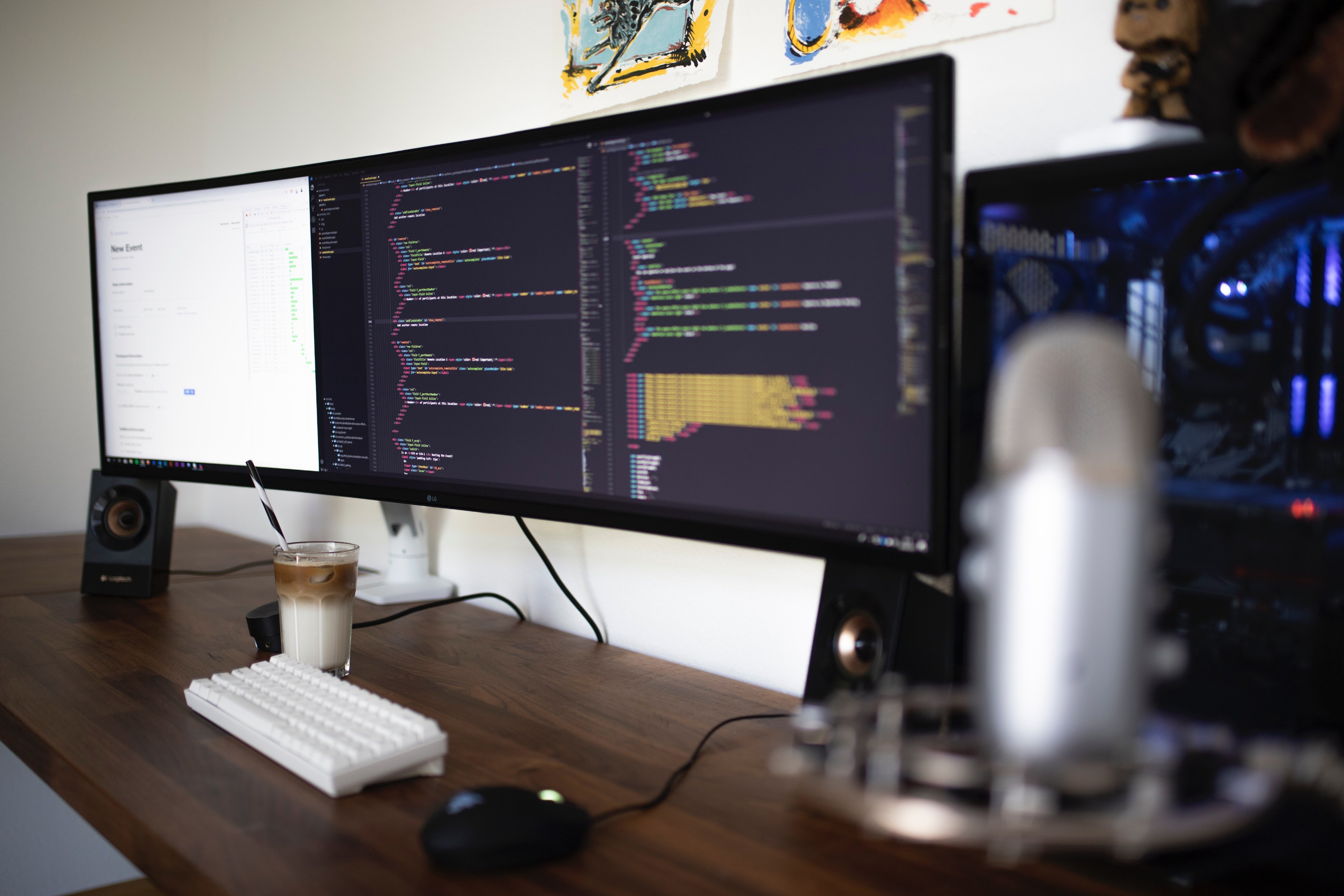 Here's a lineup of the most highly rated web UI tools.

At least a dozen brand new UI test automation tools have surfaced in the last few years. Since every tool has its own focus and strategy, it can be hard to know where to start. Looking for more guidance? Check out the top new UI testing tools below.

As any UI tester could contest, UI testing is relatively straightforward, as long as nothing in your GUI changes, but the problem is...things change all the time. Depending on the solution you’ve chosen for UI testing, changing conditions can either be a revolutionary experience with self-healing and AI locators, or an abysmal failure of convoluted manual workflows.

In an effort to achieve the former versus the latter, I've reviewed the top 10 new (or newish) UI testing tools that you should look at. (I also shared over here some great questions to ask yourself when evaluating UI testing tools, to make sure you end up with a tool that's the right fit and that can achieve what you need.)

Whichever tool you choose, all of these UI testing tools have great usability features and have put the user experience at the forefront.

Designed for: Existing Selenium users who are wasting too much time maintaining their test scripts.

Parasoft Selenic enhances an existing Selenium testing practice by adding AI-powered locators and self-healing. Integrating directly into your existing CI/CD pipeline, Selenic analyzes the Selenium tests at runtime, and if a failure is detected (e.g. due to a bad locator or wait condition), it will self-heal the test and provide recommendations on how to fix the test for future runs. Selenic’s recorder for Chrome generates Selenium tests that leverage the page object model for maximum maintainability.

Key takeaways: AI-powered recommendations for your existing Selenium tests make it easy to add this solution to your existing Selenium practice right away. As evidenced in Gartner Peer Insights, one of the best benefits of the solution is Parasoft’s world-class customer support, which has been recognized countless times and has supported over 30 years of software testing product innovation.

Designed for: Users looking for a middle ground between code and codeless testing tools.

For a free tool, Katalon does a lot, and is used heavily by system integrators for UI testing. Its recorder plugs into the Chrome browser so you can generate test cases, and then the tool builds them in the Katalon IDE using the page object model, so they are highly maintainable. At any point, you can execute your tests directly in their IDE, or export them to many different types of test scripts.

Pricing: Free for the basic Katalon Studio with paid plugins available as subscriptions through the marketplace. Enterprise support is available, but can get quite expensive.

Key takeaways: Users can start using Katalon without having any technical knowledge, creating test cases quickly thanks to the keywords in the program. It’s free to get going with Katalon Studio, but to get the benefit of some of those exciting innovative technologies, you’ll have to upgrade or purchase paid plugins.

Designed for: Users that are looking for a UI driven record-and-playback tool.

Selenium IDE is an open-source project that harnesses the power of Selenium into a Chrome plug-in, and makes it available for free. Getting started with Selenium IDE requires no additional setup other than installing the extension on your browser, aligning with the project’s driving philosophy of providing a tool that’s easy to use and gives instant feedback.

Key takeaways: Selenium IDE is simple to use, giving users the ability to rapidly create tests against their Web UIs. It is very Selenium friendly and will feel natural for those accustomed to the framework.

Designed for: Teams who aren't interested in writing tests and don’t want to establish a UI testing practice, meaning that you hand over the majority of the work to mabl.

mabl has a very different approach to UI testing – it’s less about tests and more about journeys. You log into their website, define a journey through your application, and then that’s it. They don’t really give you a test case or anything to really work on. From that point, they will allow you to periodically run that test and receive results about its successful execution.

Pricing: Tiered pricing based on the number of journeys executed

Key takeaways: mabl helps users improve the speed and quality of their release pipeline, with sophisticated auto-healing that keeps automation stable, regardless of changes to the application’s UI. mabl does what it does and the human takes a back seat to its prescribed analytics, so essentially you hand over your journeys to mabl and hope for the best. For some, that is great, but for others, that might be handing off too much control.

Designed for: Organizations looking for an out-of-the-box solution for UI testing that focuses on execution paths for complex workflows.

TestIM is a SaaS application, created by developers who realized that while they were spending time and energy maintaining automated testing environments, they were still anxious about how a simple bug fix might break another part of the application. So they created this incredibly easy-to-use solution for UI testing.

Pricing: Annual subscription based of number of tests executed

Key takeaways: It’s very easy to get access to the TestIM technology, and very easy to create a test case that works right, out-of-the-box. The sleek user experience makes self-healing look like magic (If I want a solution to improve my own user experience, I can probably trust a solution with a great user experience, itself, right?), but the main challenge with TestIM is that there’s no way to get access to the tests. Since all of the tests are in the TestIM framework, you’re at the mercy of their infrastructure, business model, and whatever happens with the company in the future.

Designed for: Manual testers or non-technical testers who are getting into BDD (they call it “ALP”) as a function of UI testing.

Functionize provides all the features you would expect from a full web UI testing tool, but with some additional advancements around locator strategy, including an autonomous testing pitch where tests can be created by simply using the application. This is all accomplished in their proprietary framework.

Key takeaways: Functionize’s AI seems to be capable of delivering on the organization’s promise to remove test churn, increasing the accuracy and efficiency of testers. But beware of vendor-lock here, as you consider how you might bring it into the flow.

Designed for: Users looking for a one-stop-shop for UI and mobile testing. Because it's scriptless, it is best suited for those looking to not write code.

Perfecto has been around for a while, and they’ve heavily focused on mobile testing, but they have a nice UI testing ecosystem that enables creation, maintenance, cloud execution, and reporting.

Designed for: Users who do not want to write code and are looking for advanced analytics to continuously validate their tests.

Key takeaways: TestCraft is a powerful SaaS application that enables testers to create fully automated test scenarios without coding. Users record their test cases on the UI and from that, TestCraft will create a model for every test flow, with a visual indication of the different paths that your test will execute. This makes it approachable for users that have complex usage patterns.

Designed for: Coders who are looking for assistance with creating Selenium scripts. They are familiar with the code, and want to build more structured scripts, but don’t want to spend time building the scaffolding themselves.

Webtestit is a brand new offering from Ranorex (released July 2019), a company known for their desktop automation tools. It’s code, pure code, and Ranorex has taken a “design first” approach rather than record-and-playback. You can interact with your user interface and build your scripts through helper actions in their proprietary IDE. It's still a little unclear where Ranorex Studio stops and Webtestit begins, but this should become clearer over time.

Key takeaways: Organizations looking to have an assistive tool for code creation will likely find this solution useful. Without record-and-playback, users are encouraged to build from the bottom-up rather than top-down. In combination with their Selocity Chrome plug-in, users can draw out pages as objects and import them into the webtestit tool, making it very friendly for those looking to use the page object model.

Designed for: Users looking for an interesting hybrid between code and codeless solutions. (There’s code, but it’s aided by natural language processing.)

AutonomIQ has a powerful message around AI and machine learning, but what does it do? The tool provides a three-step process for UI test automation. It begins by discovering your application through its AI, and then building test cases from that discovery process. The third step is using their analytics engine to monitor and maintain the test cases.

Key takeaways: It seems like this technology has it all and does it all. So why is it at the very bottom of my list? Because I haven’t been able to find a customer of theirs with any real case studies or usage. But if their solution can get to the potential results, it could be quite disruptive.

Scriptless Testing Is Not Just Record and Playback