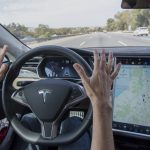 as with so many new technologies, driverless vehicles have been accompanied by an awful lot of hype, both around what they will be capable of doing, how this might benefit society, and, of course, the impact the technology will have on jobs.

there have been studies in a number of these areas. for instance, one from last year looked at the productivity claims of driverless technology.

“currently, in the u.s., the average occupant of a light-duty vehicle spends about an hour a day traveling—time that could potentially be put to more productive use,” the authors say. “indeed, increased productivity is one of the expected benefits of self-driving vehicles.”

the report suggests that for many of us, however, this productivity gain may be illusory. indeed, the report suggests for roughly one in three of us, we’d be so scared about having the car drive itself we wouldn’t let our eyes leave the road. a further 23% revealed that they wouldn’t want to set foot in them in the first place.

it went on to suggest that the time saving may be minimal, as the average journey is 19 minutes, thus leaving minimal time to be really absorbed in a task. respondents revealed however that their most likely task would be reading or communicating with friends and family.

a recent paper suggests that we may need to carefully manage the expectations of the public so that when driverless technology does become more mainstream, they aren’t left rather disappointed.

the paper examined how people felt about the technology when they were given a slightly more realistic picture of what will emerge than what they have been led to believe by many hyperbolic media stories.

“a lot of the public discourse to date about the capabilities of vehicle automation has been based on unrealistic expectations about the role of the human operator,” the authors say.

“will people accept a self-driving car that is safer than a human driver but that requires them to constantly monitor the automation in anticipation of the rare occasions when intervention will be necessary?”

participants in the study were given a short vignette about a friend who had recently begun using a driverless car. the vignette covered their first six months of going driverless, with participants then asked a number of questions about the technology and their inclination to go driverless themselves.

the participants received two versions of the story. the first was a highly idealized version whereby cars function with little or no human intervention. the second was more realistic and required humans to keep a watching brief on the technology. when the data was crunched, it emerged that people tended to be more swayed by the rose-tinted version.

the authors suggest this may be stirring up trouble down the road as these expectations may struggle to be met.

“current reports suggest a rush to design the human out of the driving system altogether – a goal that is ambitious but probably untenable for the time being,” they conclude. “instead, a focus on designing effective cooperation and interaction between humans and automation likely will be necessary for self-driving cars to be deployed effectively. i see tremendous potential for this technology to make the roads safer for everyone.”