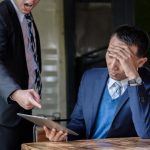 it's perhaps tempting to think of management as an overwhelmingly positive thing, with its higher pay, high levels of career mobility, new-found authority and influence. a recently-published study from portland state university reveals that the realities of managerial life are more of a mixed bag, with challenges in terms of switching off a particular concern.

the researchers tracked around 2,000 employees, and found that the largest gains and losses in their personal resources came when they were promoted into management. on the positive side, most people who moved into management reported higher satisfaction as a result of the increased freedom and authority they had. they also reported, however, that they struggled to juggle the heavy workload, often resulted in longer hours being worked, and higher exhaustion levels.

the importance of detaching

the work reinforces the importance of being able to detach outside of working hours, both for our overall well-being and our productivity levels. the authors of the study recommend that companies restructure the work managers do so that they're not subjected to constant time pressures.

"organizations need to encourage managers to regularly take time to mentally let go of work — to not check emails, to not be on calls at home, to actively engage with their families or hobbies — so the impact on exhaustion and work-family conflict is not as strong," they say.

by doing this, the company can not only improve the well-being of the managers themselves, but also enhance the profitability of the company. not only do managers have a greater level of productivity when they achieve this balance, but they have reduced sick leave and a decrease in employee turnover significantly reduces costs.

"supervisors are responsible for others and if they're burned out or not satisfied in their role and their work, that trickles down," the researchers explain. "they're not only impacting themselves on an individual level; they're impacting a whole workgroup. managers are highly influential in terms of employees' work experiences, so they need to be taken care of. "

thankfully, they believe there are a number of early adopter organizations who get this general principle and have created a more flexible environment for employees at all levels.

"they're creating flexibility for their employees about where and when to work, allowing them to create boundaries and encouraging supervisors to support their employees around creating work-life balance," the authors conclude.