It will soon be twenty years ago when I met a guy named Darren. We were both consultants working early in our careers on new and emerging technologies. Well, they were new technologies at the time. Before long, we found ourselves on the first of many projects working together. 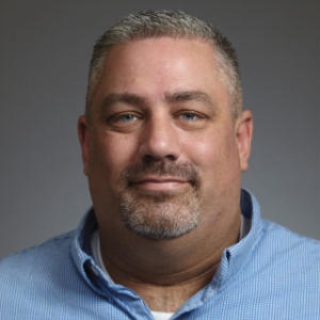 As I think back, I actually met Darren a few years earlier without even knowing it. He played college football for Butler University and I often attended the games as an alumnus looking to take in a Saturday afternoon match-up. I had no idea that one of those starting players racing to the line of scrimmage would soon be a professional colleague of mine. Furthermore, I had no inkling that within twenty years he would be the core reason why I became a technologist at CleanSlate Technology Group.

In those twenty years, I have heard a great deal of edge-of-your-seat stories, as Darren has had some pretty exciting ... and comical ... adventures. A majority of those stories are not really proper for the DZone audience. However, I wanted to pass along some valuable lessons Darren has taught me.

We Have a Thousand Tickets — There Is No Hope!

Darren was brought onto a project as a developer but soon was placed in the cross-hairs of a myriad of issues facing the client's production support group. The lead for the team was in a state of panic and told Darren "we have a thousand open service tickets." Clearly, this individual felt like there was no hope for this endless sea of defects flooding the client's service desk system.

Calmly, Darren looked at the list of tickets and asked, "why don't we just take one?"

The team lead agreed and they opened up one of the high priority tickets.

Within a few minutes, Darren recognized the issue and was able to confirm his assumptions for the issue at hand. Working with one of the production support developers, he provided the guidance and direction to resolve the issue and validate the fix via a unit test.

Darren looked at the team lead and said, "Now we have nine-hundred and ninety-nine open tickets. Let's find another one."

Lesson Learned: when dealing with what seems like an impossible situation, take small steps to make progress. In doing so, improvements will be made - with the potential to resolve multiple/related issues at the same time.

This is a bit dated, but when Java began to gain momentum there was a school of thought that developers should really consider taking a course on C, before learning Java. The rationale was that having an understanding of the language which Java itself was built from will provide a more complete learning experience.

Ahead of his time, I distinctly recall Darren having this simple opinion, "if you want to learn Java, take a class on Java."

While this thought sounds in line with today's views on education, at the time this was truly out-of-the-box thinking. The thought was that having a strong understanding of the foundation by which the language was written was just as important as learning the language itself.

The reality is that things continue to change and evolve so often that it is better to focus on learning that actual target topic. After training, the real learning will begin when the education is put into practical use.

Lesson Learned: find education solutions that are laser-focused on providing the necessary training in order to be productive quickly in that given topic.

Can't Have a Medium Without a Small

Darren wanted to order a pizza, so he called a very popular option in the United States — focused on providing take-out pizza. Since he was on the road, the pizza would be his (and only his) dinner. He was surprised when he asked about their size options and current specials.

The individual ready to take his order told him they had a special for a medium-sized pizza, then talked about their large pizza specials, and their extra-large pizzas.

The attendant taking Darren's call unexpectedly responded with "we don't have a small-sized pizza. Only medium, large, and extra-large."

I can't recall what Darren ended up ordering, but this spawned his effort to point out all the situations where a small option does not exist. From fast-food chains to coffee shops, to even non-food products, corporations are trying to re-label their sizes as a tactic to have customers believe they are getting more for their money.

In talking with Darren, this would be to say to an Agile team, "we are no longer going to score stories as a half-point or even a one point story in our planning poker."

Lesson Learned: inflating the perception of a product or service provides nothing more than a psychological benefit to the target audience.

Lastly, I wanted to bring up two examples of not-so-great customer service that Darren has relayed to me over the years.

The first is related to another popular pizza chain in the United States. Different than the example above, this pizza service is known for providing a meal that you can bake in your own oven. Hot and ready when you are ready to eat.

During Valentine's Day, they offer a heart-shaped pizza. Darren's children wanted to have that pizza. So, Darren stopped by to pick up a pizza.

There was one small problem. The heart-shaped pizza contained cheese and pepperoni, but Darren's children only wanted cheese on their pizza.  One would think it would not be a big deal... just leave them off.  However, neither the person taking the order or the manager would make the pizza with only cheese.

Darren ended up picking off the pepperoni on the way home, which provided a light snack for him to enjoy.

The second example was related to a party store which sold helium balloons. Darren stopped by to pick up a dozen for a birthday party.

When he asked to order twelve balloons, he was told that an order of more than six balloons required 24-hour notice. The store was empty at the time, just Darren and the few people working there.

He asked if they could start making his twelve balloons and simply stop to help others if anyone showed up while the balloons were getting made. The clerk behind the counter refused.

Finally, Darren decided to order six balloons plus a disguise mustache. He told the clerk that he was going to take his six balloons and leave, then return wearing the fake mustache and order six more balloons.

The clerk told him that this would not work, either. Darren then responded with, "Well that is not a very good disguise mustache, is it?"

To that comment, the clerk laughed and saw Darren's point of view. She then made all twelve balloons and the disguise mustache was not required.

Lesson Learned: not-so-great customer service is not something you can control. However, you can control how you handle such situations in order to yield a positive result.

Darren's perspective on life and his approach to solving problems have continued to be an inspiration to me, still twenty years after we first started working together. While not overly active on Twitter, you can follow him at https://twitter.com/team_mills or via the tag @team_mills. Who knows, you might learn something sooner than you realize.

Just this week, we have talked about design ideas and challenges that are part of our current projects. Yes, we are currently working on a project together. Twenty years later and the working relationship continues to grow and prosper.

When you find someone like Darren in your career, take note and always keep in contact. I am certain that decades later you will also benefit from having an inventory of wonderful experiences.