The 21st century is the age where all the devices that we use are connected to an invisible web. This connectivity enhances the ease of use of those devices. As long as devices are able to communicate within themselves, their functionality increases to a manifold. This idea is what the Internet of Things or IoT is all about.

We see, nowadays, that cars, homes, and offices are all connected together to form an interface for the user. Data scientists are of the opinion that by 2020, the total number of IoT devices will be thrice as much as the population of the entire world. That speaks for its popularity and its relevance. With an increased number of connected devices, the number of IoT developers are also on the rise.

Things to Remember When Becoming an IoT Developer

Here, we put forward some of the things that matter the most, if you are developing an application for the Internet of Things. There are a few factors taken into consideration. Let’s have a quick glance at these:

1. Understanding the Importance of Sensors

Be it a self-driven Tesla or an automatic floor washer, sensors are everywhere. You should have a deep understanding and insight of these sensors. Knowledge about the mechanism of how they work and what their architecture is like is critical.

IoT developers also have to have immense depth and information about wireless communication systems and embedded logic. They should be able to effectively understand what triggers the functionality of what. Mostly, computer science and electrical engineering students are most preferred for this job.

But, that doesn’t mean normal people cannot afford to learn IoT. There are a whole lot of institutes that offer in-depth courses on sensor development for students from all backgrounds. You can also find lots of kits of sensors and wireless devices, which you can effectively learn on your own. 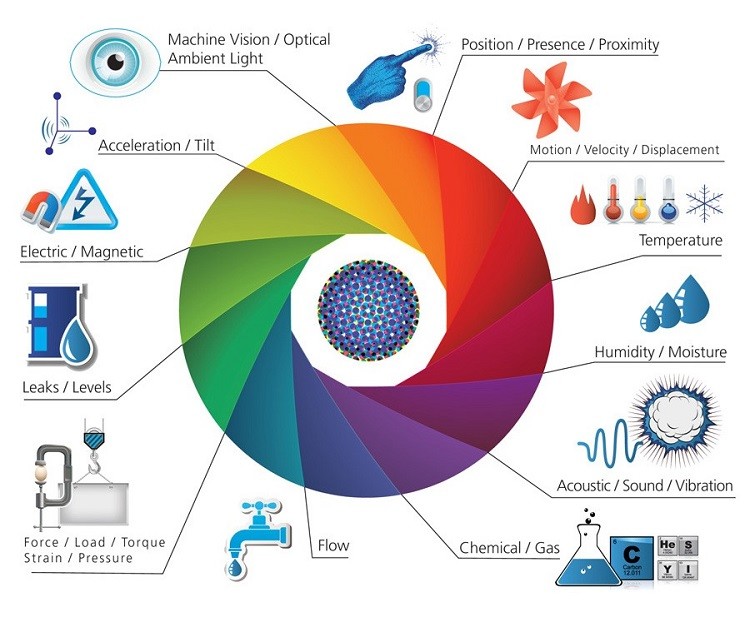 UX is a vital part of any IoT product. That is because it is the only medium with which the machines are able to interact with the user. A normal user won’t be able to make out the myriad complexities in the system. The user interface should be able to guide him if anything goes wrong.

Even if it is the first time for a user, the UI should be fluid and lucid enough to guide him through everything. Even the most advanced devices cannot gain ground if an advanced UI is not leveraged.

Most IoT devices are programmed with the help of advanced and effective languages, like JavaScript or Python. So, it is a good idea to start off with in-depth skills of these programming platforms. A web-based language, like JavaScript, is ideal for the backend. Being the event-centric language that JavaSript is, it is one of the best to receive reacts from devices. In the coding department, Python is quite unmatched.

It is never a hard and first rule that only computer science students can become IoT developers. While they really have an advantage, normal people can also very well start off with IoT. Researchers are of the opinion that miniature computers, like Raspberry Pi and Particle Photons, have immense potential. Newbies can use them to understand how hardware work in correlation with software.

It can also be understood of how software is responsible for giving life to the thousands of circuits that are embedded in a system. Developers need to understand that connected devices are not so powerful when it comes to their raw CPU performance. So, test your product on a small-scale device, like Raspberry Pi. This can give you enough idea of how it is going to perform on a broader platform.

Smartphones and smartwatches are seeing an exponential curve regarding their functionality over time. The technology you are going to build must consume less power, while still delivering strong performance. You have to master skills related to mobile technology.

Cost is an important area of any project. If you want to be an IoT developer, you should maintain the least amount of expenses for your work. In the IoT space, nothing is cheap, as a lot of technologies are implanted to make things work. Still, you have to strike a balance between cost and efficiency.

The ‘Things’ part of IoT is mostly hardware. You need to have good hardware skills, and you have to keep certain parameters of the hardware in mind. How the hardware reacts to environmental conditions is an important part of your planning. You also need to have a keen eye on how much data is incoming and outgoing.

Machine learning has become one of the major parts of IoT. It is by machine learning that the devices can put forward themselves as a complete model. In this model, no devices segregate them from one another. IoT demands cognitive computing techniques drawn from data mining, modeling, statistics, machine learning, and AI. The developer should have a keen knowledge on these and leverage his skills for examining the data.

You should make sure that your skills are cutting edge. Technologies are changing every day. If you are not able to get hold of the skills in current technology, you won’t be able to cope up with technologies of the future. Sensors will change, computers will behave differently, and the world would need advancements in IoT.

It is important for developers to collaborate. A whole lot of new and young software developers often fail because of the lack of proper exposure. Don’t be one of them. Join a developer community where you can freely talk about your product to entrepreneurs and inventors. Share your ideas and follow their suggestions.

Published at DZone with permission of Hemendra Singh. See the original article here.