Few years ago I got to learn a bit about Linux in order to deploy my application on remote deployment servers and I used to get it done using few comments and I never really bothered to learn Linux. A year ago one of my friend suggested to look at Ubuntu which is a Linux OS with a nice Desktop Environment (DE). I installed Ubuntu on VirtualBox and played with it couple of days and left it because it was too slow on my VirtualBox.

Why Do I Want to Learn and use Linux as My Primary Desktop OS?

Once I decided to use Linux as my desktop OS, I started looking for the better Desktop Linux distros for beginners like me and I found that following are better among the hundreds of Linux distros. 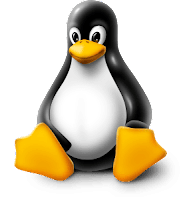 I have installed all of them on my VirtualBox to see which one is best. After trying all of them I settled on Linux Mint.

Fedora is Redhat's play ground for Redhat Enterprise Linux (RHEL) and CentOS is a kind of open source version of RHEL built by community. Both Fedora and CentOS looks good but they are ass friendly as Ubuntu based distros for beginners.

ElementaryOS is the most beautiful OS among all the distros I have tried. It is a very light weight distro with fantastic look and minimal applications installed. If you are a casual user who uses your computer just for internet browsing, watching videos, play music, write some documentation then it is the best choice.

PinguyOS, which is a Ubuntu derivative, is a perfect distor for those who want everything to be pre-installed. It has most of the commonly used applications installed already. But it is too heavy and slow also.

I have tried OpenSUSE, Zorin, Deepin, Bodhi, Manjaro etc also and they are good.

Linux Mint Cinnamon GUI looks almost like Windows 7 and the kind of customizations it provides is awesome. I liked Linux Mint very much among all the distros I tried and finally installed it on my laptop using it as my primary OS.

I am not a Photoshop user, I am not a gaming person and I am not really heavy user of MS Office. So I can live with some limitations.

By using Linux OS I don't have to worry too much about viruses (I know Linux also can get viruses but not as much as Windows), thousands of free apps and it is free :-).

The best part of using Linux OS is I am understanding little bit more about how operating systems work.

Published at DZone with permission of SivaPrasad Koka. See the original article here.