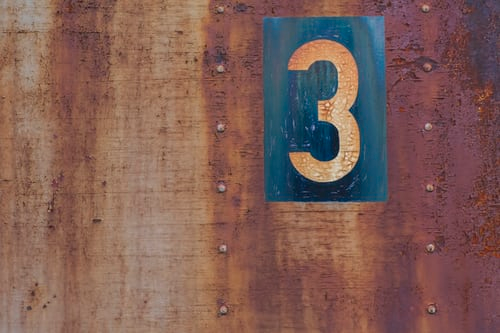 There is folklore everywhere, even in the relatively new area of graph databases. Some of the myths you may hear were valid several months or even years ago, but this is a fast-moving graph database market. Let’s examine a couple of yesterday’s myths and today’s truths for comparison.

There is only one “scalable graph database” in existence.

Despite marketing claims, there is NOT only one scalable graph database in this world.

The scale of analytical functions is perhaps one of the biggest differences between vendors of graph databases. For analytics, a couple of vendors support multi-hop and multimode in-depth analysis of a lot of data. The majority of vendors are more transactional, better at INSERT/DELETE/UPDATE operations. If you’re scoping out a graph database for more than just graph algorithms, be sure to put it to the test with your mixed workload before making a choice.

Vendors often use benchmarks to prove scalability, but scalability is better when it’s linked to your unique workload than a mythical one. Besides, there are things you should compare that don’t always make it into the benchmarks:

Your database selection should be based on real-world analytics and the task at hand.

Graph databases are primarily for “graphy” analytics like friend-of-a-friend and PageRank.

Sure, if you want to do PageRank or shortest path analytics, graph databases are the best solution and best performing solution. For those who are trying to do PageRank and other graph algorithms in an old-school RDBMS, it’s a tedious process that often involves moving data, performing big JOINs, and running compute-expensive aggregate functions. No matter if you’re using an RDF triple store or a labeled property graph (LPG), you can speed through graph algorithms with just about any graph database.

However, the power of the graph database lies in certain aspects of the database’s capability to do inferencing, handle ontologies, understanding linked data, and even data warehouse-style BI analytics. Many RDF databases support logical reasoning during application runtime to answer queries about facts that have not been explicitly saved. Inferencing capabilities can create new relationships and insight based on the vocabularies or ontologies in the existing data.

There are many, many ontologies to help you gain insight. For example, a popular one is the FIBO ontology or Financial Industry Business Ontology. FIBO is a formal model of the legal structures, rights, and obligations contained in the contracts and agreements that form the foundation of the financial industry. It can go far in helping you manage data and gain insight into a financial services organization.

Some graph databases can also perform standard data warehouse-style analytics. SPARQL, Gremlin, and for the most part Cypher, are all capable of what you might consider the standard analytics. When you are running analysis, you’ll need functions like aggregates, Count/Avg/Min/Max, ORDER BY and offsets, Functions on Strings, Numerics and Dates and Times. These available to you on some graph databases, just like an RDBMS.

Many professional cooks loath have a device taking up space in their kitchen that does just one thing. As in your kitchen drawer, you should think twice about having a database that is just about graph algorithms. These days graph databases are far from that niche and can do a lot more than graph algorithms.

You have to decide between a property graph and a triple-store. Either way, you have to give up something

So much has been written about property graphs versus triple stores. A good example is a write-up by Jesus Barrasa. This thought piece was initially presented at a conference in 2016 and later written as a DZone article in 2018. The article talks about some of the differences in data models and some of the shortcomings of RDF. This article was initially written in 2016 when it was most definitely true. It was somewhat true in 2018, but these days, it’s outdated.

Most modern RDF triple-store graph databases, including BlazeGraph, Amazon Neptune, and AnzoGraph DB, have adopted the SPARQL* (pronounced ‘Sparkle Star’) standard, which allows for property graphs and provides for most of the functions offered by the property graph databases. With modern triple-stores, you can have multivalued properties on a triple. You can use either quads or properties for named graphs. Yes, you can qualify instances of relationships because the modern RDF supports properties, and so on.

RDF triple-stores still shine when it comes to supporting standards, however. Standards were a significant motivation years ago when Tim Berners-Lee et al. decided that data should be shared on the web in a standardized format called RDF. Many large corporations and government agencies still use the RDF model and will likely adopt the RDF* model once it becomes official.

RDF triple-stores are still better at OWL ontologies and inferencing than other solutions, however. Inferencing is an automatic procedure that can generate new relationships based on the data and based on some additional information in the form of a vocabulary.

Are There More Myths?

So much of the focus of graph databases is on graph algorithms, mostly because the money in the market is pushing this concept. However, graph databases are far more valuable than finding friends of friends on social networks. As my colleague Sean Martin writes, data integration is the killer application for graph databases. There is power in being able to manage multilayer network topologies, leveraging OWL, and ontologies for additional intelligence, and enriching your data.

The Benefits of Graph Databases [Infographic]