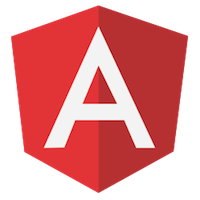 i’ve been avoiding even thinking about the latest rev of angular as every time i did look at it, i came away with a headache. it was weird and the docs were even weirder. i saw plenty of blog posts on the topic, but in general they dealt with one small slice of angular 2 and were too confusing for me to grok.

over the holidays, i checked out the web site again (angular 2 can be found at https://angular.io/ whereas angular 1 is still at the old site: https://angularjs.org/ ). i tried the five minute quick start and while it took me a bit more than five minutes, it made a bit of sense. it certainly wasn’t crystal clear to me, but it wasn’t crazy either.

i then went through the tutorials and things began to make even more sense. i’m far from being even close to being able to build a demo with it, but the basics are beginning to click for me.

there were three things in particular i ran into that caused me grief.

2) the @component stuff was terribly confusing to me until it finally sank in that those blocks are providing metadata to the classes. it seems so obvious now, but i just couldn’t understand what in the heck stuff like this was doing:

3) one thing i really didn’t like in angular 2 was all the different types of “syntax sugar” being used in templates. here are just a few examples: [(ngmodel)]="foo.name" and *ngfor and (click)="something" . i figured there was no way in heck i’d be able to get that right. luckily, there’s a great cheat sheet that nicely documents all this and is easy to use.

so, what’s next? i plan on making my way slowly through the rest of the docs. i’m also going to reread the tutorials a few times. i then need to make the time to look at ionic 2 .

for a while now i’ve been telling people that (at least in my opinion) it was too early to start playing with angular 2. now, i definitely feel like it would be a great time to start playing with it and possibly even building real apps with it. i’d love to know what my readers think, so leave a comment below. are you using angular 2 yet, or have you been holding off?