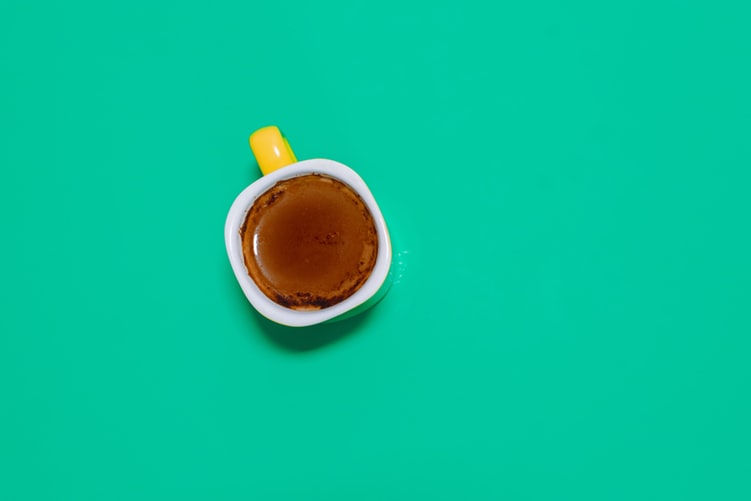 Be sure you're keeping Javadoc up-to-date

There are many projects where the documentation is not up-to-date. It is easy to forget to change the documentation once the code has changed. The reason is fairly understandable. There is a change in the code, then we need to debug, and then, hopefully, we change it in the tests (or the other way around in the reverse order if you are more TDD). Finally, you have the joy of a new functioning version. Then, the happiness over the new release makes you forget to perform the cumbersome task of updating the documentation.

You may also like: Best Practices for Code Documentation in Java

In this article, I will show you an example of how to ease the process and ensure that the documentation is at least more up-to-date.

The tool I use in this article is Java::Geci, which is a code generation framework. The original design aim of Java::Geci is to provide a framework in which it is extremely easy to write code generators that inject code into already existing Java source code or generate new Java source files. Hence the name: GEnerate Code Inline, or GEnerate Code, Inject.

What does a code generation support tool do when we talk about documentation?

On the highest level of the framework, the source code is just a text file. Documentation, like Javadoc, is text. Documentation in the source directory structure, like markdown files, is text. Copying and transforming parts of the text to other location is a special form of code generation. This is exactly what we will do.

There are several ways Java::Geci supports documentation. I will describe one of these in this article.

The way is to locate some lines in the unit tests and copy the content after possible transformation into the Javadoc. I will demonstrate this using a sample from the apache.commons.lang project current master version after release 3.9. This project is fairly well documented, although there is room for improvement. This improvement has to be performed with as little human effort as possible. (Not because we are lazy, but rather because the human effort is error-prone.)

It is important to understand that Java::Geci is not a preprocessing tool. The code gets into the actual source code and it gets updated. Java::Geci does not eliminate the redundancy of copy-paste code and text. It manages it and ensures that the code remains copied and created over and over again whenever something inducing change in the result happens.

If you have already heard about Java::Geci, you can skip this chapter. For the others, here is the brief structure of the framework.

Java::Geci generates code when the unit tests run. Java::Geci actually runs as one or more unit tests. There is a fluent API to configure the framework. This essentially means that a unit test that runs generators is one single assertion statement that creates a new Geci object, calls the configuration methods and then calls generate(). This method, generate() returns true when it has generated something. I

f all the code it generated is exactly the same as it was already in the source files, then it returns false. Using an Assertion.assertFalse around it will fail the test in case there was any change in the source code. Just run the compilation and the tests again.

The framework collects all the files that were configured to be collected and invokes the configured and registered code generators. The code generators work with abstract Source and Segment objects that represent the source files and the lines in the source files that may be overwritten by generated code. When all the generators have finished their work, the framework collects all segments, inserts them into Source objects, and if any of them significantly changed, then it updates the file.

Finally, the framework returns to the unit test code that started it. The return value is true if there was any source code file updated and false otherwise.

The Javadoc example is to automatically include examples into the documentation of the method org.apache.commons.lang3.ClassUtils.getAbbreviatedName() in the Apache Commons Lang3 library. The documentation currently in the master branch is:

The problem we want to solve is to automatize the maintenance of the examples. To do that with Java::Geci, we have to do three things:

The second change is a new file, org.apache.commons.lang3.docugen.UpdateJavadocTest. This file is a simple and very conventional unit test:

The next thing we do is that we register the different generators. Generators, especially code generators, usually run independent and thus the framework does not guarantee the execution order. In this case, these generators, as we will see later, very much depend on the actions of each other. It is important to have them executed in the correct order. The framework let us achieve this via phases.

The generators are asked how many phases they need, and in each phase, they are also queried if they need to be invoked or not. Each generator object is created using a builder pattern, and in this, each is told which phase it should run. When a generator is configured to run in phase i (calling .phase(i)), then it will tell the framework that it will need at least i phases and for phases 1..i-1 it will be inactive. This way, the configuration guarantees that the generators run in the following order:

Technically, all these are generators, but they do not "generate" code. The SnippetCollector collects the snippets from the source files. SnippetAppender can append multiple snippets together, when some sample code needs the text from different parts of the program. SnippetRegex can modify the snippets before using regular expressions and replaceAll functionality (we will see that in this example). SnippetTrim can remove the leading tabs and spaces from the start of the lines.

This is important when the code is deeply tabulated. In this case, simply importing the snipped into the documentation could easily push the actual characters off of the printable area on the right side. SnippetNumberer can number snippet lines in case we have some code where the documentation refers to certain lines. SnipetLineSkipper can skip certain lines from the code. For example, you can configure it so that the import statements will be skipped.

Finally, the real "generator" that may alter the source code is MarkdownCodeInserter. It was created to insert the snippets into the Markdown-formatted files, but it works just as well for Java source files when the text needs to be inserted into a Javadoc part.

lines. This helps to separate the manual and the generated code. The editor-fold is also collapsible in all advanced editor so you can focus on the manually created code.

In this case, however, we insert into segments that are inside Javadoc comments. These Javadoc comments more like Markdown than Java in the sense that they may contain some markup but also HTML friendly. Very specifically, they may contain XML comments that will not appear in the output document. The segment start in this case, as defined by the MarkdownSegmentSplitHelper object, is between:

The comparator has to be specified for a very specific reason. The framework has two comparators built-in. One is the default comparator that compares the lines one by one and character by character. This is used for all file types except Java. In the case of Java, there is a special comparator used, which recognizes when only a comment was changed or when the code was only reformatted. In this case, we are changing the content of the comment in a Java file, so we need to tell the framework to use the simple comparator, or else it will not realize we updated anything. (It took 30 minutes to debug why it was not updating the files first.)

The final call is to generate() that starts the whole process.

The unit test code that documents this method is org.apache.commons.lang3.ClassUtilsTest.test_getAbbreviatedName_Class(). This should look like the following:

I will not present the original here because the only difference is that the two snippet ... and end snippet lines were inserted. These are the triggers for the SnippetCollector to collect the lines between them and store them in the "snippet store" (nothing mysterious, practically a big hash map).

The really interesting part is how the Javadoc is modified. At the start of the article, I already presented the whole code as it is today. The new version is:

The important part is where the lines 15...20 are. (You see, sometimes it is important to number the snippet lines.) The line 15 signals the segment start. The name of the segment is test_getAbbreviatedName_Class and when there is nothing else defined, it will also be used as the name of the snippet to insert into. However, before the snippet gets inserted it is transformed by the SnippetRegex generator, it will replace every match of the regular expression:

Since these regular expressions are inside a string that is also inside a string, we would need \\\\ instead of a single \. That would make look our regular expressions look awful. Therefore, the generator SnippetRegex can be configured to use some other character of our choice, which is less fence-phenomenon prone. In this example, we use the tilde character and it usually works. What it finally results when we run it is:

Document updating can be automatized. At first, it is a bit cumbersome. Instead of copying and reformatting the text, the developer has to set up a new unit test, mark the snippet, mark the segment, and fabricate the transformation using regular expressions. However, when it is done, any update is automatic. It is not possible to forget to update the documentation after the unit tests changed.

This is the same approach that we follow when we create unit tests. At first, it is a bit cumbersome to create unit tests instead of just debugging and running the code in an ad-hoc way and see if it really behaves as we expected, looking at the debugger. However, when it is done, any update is automatically checked. It is not possible to forget to check an old functionality when the code affecting that changes.

In my opinion, documentation maintenance should be as automatized as testing. Generally, anything that can be automatized in software development has to be automatized to save effort and to reduce the errors.

A Guide to Formatting Code Snippets in Javadoc