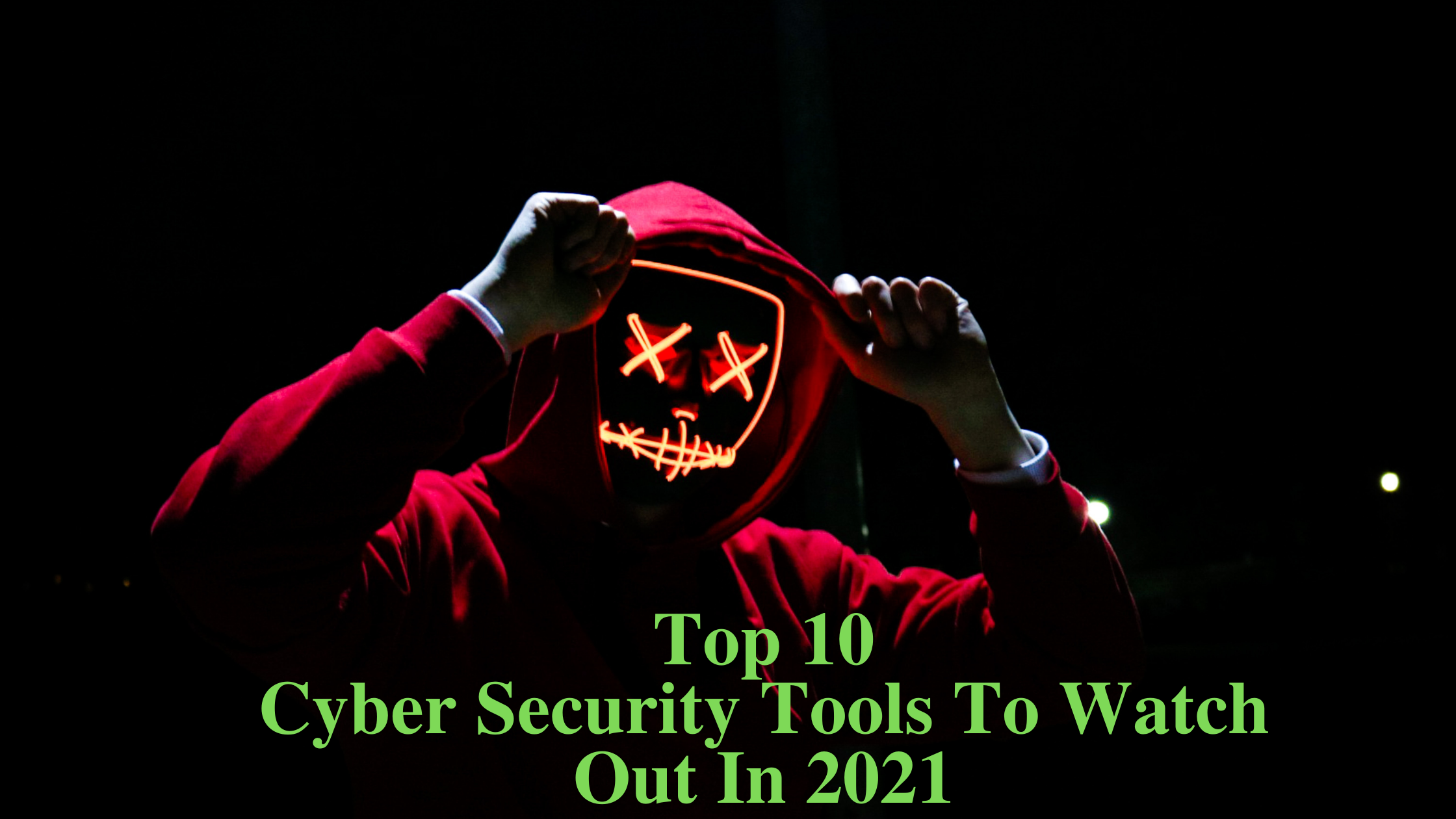 With an immense number of companies and entities climbing onto the digital bandwagon, cybersecurity considerations have come up as limelight. Besides, new technologies such as Big Data, IoT, and Artificial Intelligence/Machine Learning are gradually more making inroads into our everyday lives, the threats related to cybercrime are mounting as well. Additionally, the usage of mobile and web apps in transacting financial information has put the complete digital stuff exposed to cybersecurity breaches. The inherent risks and vulnerabilities found in such apps can be exploited by attackers or cybercriminals to draw off crucial information data counting money. Internationally, cyber-security breaches have caused a yearly loss of USD 20.38 million in 2019 (Source: Statista). Plus, cybercrime has led to a 0.80 percent loss of the entire world’s Gross domestic product, which sums up to approx. USD 2.1 trillion in the year 2019 alone (Source: Cybriant.com).

Statista Report 2018 “Security Threats at All-Time High”. The no. of security threats or vulnerabilities in all kinds of Information Technology software is at an all-time high. 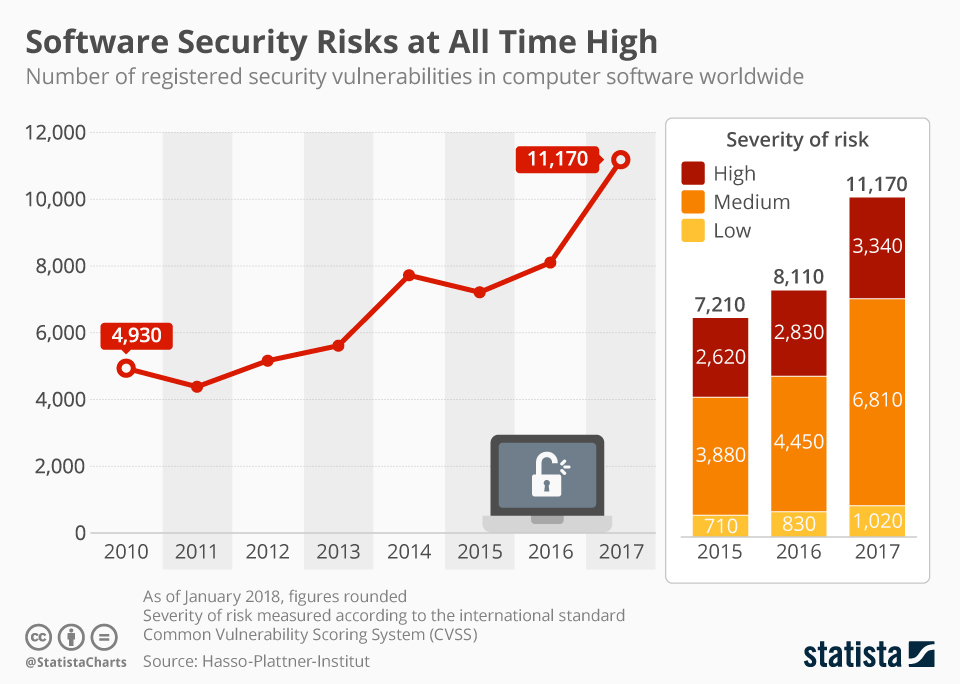 Even the spiraling pandemic has introduced a distressing impact on several enterprises and companies worldwide, the majority of companies arbitrarily attempted or moved their business sections to the untouched or unaffected digital space. Most security funds were, yet, also battered as a collateral outcome of the complete economic downturn. The shrinking budgets mainly exacerbated traumatic digital transformation by gross disregard of privacy and cybersecurity components of the subtle process.

To stem the rot and preempt adverse penalties of cyberthreat or crime, like losing client trust and brand repute, cybersecurity testing should be made compulsory. Cybersecurity expense is nonetheless forecasted to rebound and hit again in the year 2021, giving relief for exhausted CISOs, and their shattered IT, cybersecurity teams. Meanwhile, I would like to acquaint you with a series of best cybersecurity tools that can make a palpable divergence for your overall security program and 2021 budget plans.

What Is Penetration Testing?

The penetration test is a kind of Security testing that is carried out to assess the security of the system (software, hardware, information system, or networks environment). The main objective of this type of testing is to scrutinize all the security risks or vulnerabilities that are found in an app by assessing the system’s security with malevolent techniques and to safeguard the data from the hackers and manage the system’s functionality. Penetration testing is a kind of Non-functional test which intends to make official attempts to breach the system’s security. It is also called a Pen Test or Pen Testing and the QA engineer or tester who performs this testing is considered as a pen tester aka ethical hacker.

What Are the Best Cyber Security Tools for 2021?

Any app security testing method shall require the conduct of a functional test. This way, several security issues, and vulnerabilities can be detected, which if not rectified in time can result in hacking. There are a plethora of paid and open source testing tools available in the market. Let’s discuss the top 10 cybersecurity testing tools to look out for in 2021:

NMap is a short form of Network Mapper. NMap is an open-source and free security scanning tool for security auditing and network exploration. It works on Windows, Linux, HP-UX, Solaris, BSD variants (comprising Mac OS), AmigaOS. NMap is used to detect what hosts are accessible on the network, what versions and OSs they are running, what services those hosts are providing, what kind of firewalls/ packet filters are in use etc., Several network and systems administrators find it beneficial for regular jobs like check for open ports, maintaining service upgrade schedules, network inventory, and monitoring service or host uptime. It comes with both GUI interfaces and command line

It is one of the best tools and freely accessible open-source pen-testing tools. Generally, it is one of the network protocol analyzers, it allows you to capture and coordinatively browse the traffic running on a system network. It runs on Linux, Windows, Unix, Solaris, Mac OS, NetBSD, FreeBSD, and several others. Wireshark can be extensively used by educators, security experts, network professionals, and developers. The information that is recovered through the Wireshark software testing tool can be viewed through a Graphical User Interface or the TTY-mode TShark utility.

It is a computer security project that offers the user with vital information about security risks or vulnerabilities. This framework is an open-source pen test and development platform that offers you access to the recent exploit code for several apps, platforms, and operating systems.  Some of the jobs that can be attained in Metasploit from a pen test perspective comprise vulnerability scanning, listening, and exploiting known vulnerabilities, project reporting, and evidence collection. It has a command-line and Graphical User Interface clickable interface that works on Linux, Windows, as well as Apple Mac OS. Metasploit is a commercial tool but it comes with an open-source limited trial.

This commercial security test tool is a web app security scanner. Netsparker is a dead accurate, automatic, and simple to use web app security scanner. This amazing tool is mainly used to identify security risks automatically like Cross-Site Scripting (XSS) and SQL injection in web services, web apps, and websites. Its proof-based Scanning technology does not simply report risks; it also generates a Proof of Concept to confirm they aren’t false positives. Therefore, there is no point in wasting your time by verifying the detect vulnerabilities manually after a scan is ended.

It is a vulnerability assessment solution for security practitioners and it is formed and maintained by a company called Tenable Network Security. Nessus aids in detecting and fixing vulnerabilities like software flaws, malware, missing patches, and misconfigurations across a variety of OSs, apps, and devices. It supports Windows, Linux, Mac, Solaris, etc. It specializes in IPs scan, website scanning, compliance checks, Sensitive data searches, etc., and assists to detect the ‘weak-spots’.

It is a Web Application Attack and Audit Framework. W3af is a free tool. W3af secures web apps by searching and exploiting all web app vulnerabilities. It determines 200 or more vulnerabilities and controls your overall risk exposure on the website. It detects all sorts of vulnerabilities such as Cross-Site Scripting (XSS), SQL injection, unhandled application errors, Guessable Credentials, and PHP misconfigurations. It has both a console and graphical UI. It works on Mac, Linux, and Windows OS. 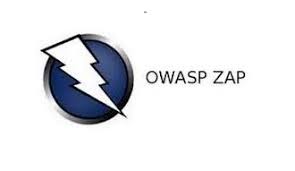 Zed Attack Proxy is a free and open-source security testing tool, developed by OWASP. Popularly known as ZAP, Supported by Unix/Linux, Windows, and Mac OS, ZAP allows you to find a set of security risks and vulnerabilities in web apps, even at the time of the development and testing phase. This tool is simple to use, even if you are a novice in pen-testing.

It is also essentially a scanner (with a restricted “intruder” tool), even though several security test experts swear that penetration test without this tool is unimaginable. It isn’t free, yet very lucrative. It generally works wonders with crawling content and functionality, intercepting proxy, web app scanning, etc.  One can use this on Mac OS X, Windows, and Linux environments.

It is one of the best open-source penetration testing tools. The aim of Sqlninja is to exploit SQL injection threats and vulnerabilities on a web app. This automated testing tool utilizes Microsoft SQL Server as a back-end. Sqlninja has a command-line interface. Sqlninja works on Linux, as well as Apple Mac OS X. It comes with a slew of descriptive features, counting remote commands, DB fingerprinting, and its detection engine.

These are the top cybersecurity testing tools that will give you security for your personal data, mitigate the rates of data breaches, as well as stolen hardware. Other advantages of these tools count tighter security and greater privacy.  These must-have security tools will help you evade cyberattacks and secure your IT infrastructure. Lastly, such security software requires up-gradation and maintenance to constantly have top-notch security.