Created by Facebook, React has gone on to become a really powerful JavaScript framework, making the job of front-end development easier for programmers.

If you have spent some time working with React.js, you would agree that a couple of other libraries need to be used with React to get the best experience.

From experience, working with open source projects is something of great significance to developers, and with the large number of React-based libraries available on GitHub, we are poor for choice.

Despite the number options available, it would be nice to narrow down to a couple of frameworks and libraries. So, this article discusses our top ten react libraries on GitHub. The libraries discussed are arranged in order of a number of stars on their various repositories.

Without wasting time, let’s get into the thick of things.

Material UI is a library for implementing Google’s material design by making use of React components. It makes for easy web development, the creation of great user interfaces, and the development of Single Page Applications.

When using Material UI with server rendering, the developer must use the same environment for the server and the client.

Material UI can be installed using the npm command:

You can find out more from the GitHub repository and the official website.

Ant Design is a React-based library for adding lovely designs to your react applications. Created especially for designing desktop applications, providing an enjoyable development experience which in turn leads to a better experience for the user.

It is a Chinese library. However, it has been properly translated by volunteers making it easy to use for English speaking developers.

You can easily install Ant Design using the npm command:

Ant Design is a pretty popular library, so you can find a lot of information from the GitHub repository or the official website.

See the Pen Ant-design by Dash Bouquet (@dashbouquetdevelopment) on CodePen.

Backend development has become easier with the help of frameworks such as Meteor and Firebase. React Storybook is a library that is made to create the same effect for front-end developers.

You can install React Storybook easily using the npm command:

After the installation, you can run React storybook using the following command:

Gatsby is a fast static site generator built on the React.js framework. With Gatsby, you can transform plain text to into great websites without spending a lot of time on code.

A lot of websites have started using static site generators for building quality websites. With Gatsby, the generated website can easily be maintained thereafter, allowing for the easier extension of web functionalities.

If you, as a developer, have spent enough time working with the React framework, then working with Gatsby creates a better development experience.

You can easily install Gatsby using the npm command:

It also comes with a command line tool that can be installed using the following:

More on this library can be found on its GitHub repository and official website. 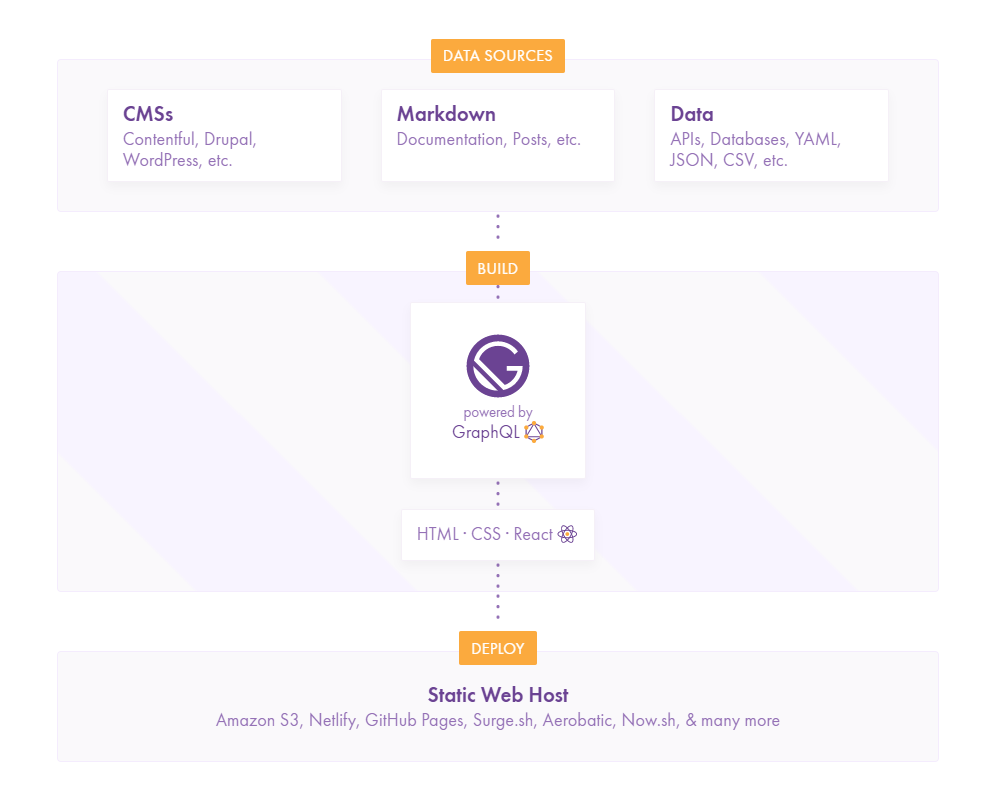 Enzyme is a lightweight testing library built on React which serves as a JavaScript testing utility for React. It also makes the task of asserting, manipulating, and traversing your React Components output much easier.

It does this by imitating jQuery’s API for DOM manipulation and traversal such as find, simulate, etc. and provides an option for different types of rendering such as shallow, mount, and static.

Other testing libraries such as Mocha, Expect, Chai, and Jasmine can be used together with Enzyme without any side effects.

Enzyme is very easy to use and install as well:

More about this great library can be found on its GitHub repository and official website. 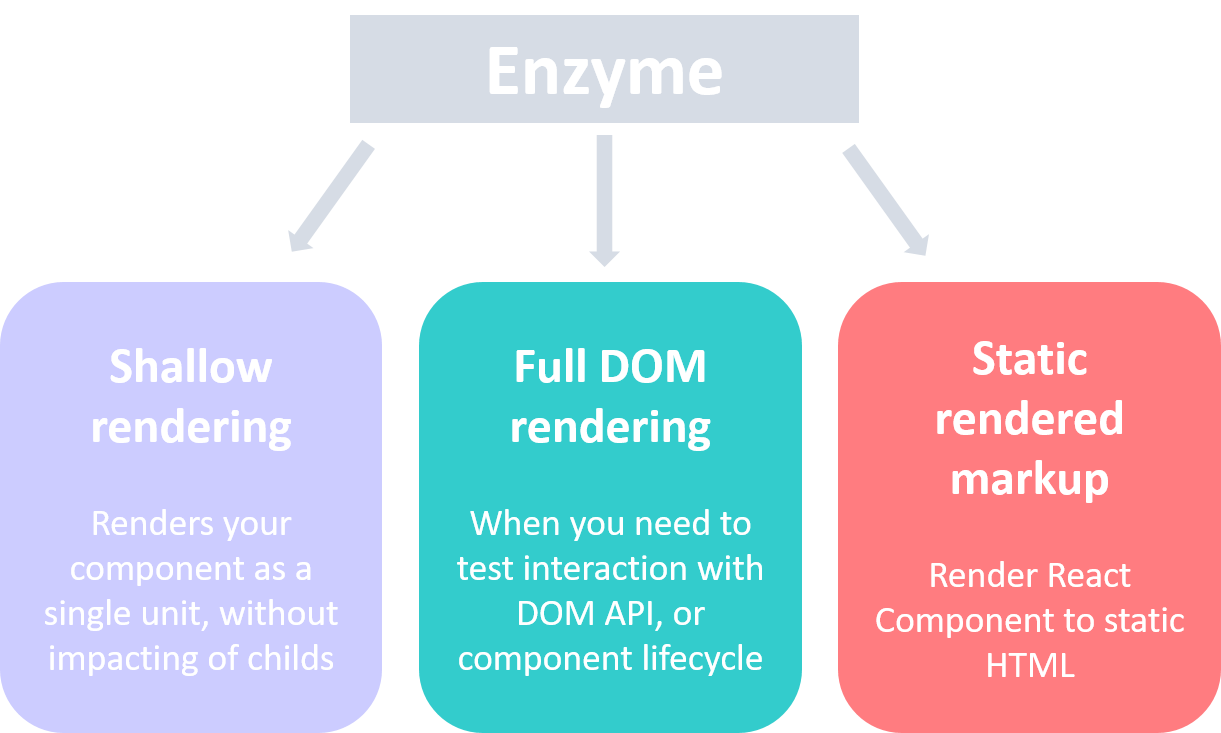 Blueprint is a UI-based React toolkit for the web. It's very efficient at building complex web interfaces for desktop applications and encouraging the reusability of code.

This library was built mainly for desktop applications, however, the chances of features being added for mobile applications are very likely. It is also very flexible, as it can be used together with other JavaScript frameworks such as Angular, Vue.js, etc.

Blueprint can be used with CSS, TypeScript, and JavaScript.

It can easily be installed using the npm command: 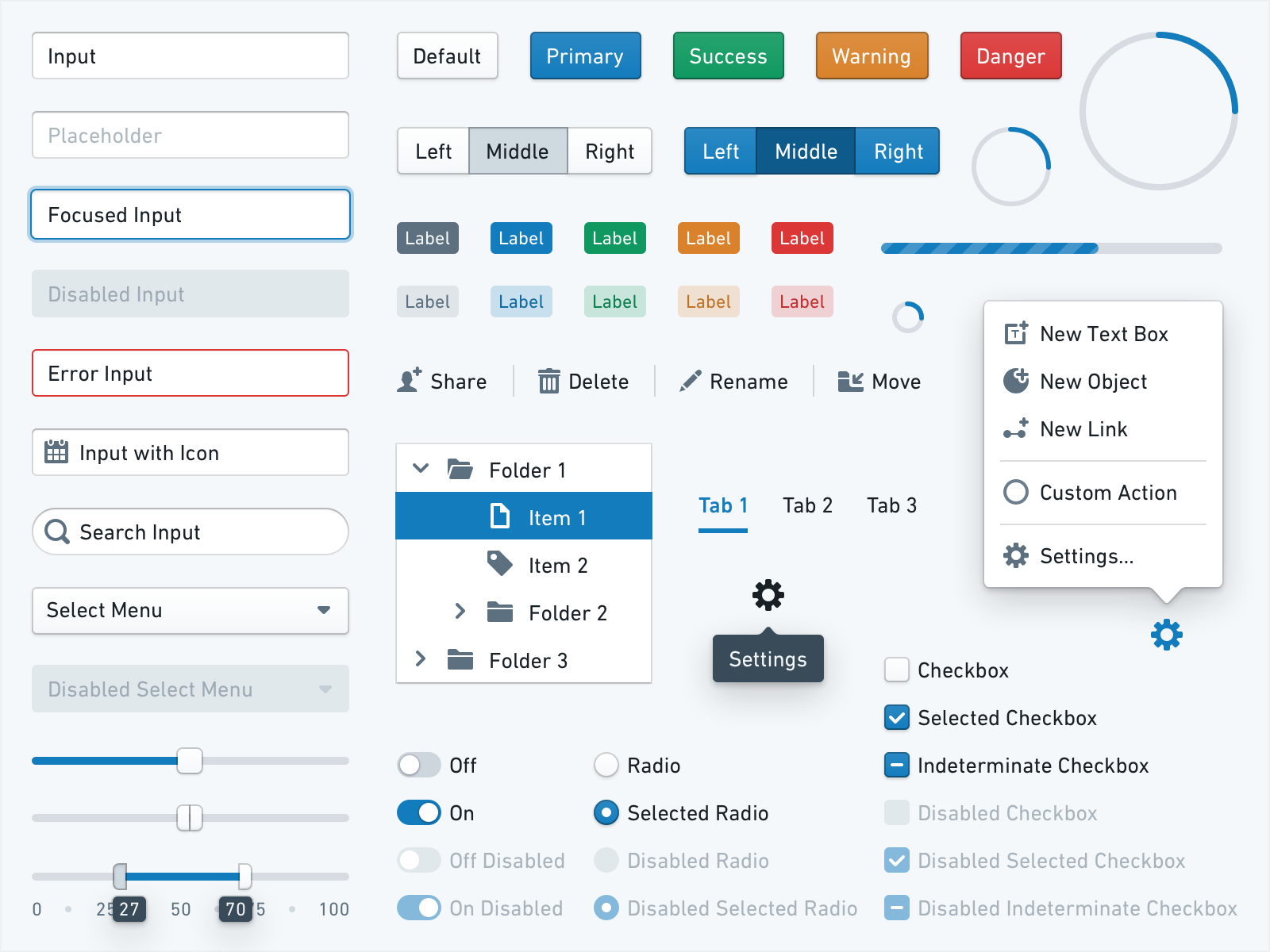 Spectacle is a React-based library for creating quality and dynamic slides for web presentations. You can very easily make the presentations using React components.

Creating presentations is easy with Spectacle, as it comes with out-of-the-box components like <Slide> and <BlockQuote>, that make building presentations with lots of UI implementations pretty enjoyable.

Spectacle can be installed using the following command:

This library also comes with some flexibility, as you can decide to write your own build configurations or use the boilerplate configurations to give the web presentation a great look.

More information on this library can be seen on the GitHub repository and the official website.

The main.js file you write your deck in is /presentation/index.js. Check out an example - how to create presentations with Spectacle.

This framework is very similar to the Material UI framework but is much more lightweight. It is a flexible and beautiful CSS UI framework for React. It’s designed to be installed from npm and built into your project with Browserify or Webpack.

Elemental UI can easily be installed using the following command: 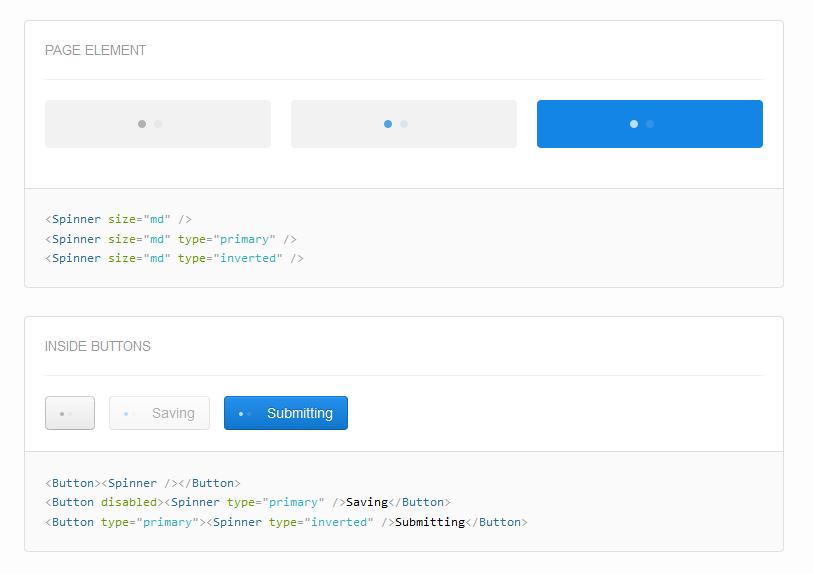 Grommet is a React-based library for improving the experience of web users. According to them, it is “the most advanced UX framework for enterprise apps.”

It is a pretty flexible library, it has large-scale components for Dashboards, Login, Search, Meters, and many more. This flexibility is enhanced through configuration through properties.

With the out-of-the-box components that come with Grommet, you can create captivating, reusable user interface elements that give the users a great experience while using the web application.

Grommet can be installed using npm:

The quickest way to get started is to access the Hello World page.

Mozaik is a great library for creating lovely dashboards for web applications.

It comes with great customization options, as it provides a responsive layout. This means it works great on all platforms, be it on a big screen or on a smartphone.

With Mozaik, there are lots of themes to use with options for the developer to create a personalized theme too. It allows for grid positioning, optimized backend communication, and also an option to use more than one dashboard when the need arises. 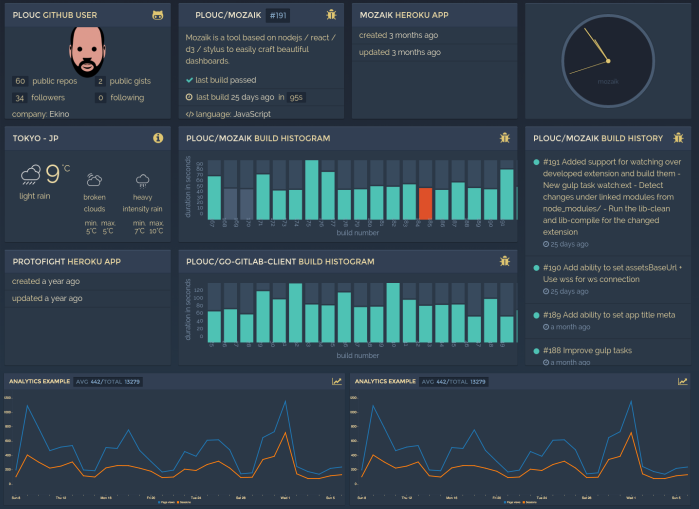 Each and every one of these libraries has taken advantage of the features and components of the React.js framework, allowing for an easier experience during development.

Evolution of React on a Timeline

Will React.js Continue to Dominate in 2019?

React.js vs. Vue.js: A Comparison of Popular Frameworks