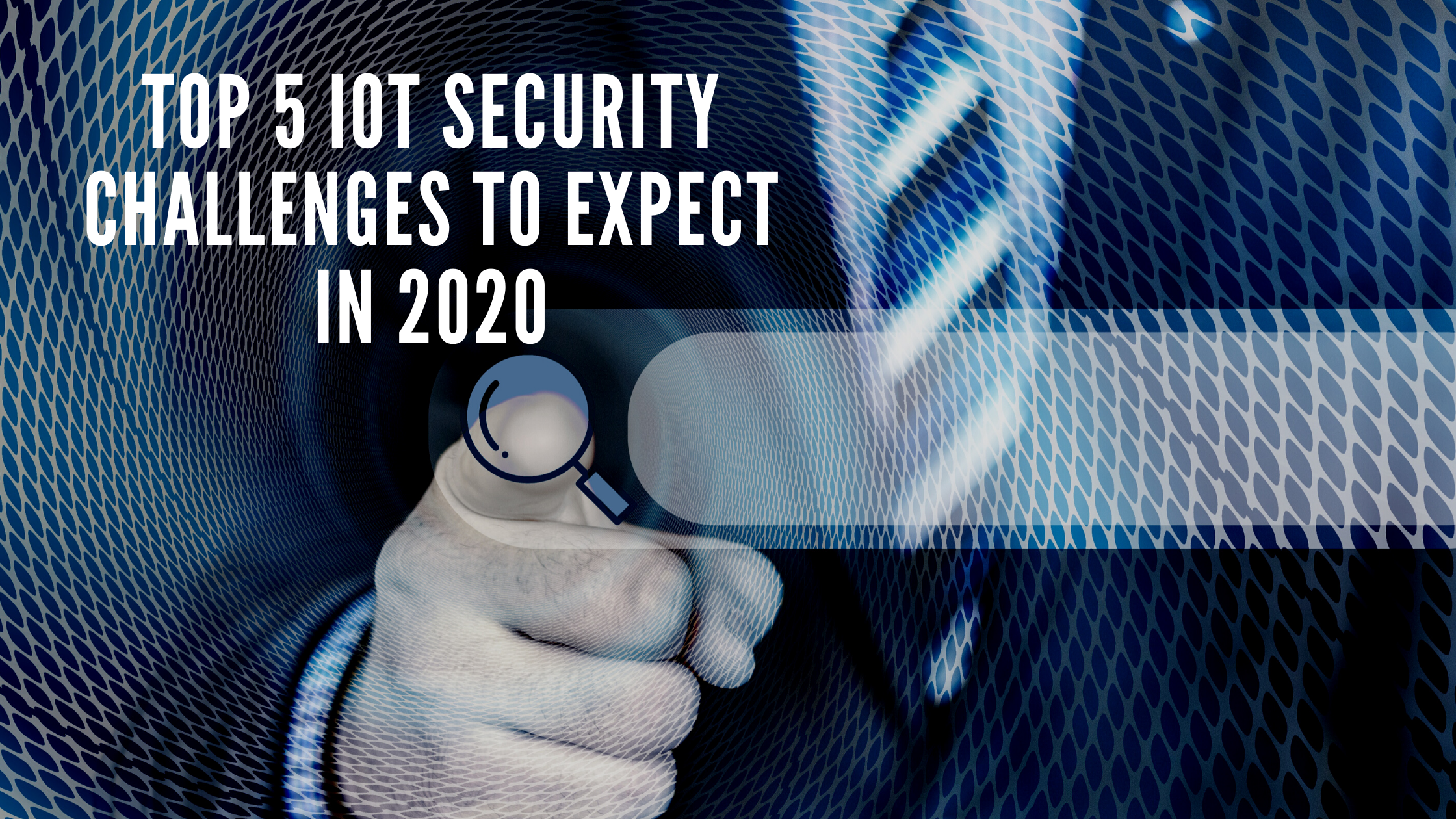 IoT has already become a well-known technology in the era of digital transformation. IoT can be seen as the next-gen interconnection paradigm which will allow connectivity amongst folk’s machines and devices without human intervention. It is the high-technology behind smartest cities, self-driving cars, and smart homes. A simple IoT app can make a huge difference in potential value by collecting insights and data for companies about not only who they are speaking to, but when, where, how much, and in which way.

Industry analysts have started calling IoT-the Industrial Revolution 4.0. Current efforts are focussed to interconnect IoT infrastructure and cloud-based technology which supplements the potentials of the Internet of Things While IoT machines and devices automate things, bring effectual communication between devices, save cost and time, there is one thing still concerning the consumers i.e. IoT security. There have been so many events that have made the IoT gadgets challenging to trust.

The Internet of Things is now considered as the next big thing. IoT statistics reports are demonstrating how technical innovations will have a critical role in banking and finance, marketing, economy, healthcare, as well as government organizations. 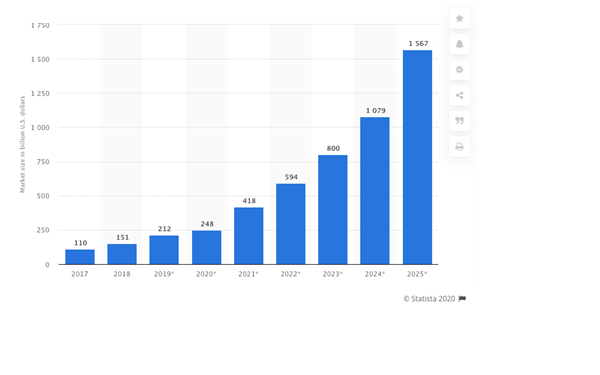 As more and more businesses embrace IoT technologies, a series of new security challenges and vulnerabilities will come into sight. The IoT network’s complexity is critically attributed to the massive amount of devices connected to the Internet along with the vast amount of data created by such devices. Attacks in IoT are easily possible as the gadgets in the IoT ecosystems are a simple target for the intrusion.

At present, there are almost 23 billion IoT connected devices around the world. Those figures are anticipated to rise to 30 billion in 2020 and the next 60 billion by 2025. 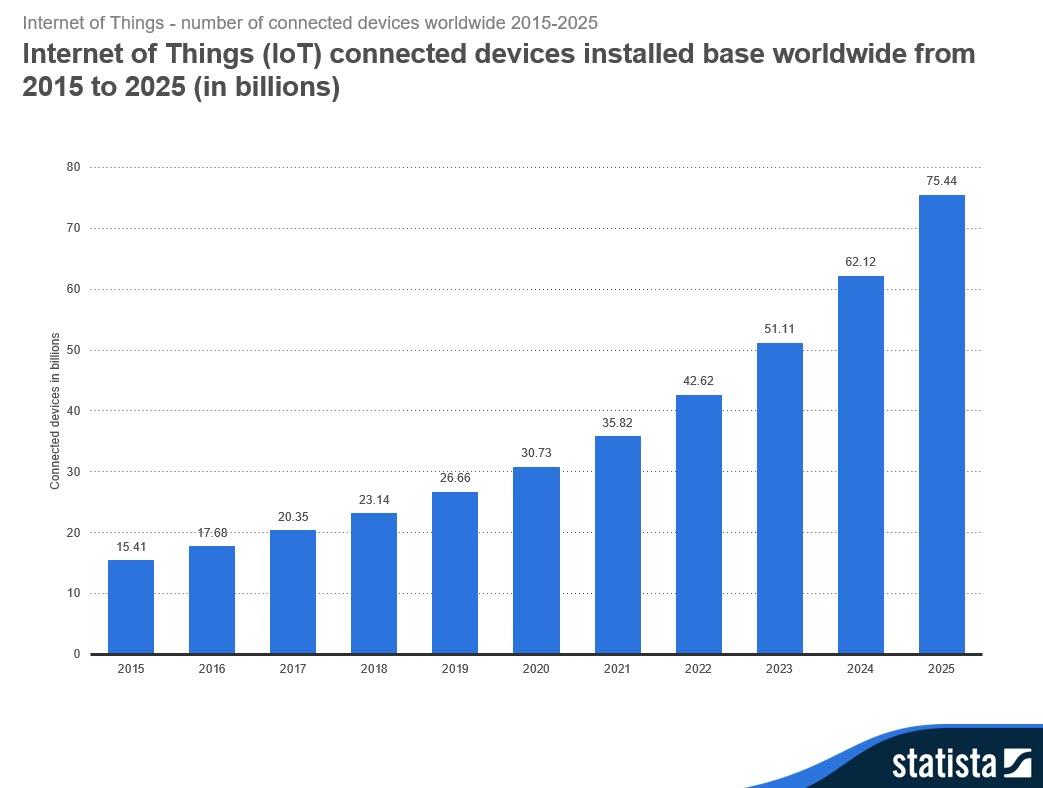 IoT is going to usher in highly developed degrees of connectivity, customization, and automatization. However, there are uncountable issues and challenges concerning IoT businesses developing gadgets, particularly concerning comprehensive updates. Loads of IoT devices don’t receive sufficient security updates. Unfortunately, a lot of businesses deliver firmware updating merely for a short duration and then forget about the preceding challenges and vulnerabilities upon release of the next fresh launched devices. This, in turn, betrays their trusted users exposing straight to potential threats or attacks as a consequence of outdated software and hardware.

Hence, to protect their users against such malicious attacks, companies need to update each and every device regularly and should go for right testing before being launched. Failing to do so would create a worse situation for both the enterprises and their users, and in future may completely ruin the reputation of the company. Top tier software testing companies like KiwiQA, Acunetix, HackerOne ScienceSoft, etc. are now are giving their best QA testing services and solutions for the sake of making things better and safe for the consumers.

2. Increasing Use of Cryptocurrency Appeals to Hackers

The rising number of cryptocurrency boom has proved much tempting and appealing for cyber hackers to ignore. Undoubtedly, such attacks are booming in frequency, but not essentially on the blockchain itself. Indeed, the blockchain technology, itself, is not specifically at risk, but the app development procedure is. While numerous blockchain companies are attempting to boost security angle to control hacking, the attacks on blockchain technology continue to climb up.

Monero is one of the open-source digital currencies that exist with IoT gadgets. Few hackers have reused video cameras as well as IP to mine crypto. IoT botnet miners can manipulate data privacy, which could be a substantial threat flooding in an open crypto-market. IoT apps, formations, and platforms that depend on blockchain technology necessitate being regulating and continually monitoring to stop possible attacks on cryptocurrency.

3. The Hijacking of IoT by Ransomware and Malware 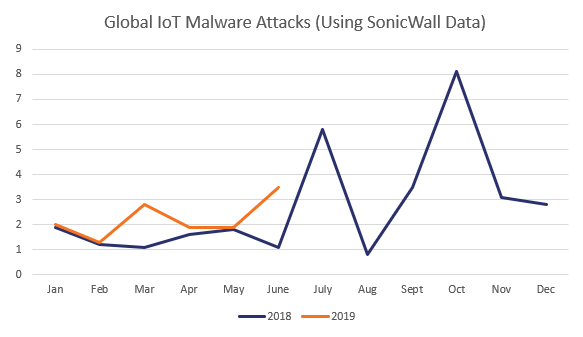 As the number of IoT-connected gadgets grows, the chance of ransomware and malware attacks also jumped up. Ransomware cyberattacks can directly cripple or restrict device functionality and steal customers’ sensible data information. There is an ongoing hybridization of both ransomware and malware strains that intends to merge the distinct kinds of attack.

For instance, a simple IP camera is ideal to captures vital information and could extract any sensitive data using an extensive series of locations, counting your work office, home, or even the local gas station. IoT gadgets pose uncertainty and insecurity regarding how to handle and guard against future attacks.

The Mirai botnet also referred to as bad malware, employed most disruptive and gigantic malware attacks. Weak login details and credentials leave almost all IoT gadgets at risk to password hacking and brute-forcing specifically. One system that is predominantly exposed to the Mirai botnet is the shipping procedure. Shipping gadgets that have default passwords and do not inform users to change the credentials once they obtain the package leave them susceptible to cyber hackers.

IoT devices with weak login passwords and credentials are more vulnerable to hacking. Considering this kind of issue, government advice businesses/ manufacturers’ trade against selling IoT gadgets that come with default (hackable) credentials like “admin” as passwords or user IDs.

Mirai malware is incredibly successful as it identifies unprotected IoT gadgets and applies default passwords and user IDs to disrupt and access accounts. Thus, any company that uses industry-default credentials is putting both its users and business at high risk of a brute-force, malware hit.

Generally, all this user-data info is distributed within or sometimes sold to different companies, infringing on person rights for data secrecy and escalating public distrust. We have to create privacy laws that protect, redact, and anonymize crucial data information. The same practice and system should be employed to the mobile, web, and cloud apps designed to access, manage, and process data allied with IoT devices.

Some Crucial Things Companies Can Employ to Resolve IoT Vulnerabilities:

• Do not trust cloud-based technology

• Change credentials like passwords frequently and make them strong

Undoubtedly, IoT is the most fantastic technology innovations that should be called as a boon. But as it connects everything to the Internet, all these gadgets become vulnerable to security attacks. Leading companies and cybersecurity researchers are trying their best to make things safe for the consumers, yet there are still more deeds, which need to be done.