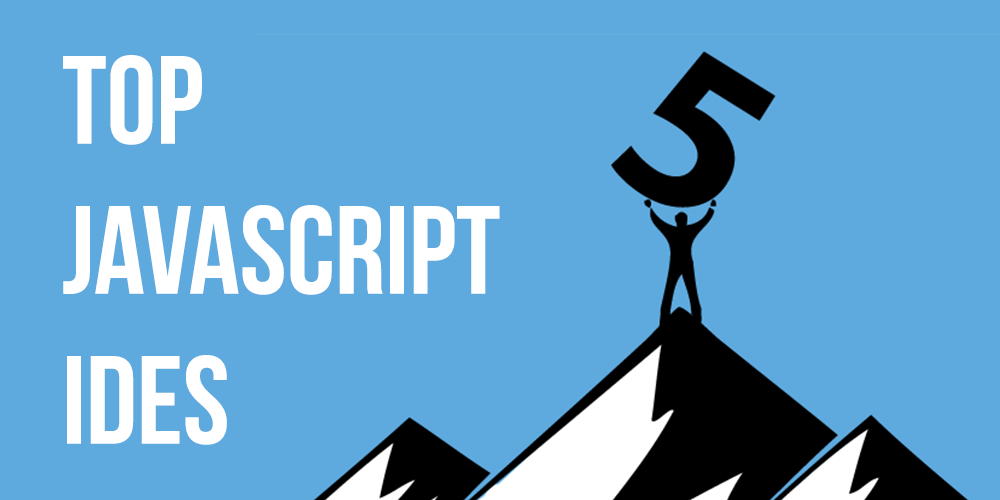 JavaScript is great. It works perfectly with HTML5 and CSS to develop amazing front-end projects, as well as mobile apps. Recently, it is also gaining prominence in backend development with Node.js. This unprecedented growth has also brought about an array of IDEs adapting constantly to keep up with technological trends.

IDEs are preferred to usual editors because of the ability to debug code and the IDE also offers support for ALM systems. With the increasing number of IDEs we have, it is becoming hard to find the ideal one for you.

This article attempts a detailed comparison of the top 5 IDEs for JavaScript and it starts with an explanation of 5 of the most popular tools.

When it comes to popularity, WebStorm is unrivaled. WebStorm is offered by JetBrains and it is acknowledged as one of the most powerful IDEs used for JavaScript development. While it offers a lot of efficiencies and it aids productivity, it is always quite pricey.

The features available include code completion, easy identification of errors, and refactoring for a plethora of popular languages. There’s also a built-in debugger that is aimed at client-side code. This means that developers can even check and carry out an evaluation of their code without exiting the IDE.

Testing is also possible within WebStorm and this tool provides an easy-to-read report that gives the user information on debug tests. There’s also a spy-js feature that can trace the code and prevent any further complications.

Visual Studio Code has been around for a long time now and it is well loved. There are so many developers talking about how awesome VS Code is for Golang, however, it is also compatible with about 40 other languages. The platform is perfect for front-end development.

Some of the features offered by Visual Studio Code are IntelliSense, built-in git integration, and the capacity to debug code without leaving the editor. There’s also an extensive number of customization options available through the numerous extensions. There’s also support in a number of languages and we can confidently say that this is why it is ranked as the most popular developer tool.

No top 5 list of IDEs would be complete without Atom. Using Electron and the TypeScript language package, you can enjoy compatibility with JavaScript, CSS, and Node.js. Developers also get to enjoy the context-aware auto-completion tool which makes coding easier and faster. This is in addition to the outline view for finding references and checking the definition.

There’s also a hover-tool that can be used to show information about the code and this works hand-in-hand with the set of diagnostic tools which can help developers understand any code that wasn’t written by them.

Adobe is the provider of this open source editor and it is written in JavaScript, HTML, and CSS. Brackets gives you that native code editing experience and it is devoid of compatibility complications. There’s a Live Preview feature that makes it in sync with your browser. The Quick Edit User Interface also gives you all the tools you need and it works well, irrespective of the code you’re working with.

Komodo Edit is another really exciting option for JavaScript. It is a version of the advanced Komodo IDE with a simplified interface. It also comes off as an intuitive tool that can be used for a host of problems. Every Node.js function is supported by the Komodo Edit, with features like debugging, unit testing, integration with build systems and even collaboration.

You can also track changes, check out bookmarks smartly, code folding, code blocks, and multiple selections. You can also use the smart language detection feature.

Now, let’s see some of the features and which IDE is preferred for that advantage.

Comparison of the Pros and Cons of the IDEs

One of the most prominent pros of Komodo Editor is Version Control. This is built right in to the IDE and this gives the developer the flexibility to perform git pushes and pulls in the middle of coding.

When you compare how Visual Studio Code works with how WebStorm functions, you will easily conclude that WebStorm boasts a more powerful feature. Visual Studio doesn’t tell you if there’s a typographical error in the method name. Also, you are not alerted if the method is not used.

Atom has a modular design and this means almost any part of the editor can be altered. The packages that appear core to the system, for example, the search and replace functions, can be adjusted and replaced in the editor. It also has an impressive documentation for creating new plugins and this is an incentive for developers.

The key to maintaining any code is tidiness. This entails general cleanliness and making the code simplified and this is where WebStorm offers a competitive advantage. It automatically refactors the code by executing functions such as the extraction of the variable, moving files, inline variable extraction, etc.

Which Is More Beginner Friendly?

Atom is such that it is a text editor that was meant to serve both experienced programmers and those who are just starting off their careers. They have the option of adding keyboard shortcuts, changing themes, installing plugins, changing core settings, etc. This can either be done by a GUI or the manual way. This feature, among several others, is why Atom is more suited to beginners.

Of the 5 IDEs that were mentioned, it is normal to love more than one. In fact, they hugely complement each other; providing support and functionality where another is lacking. Think of this comparison as an opportunity to see the strengths of each IDE rather than choosing the best.