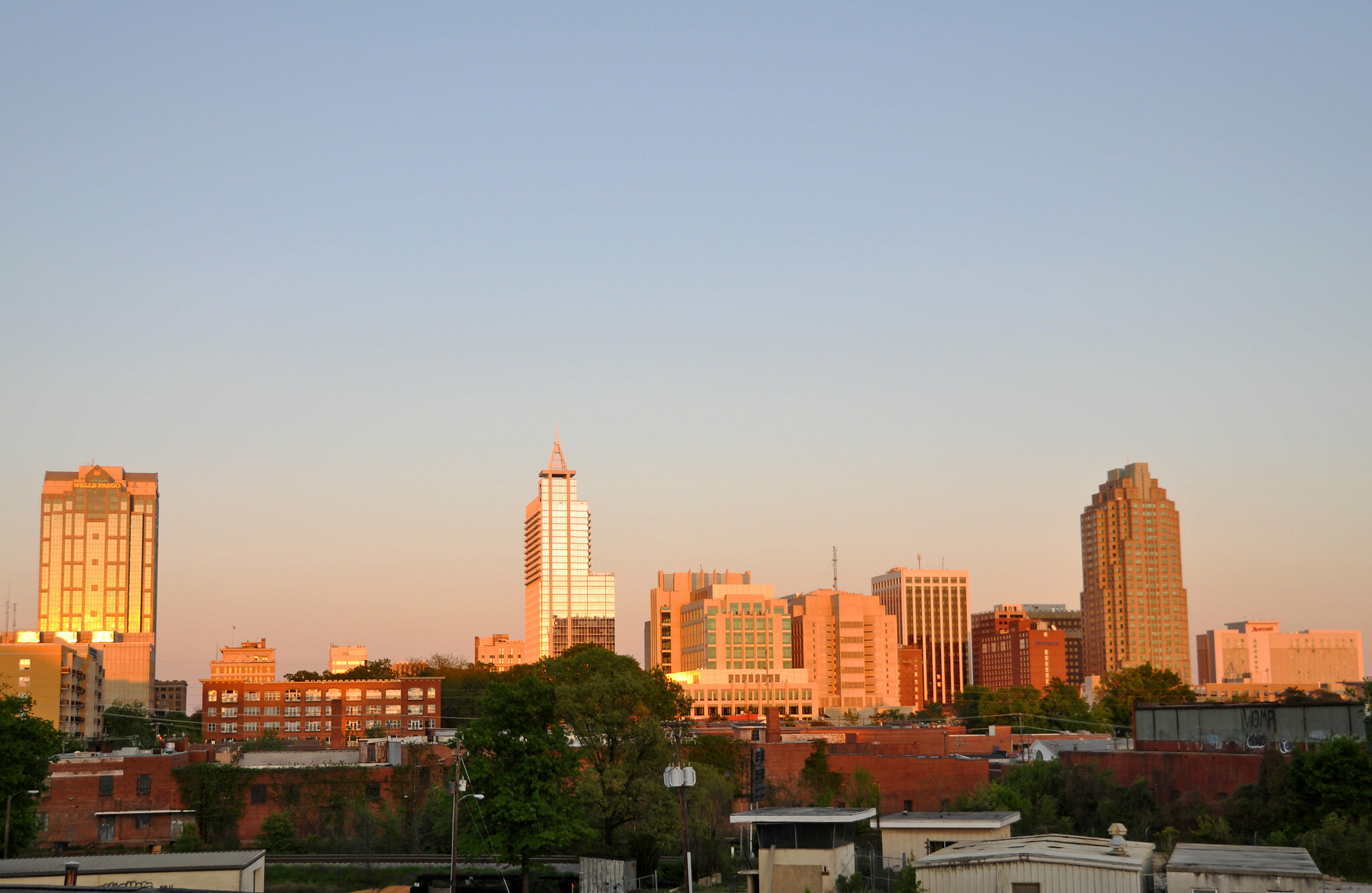 Well, it’s official: Silicon Valley isn’t going anywhere, at least any time soon. That’s according to jobs site Indeed.com, which recently published a report outlining where the majority of US tech jobs are calling home these days. 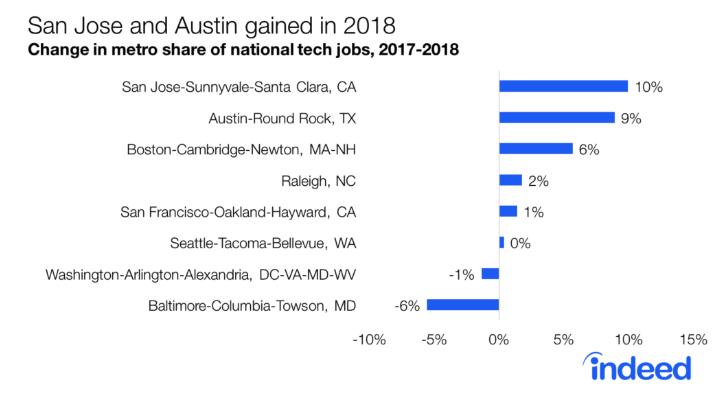 It’s certainly no surprise that San Jose, CA, saw the largest increase in per capita tech positions, or that postings of so-called “hot tech titles” – such as cloud engineer and data scientist – were seven percent higher here than the national average.

But what may be surprising, at least to a fair number of you, is just who managed to slide into that sixth position in the above chart. That’s right, little old Raleigh, NC – my adopted hometown – ranks as one of the most substantial tech hubs in the entire country.

Now, granted, we don’t have Facebook’s headquarters, or Google’s, but we do have a lot of other things Silicon Valley will never be able to compete with – like being actually affordable to live in. Yep, Raleigh is the only major tech hub where the cost of living is beneath the national average.

But while the report does indeed mention this (major) selling point, it doesn’t really say much else, other than to point out that we apparently hire a lot of software analysts.

So, I’ve decided to pick up where they left off and give you the real low-down on why you definitely want to make Raleigh your new hometown, too. What follows are the top seven (other) reasons Raleigh kicks San Jose’s butt. 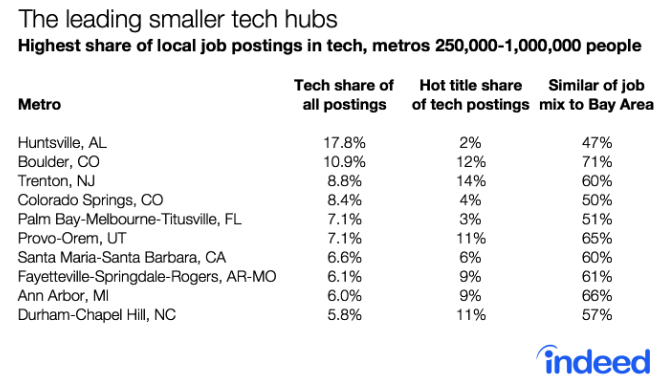 OK, to be fair, Indeed included Durham-Chapel Hill, NC, as a sort of honorable-mention tech center: significantly smaller than the larger hubs, but still possessing a disproportionately large number of tech jobs per number of citizens. Based on this inclusion, though, it’s fairly clear to me that the author of the report probably hasn’t spent much time (or any) in Raleigh. 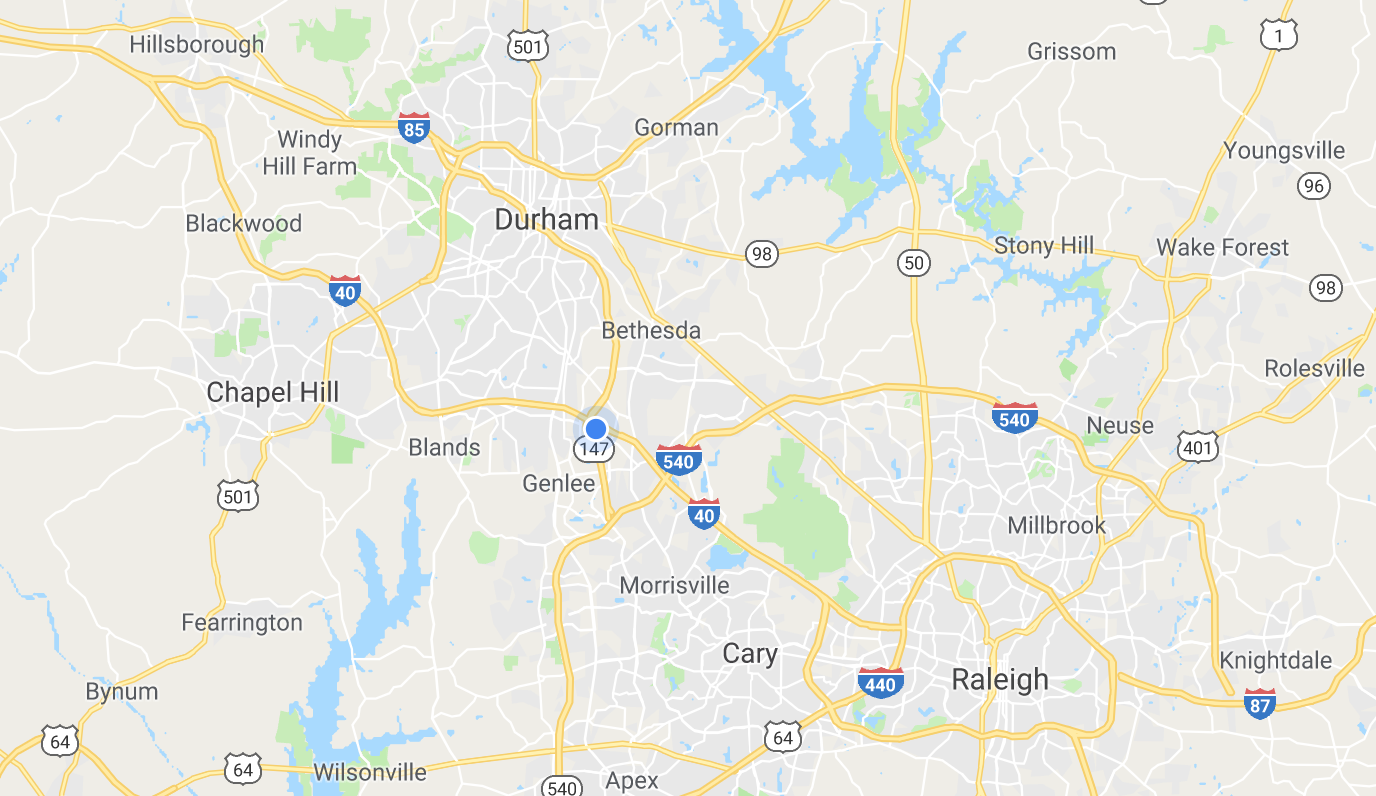 Because if they had, they would know that, geographically speaking, we don’t really differentiate a lot between the three. I mean, we are known as the Triangle, after all. And as you can see on the map above, that little blue dot near the center is where I’m currently sitting outside of my office, right smack in the middle of Research Triangle Park – aka where most of our tech companies are located.

Oh, and traffic isn’t nearly as abysmal as it is in Silicon Valley.

Speaking of amazing things that come in pairs:

You get not one, but two kinds of world-class BBQ here. I’ll let the fine folks at Our State magazine fill in the details, but in the meantime, here’s a picture to get that mouth watering: 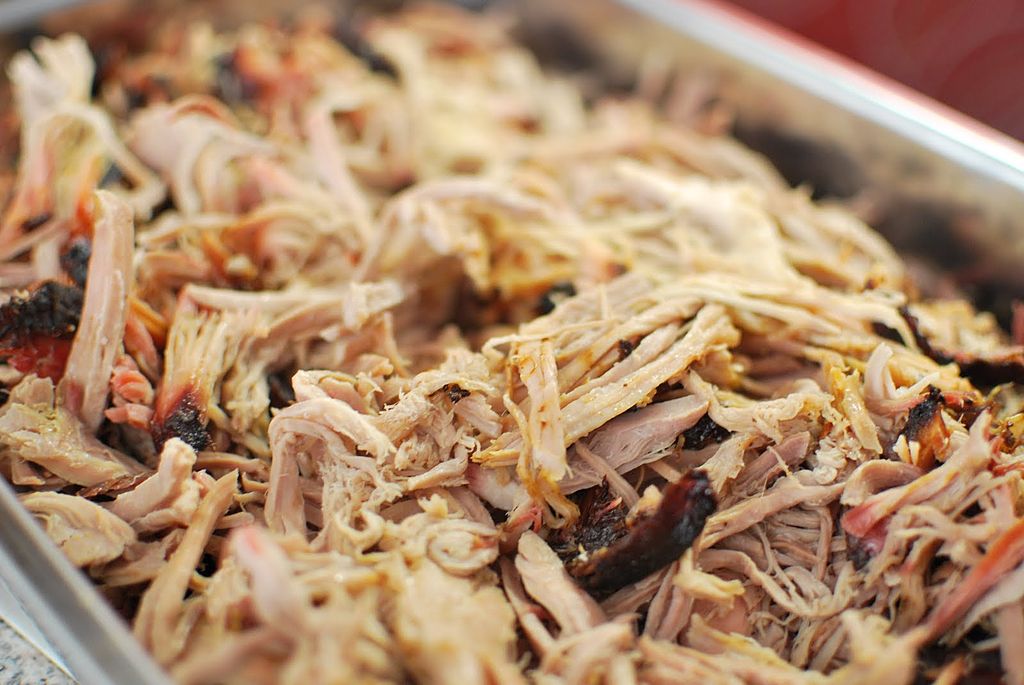 We also have Ashley Christensen.

Looking for something a little more pinky out than BBQ? We got you. James Beard Award-winning chef Ashley Christensen runs a slew of restaurants in our area that are OUTstanding. 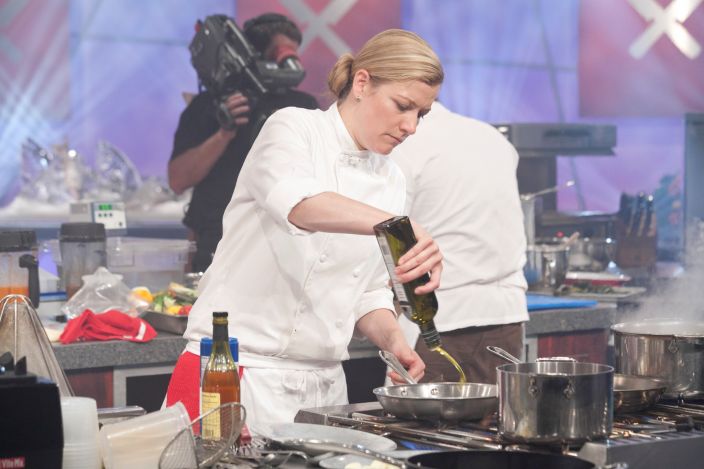 Ashley Christensen may have lost to Bobby Flay on this episode of Iron Chef America, but not in our hearts.

We have an obscene amount of craft breweries here. Granted, not all of them are exceptional (or even marginally good), but trust me, the ones that are make it worth spending $5 to $7 (or more) per pint.

Our outdoor scene is legit.

You’re about four hours from this: 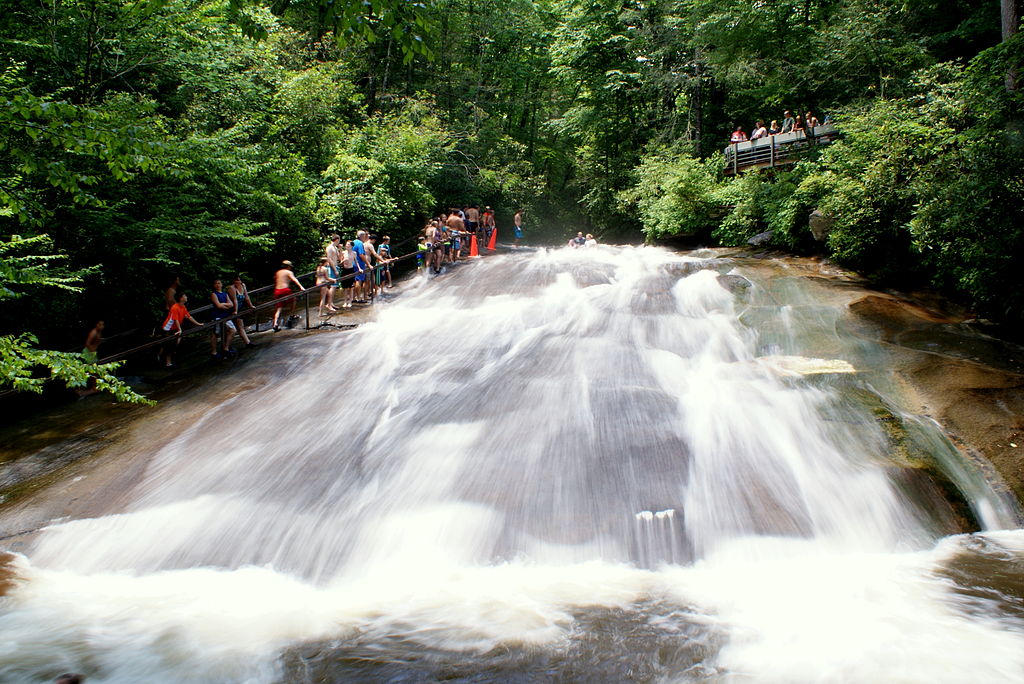 Sliding Rock is beautiful, fun, and a bit dangerous if you don't wear shorts over your bathing suit. Not that I would know anything about that...
Photo credit by Wikimedia Commons/Lincolnh

And about three and a half hours from this: 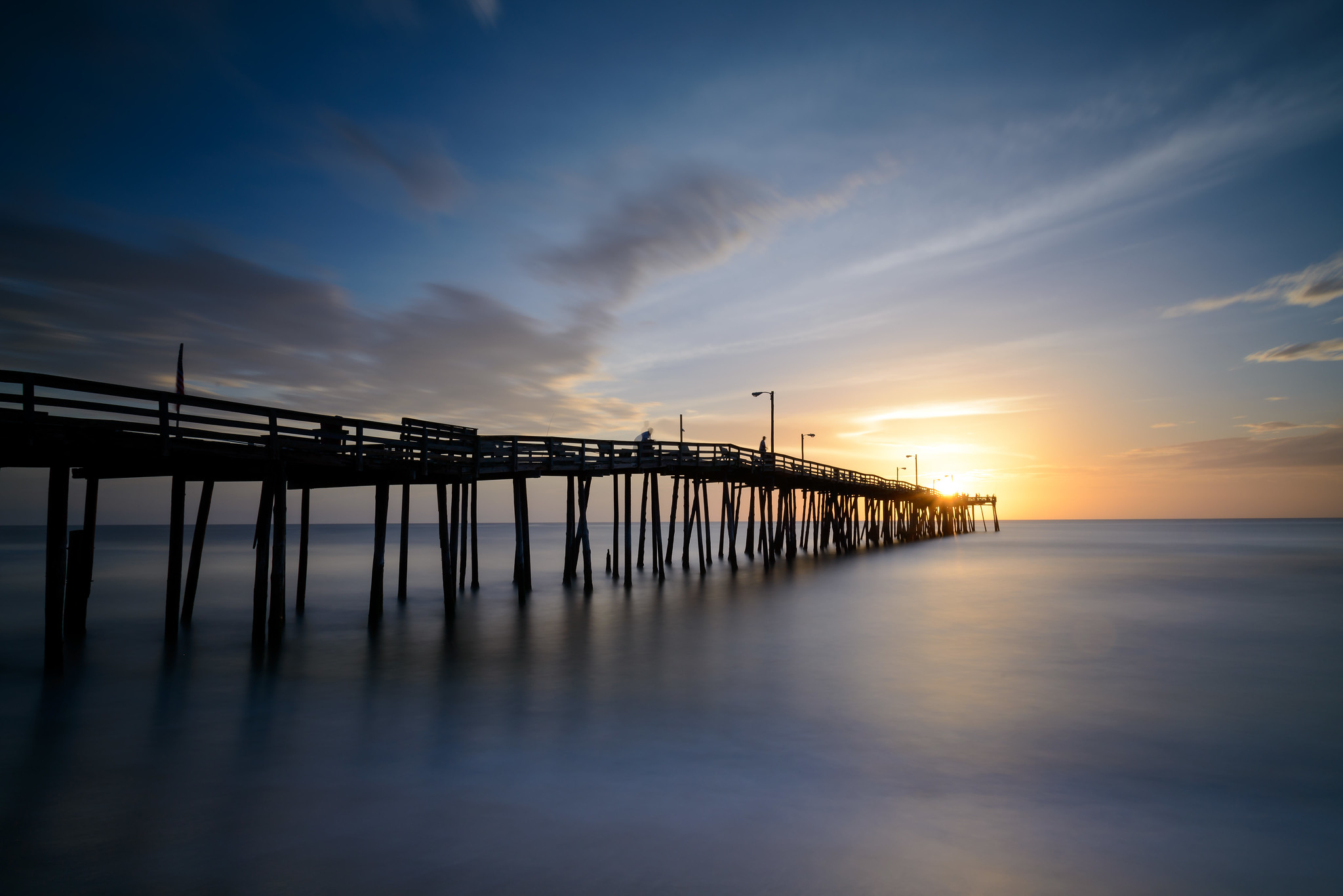 And, because of that reasonable cost of living situation, you can actually afford to take vacations to enjoy them!

We are, after all, the home of Roy Williams. (Sorry not sorry, Duke.)

Our accents are adorable.

I have nothing to add. Trust me, they just are.