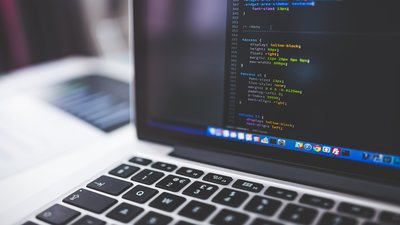 According to statistics, about 80% of people spend their time using mobile and web apps. It indicates the increased demand for technology software solutions in the market.

You may come across a lot of challenges when it comes to developing software. Therefore, you need to have the right set of software development tools for software developers to convert an idea into reality.

It allows developers to begin programming new apps quickly because various utilities don’t need to be configured manually. Using IDE, software developers don’t have to spend hours learning how to use different tools when every utility is provided in the same workbench. It is extremely useful for new developers who can depend on an IDE to get up to speed on a team’s workflow and standard tools. Features of IDEs are meant to save time by eliminating the need to type out full character sequences.

Since a single GUI represents the utilities, developers can perform actions without migrating between applications. An IDE can be selected based on the following factors:

Software build tools are designed and developed to automate the creation of executable applications from the source code. They can automate several tasks including compiling and packaging code, running tests, downloading dependencies, and deployment.

Build tools can be triggered through the command line inside an IDE or via continuous integration tools after checking the code from a repository.

There are different build tools for different languages. Build systems either use a domain-specific language or XML for specifying a build.

Three types of build processes that allow developers to create a software build:

Software Development team needs a way to handle changes and version code in their codebases. They use source control tools that can track and manage changes to the code. It ensures that developers always work on the right version of source code.

Source Control is essential to maintain a single source of truth for software development teams. Also, it can help enable collaboration and accelerate release velocity. Source control tools allow multiple developers to work on the common codebase. They can commit and combine code without any conflicts. They can also modify shared code without unknowingly overwriting each other’s work.

Automation Testing means running the software programs that perform the execution of test cases automatically and generate test results without human intervention. It reduces human efforts and saves time up to a great extent. Leaving no or little scope for errors in testing, automated tests can be executed several times to test the same app while minimizing redundant manual work.

Factors You Should Consider When Selecting the Right Software Development Tool

You can consider various factors when deciding which tools can help you develop software. Each team needs to consider different factors when making decisions on tools to use in the software development of any project.

The selection of software development tools is a crucial step in the development of a software application. You can find a wide array of tools available in the market – some of the popular tools have been discussed above. You can choose from many specific products based on their type or category.

Published at DZone with permission of Akash Takyar . See the original article here.