Transportation operators have taken a huge leap in the last decade since data connectivity has become available everywhere. Their digital transformation is awe-inspiring.

A fascinating episode of NPR's Planet Money podcast described UPS's transformation from a package delivery company to a technology company. The signature brown trucks have become rolling computers full of sensors. Every step a driver takes, every mile she drives, are tracked and analyzed by the company to increase efficiency. UPS is using every speck of information to strategize about the drivers' tiniest decisions in an effort to optimize further, down to which pocket they use to hold their pen. One minute saved per driver per day saves UPS $14.5 million over a course of a year.

A driver's handheld computer is equipped with GPS, tracking the driver's every step. The truck is wired with hundreds of sensors, sending millions of data points to a central data warehouse, where they are crunched and processed. A team of data analysts then combs through the data to discover new ways to shave seconds off deliveries to increase productivity. Today, drivers make 130 deliveries per day, compared with around 90 before this digital transformation.

Kudos to UPS for recognizing that extreme optimization should not come at the expense of employee satisfaction. Since introducing this digital transformation, UPS has doubled driver wages and compensation.

Waze, the community-driven navigation app, is another prime example of how transportation has been transformed by millions of real-time data points from thousands and thousands of drivers. 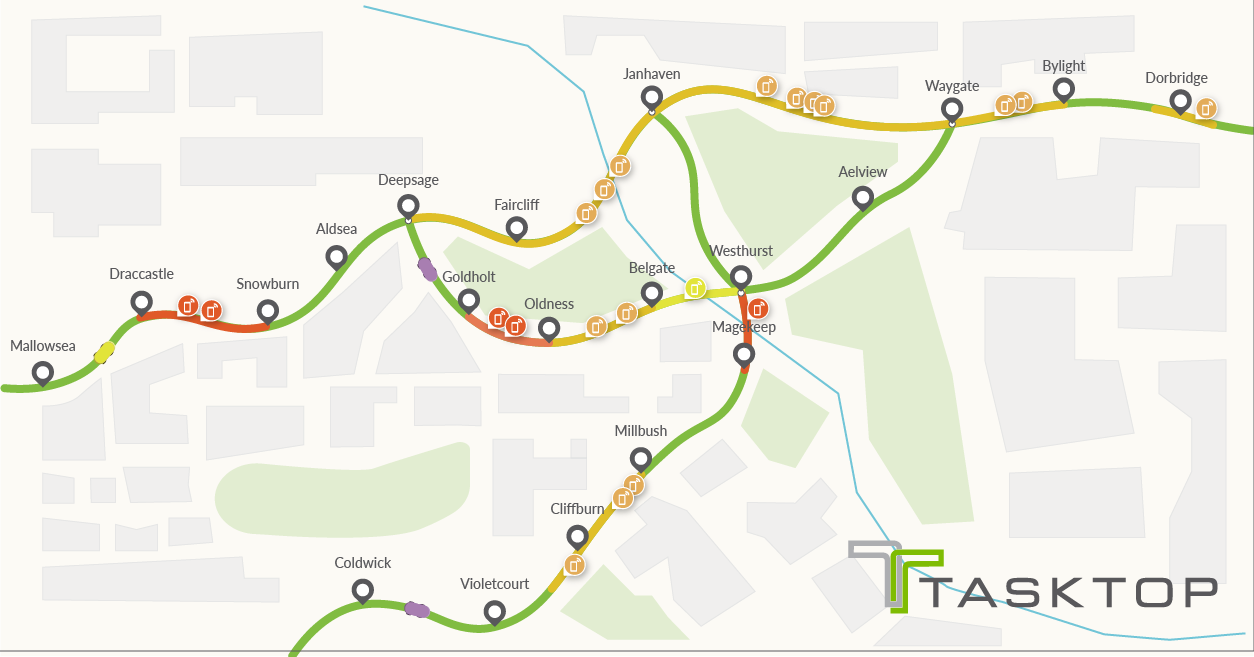 Based on each vehicle's location and speed, which are collected passively, as well as incidents actively reported by drivers (road closures, accidents, traffic, police), Waze can find the fastest route to every destination and provide an accurate ETA. The best part? Waze will reroute you if it finds a better route as traffic conditions change.

Isn't it surprising that the transportation industry is using real-time data to optimize how they deliver value while most software delivery organizations don't?

Just like transportation operators, software delivery organization strive to deliver customer value faster and better — better than they've done it in the past, and better than any current or future competition.

But so often neither the business nor IT knows exactly what's happening in real-time and when the work will be done. When will that feature or product be running in production? When will that problem be fixed? When is that new modernized system going to replace the legacy stuff causing so many problems? 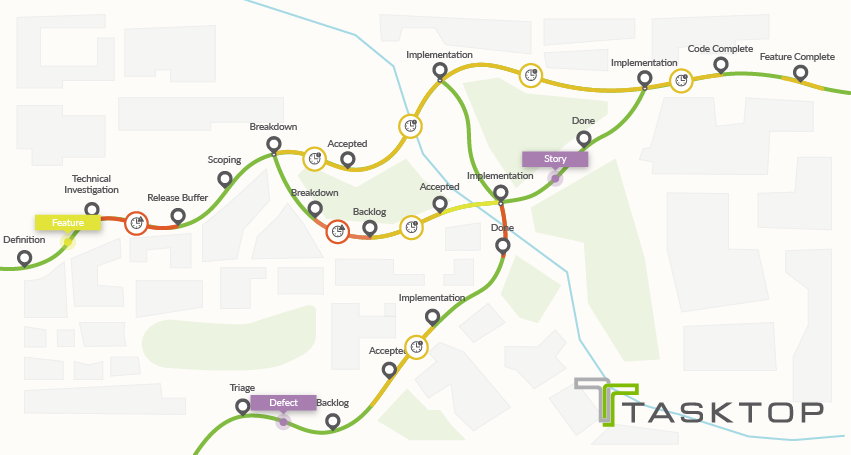 The answer is we can, it is completely within every organization's reach. But it requires three things:

This is what is being referred to as Value Stream Management. We talked about it on a recent webinar.

As we all know, products don't get created out of thin air. Each specialist contributes their part by working in a specialized tool. Portfolio managers work in PPM to create plans and assign budgets, product owners and business analysts work in requirements management to define features, developers work in Agile and issue tracking to create the design and code, test engineers work in test management to design and run tests, and so on.

The value lives in the small units of work, or "work items," housed in those tools — your Jira, Jenkins, ALM, ServiceNow, and many, many more. Those features, stories, builds, test cases, defects, and tickets are capable of telling us their status in real-time, but often have no central "Waze" to report to. Plus, they cannot flow uninterrupted along the value creation route because roads have not been built between the tools. The work items exist in islands with no bridges.

Value Stream Management solutions, like Tasktop Integration Hub, are essentially Waze for software. They connect the tools to let the value flow seamlessly from tool to tool, team to team, specialist to specialist. They gather the individual work item statuses in real-time and reframe them in business terms — so people can see how customer value is flowing. And they communicate the overall picture of how value flows from inception till its final destination, helping organizations make adjustments to get there fastest by eliminating roadblocks, circumventing bottlenecks and rerouting items.

The Road Not Taken

IT faces no shortage of potential ways to spend its budget, what with Agile and DevOps, modernization initiatives, new technologies like AI and machine learning. What justification is there for putting Value Stream Management at the top of that list?

Perhaps the New York City subway system can provide some answers. According to the New York Times, in New York City trains are terminally late, obstructed daily by a cascade of system failures. During the first three months of 2017, three-quarters of the subway's lines were chronically behind schedule.

The M.T.A. doesn't have the capability to gather real-time data from its trains. Every incident requires a lengthy post-mortem where inspectors must try to gather minute by minute accounts of what happened, from a signal system dating back to the 1920s and 30's.

Just to be on the safe side, the M.T.A. has been actively slowing down its trains since the 1990s following some fatal accidents. As a result, they've reduced throughput, which has increased crowding, which slows trains down even more. End-to-end running time during peak hours has increased by more than six minutes in the four years between 2012 and 2016.

The New York City subway needs to deliver more people than ever before — close to 6 million passengers a day. Yet it has infrastructure completely inadequate for the task, and as a result it's falling behind in every conceivable metric. Now, something in the range of $110 billion is required to overhaul the subway system and it will take many, many years to do so. This may even cost Governor Cuomo his office.

The subway is so critical to New York's economy we believe it will get bailed out and fixed. It's lucky in that way.

However, a software organization that delivers fewer features while creating worse customer experiences? It won't be so lucky.