I appreciated having the opportunity to attend MongoDB World 2019 in New York City along with 2,600 others. The attendees seem to be made up of a lot more hands-on users of the product that I see at other user conferences and the agenda reflected it as well. 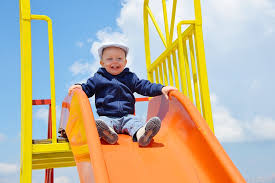 The conference started on Monday with a full line-up of sessions and breakouts for beginners, intermediate user, and advanced. Many of these sessions were standing-room only and several encore sessions were arranged for the day three Builder's Fest. Builder's Fest included workshops on MongoDB University, Community, Atlas, Stitch, Realm Mobile, et. al. Day three also included coding competitions, games, and coding challenges.

Dev Ittycheria, CEO of MongoDB, kicked off the keynote stressing that MongoDB World is a learning conference for developers with an opportunity to meet the engineers that wrote the code and built the products. To date, MongoDB has hosted worldwide conferences with more than 70,000 attendees.

As a native of India who is now a U.S. citizen, Dev was very proud that every student in India is now getting an overview course on MongoDB. Given the preponderance of developers in India, this is a huge opportunity for MongoDB to establish awareness and trial.

To date, there have been 70 million downloads of MongoDB and it is currently the fifth most popular database after Oracle, MySQL, Microsoft SQL, and PostgreSQL - all of which are considerably older. According to the latest report from Stack Overflow, MongoDB is the most in-demand database in 2019. As of Q1 FY 2020 MongoDB has 14,200 customers versus 5,700 in FY 2018 - 249% growth. After introducing MongoDB Atlas in 2015, it is now the most widely available cloud database in the world with 1.5 million more users this year and 112 billion queries per day.

Partners are critical to MongoDB's business strategy and Dev was proud that AWS, Google, and Microsoft were are all leading sponsors of the event.

Dev wrapped up his presentation by reiterating that MongoDB knows what developers want in a database. A solution that will help them:

Elliot Horowitz, CTO and Co-founder, spent the rest of the time on stage making several product announcements and having colleagues join him to provide demos on their latest features. Eliot is clearly very involved with every aspect of product development.

His first announcement was around the availability of full-text search. Search is a requirement for most applications. MongoDB is making search easy by integrating MongoDB with Lucene and putting it inside of Atlas. Full-text search is now fully integrated, at no additional cost, with the full power of Lucene.

Next up, were distributed transactions, wildcard queries, an updated Kubernetes operator, field-level encryption, and real-time charts that can be integrated into apps, web pages, and presentations.

Eliot introduced Alex Stigsen, Co-founder of Realm, which MongoDB acquired in May to discuss how they are going to continue to make it easy for developers to work with mobile data with an objects-first platform. Alex sees the future including new data types for unstructured data, a dictionary, support for more platforms and many other features. In discussing the development platform for Realm, Eliot said MongoDB wants to keep Realm as the best way to work with data on mobile with easy backup from mobile to Mongo, cross-device synchronization, and a unified backend for mobile and web.

The morning keynote wrapped up with Eliot introducing MongoDB Atlas Data Lake to query data. The solution is serverless, you pay for what you use. You are able to query S3 data in place. It's compatible with all tools. And, AWS is available today and Azure and Google are in the works.

I had the opportunity to have a one-on-one meeting with Michael Lynn, Worldwide Director of Developer Relations at MongoDB, following the keynote. I asked what he thought developers would be most excited about coming out of the conference and he thought they would like: 1) the greater flexibility that comes with wild-card indexing; 2) the variety of data that you can fetch efficiently using indexing; and, 3) the full-text search capabilities since they are more intuitive.

So what do developers who have not looked at MongoDB in a while need to know? It's made a lot of changes and added a lot of features for developers and it is now more than a database, it's a platform that lets you do more with less in less time, and more efficiently.