I had the opportunity to attend Percona Live in Austin, Texas between May 28 and May 30 along with more than 700 attendees. This was at least the 20th Percona Live event over the past 10+ years held in the U.S. and Europe. Percona Live 2019 Europe will be in Amsterdam September 30 to October 2.

The event began with keynotes from Peter Zaitsev, CEO and Founder of Percona, sharing his thoughts on the current state of Open Source databases. Peter’s presentation wrapped up with the introduction of Percona’s new cloud-native autonomous database initiative (C-NADI).

This announcement was followed by presentations from Yoshinori Matsunobu, Database Engineer at Facebook sharing how Facebook is using MyRocks in the Real World to achieve consistent performance at any scale while reducing memory use and costs.

Next up was Vicentiu Ciorbaru, Senior SW Developer and Team Lead, MariaDB Foundation sharing an update on MariaDB 10.4. Vicentiu pointed out that MariaDB surpassed MySQL adoption in late 2018 and reiterated the foundation’s commitment to performance and security with a stable and fast database server built and supported by the community.

Ed Huang, Co-founder and CTO, PingCAP brought the attendees up to date on TiDB 3.0, the Open Source NoSQL database with elastic scaling. PingCAP will be releasing a lot of performance updates with the new release in June 2019. And, they’re working on a DBaaS solution for 4.0 and 5.0 as they move to the cloud.

Arun Gupta, Principal Open Source Engineer, AWS wrapped up the morning session reiterating Open Source’s adoption in the cloud and reviewing the multi-faceted motivation for open source at AWS including customer obsession, innovation, healthy communities, reducing maintenance overhead, and better quality and security. Arun assured the attendees that AWS contributes to many Open Source projects and is active in a number of communities.

I had the opportunity to meet with Peter and Matt Yonkovit, Chief Experience Officer at Percona, one-on-one to discuss the product announcements made during the keynote. They emphasized their desire to continue to provide developers and data professionals with the information they need to make informed decisions about the best database solutions to solve specific business problems. They realize having so many options with regard to infrastructure and databases makes it confusing. Providing a consistent interface to add and remove resources that can be brought up quickly and consistently across applications takes away some of the confusion. The new version of XtraBackup to MyRocks provides massive time and dollar savings in the cloud to do more with smaller cloud instances. By consolidating instances and sizes, companies can realize immediate benefits. XtraBackup enabled integration resulting in seamless backup directly to the cloud. 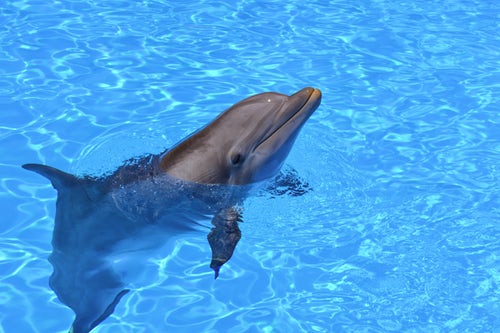 The day two keynotes included Frédéric Descamps, MySQL Community Manager, Oracle who brought attendees up to date on the current and future state of MySQL, the second most popular database next to Oracle. Frédéric invited attendees to come to Oracle Code One and Open World September 15-20, 2019.

Jimmy Yang, POLARDB Storage Engine Lead, Alibaba Cloud shared his work about POLARDB,  a MySQL compatible cloud-native database with a shared storage cluster architecture with a single write node and multiple read nodes now in the Alibaba Cloud. Jimmy pointed out that Alibaba Cloud has 20% market share in the Asia Pacific versus 12% for AWS.

Eero Teerikorpi, Founder and CEO, Continuent talked about the different ways to make money with Open Source. Eero has had seven successful multi-million dollar exits. He says, “Open Source itself is not a business model, however, it enables incredibly fast innovation.” He shared his thoughts on Why some ways of making money from Open Source are more acceptable than others. Percona is one model providing solutions free of charge and then selling subscriptions for support. While Continuent is commercializing DBaaS, cloud, MySQL. Eero is betting on making money by offering a cloud solution with Tungsten Replicator, available in the Amazon Marketplace, and Tungsten Cloud.

With regard to the cloud and Amazon, Eero says RDS is improving and Aurora is good but expensive. He notes Amazon is making more money with Aurora this year than all the MySQL services have made in the past 10 years.

He believes the cloud is inevitable and DBaaS is a must-have building block in the cloud. He advises, using native MySQL in the cloud and keeping the fate of MySQL in your own hands or use MySQL-compatible path toward lock-in! May the best DBaaS solution win. Open Source is not a business model it’s no longer just a selfless noble cause. Everyone plays to win. 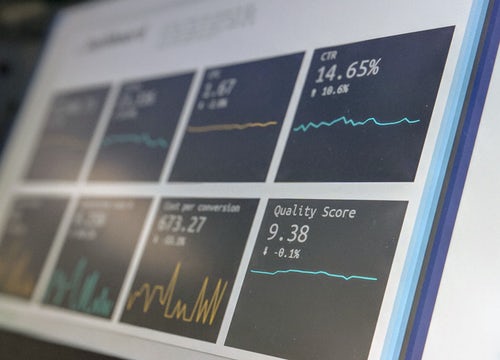 Baron Schwartz, CTO and Founder, VividCortex talked about Bringing DevOps to the Database by providing detailed visibility into databases at scale. Baron encouraged the audience to know they can have “faster, better, cheaper” with DevOps throughout the organization with systems thinking, feedback loops, and continuous learning. According to Baron, speed wins in the marketplace and you achieve the speed to win with the benefits of DevOps and core DevOps principles. You can download Baron's new e-book DevOps for the Database here.

Craig Kerstiens, Head of Product for Citus Cloud at Microsoft talked about how Postgres has moved beyond being respected by DBAs to being loved by application developers. Postgres is winning developers’ hearts and is growing in popularity. According to Craig, developers are the new kingmakers of IT technology solutions, frameworks, and tools. Developers determine what languages, tools, and frameworks will succeed. The CIO is the last to know what developers are using and this is why it's more important to engage developers than CIOs today.

Matt Yonkovit wrapped up the day two keynotes with some thoughts. Open Source is dominant. It is the de-facto standard as evidenced by the acceptance and adoption by big industry players. Open Source growth is steady and increasing.

Multi-database environments are here to stay and cloud-native is here to stay. It’s the default infrastructure for app design due to its flexibility and scalability, portability, consistency across platforms, fault-tolerance, and how it empowers developers.

This has led to new opportunities and challenges. How to manage, large, complex, and diverse infrastructure. How to ensure you are not automating problems. How to locate and fix transient problems quickly and don’t let the customer have a bad experience. And most of all, ensuring developers are empowered.