Twitter introduced a new program called Twitter Developer Labs earlier this week. It's part of a larger effort to build and validate potential new API products — and to reconnect with developers.

"We're launching this new program so developers can test new API products early and share feedback," Twitter's group product manager Ian Cairns wrote in a blog post on Tuesday. "We know we still need to do a better job listening to and learning from our developer community. Labs is a test program to help us do that, in line with the more open, public approach to product development we're taking across the company." Developers who register will be asked to weigh in on new features before they're made publicly available.

Twitter hasn't updated its main API since version 1.1 was released in August 2012, despite significant changes to the product and its use cases since then. Cairns said the company plans to "update significant portions of our existing API, and make some foundational changes like new data definitions and endpoint structures." According to VentureBeat, the first new products to be released in Labs are GET /tweets   and  GET /users . 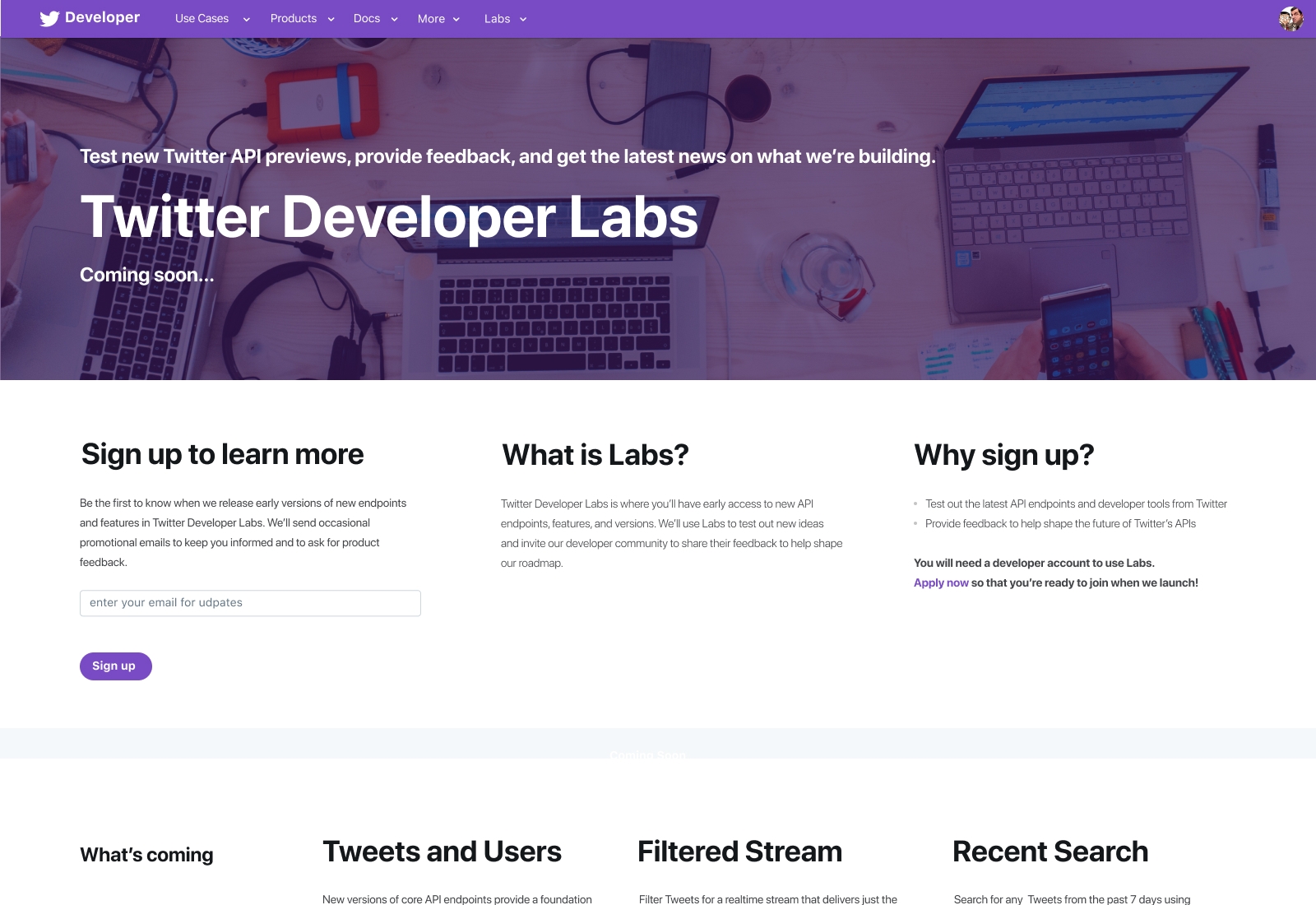 Twitter has been notoriously chilly toward developers for years, despite a previous acknowledgement from CEO Jack Dorsey that the company needed to "reset our relationship." Version 1.1 of the Twitter API restricted the capabilities of third-party app developers, attempting to steer them away from building pure Twitter clients or using syndication — dealing a blow to then-popular third-party apps like Twitterbot and Echofon.

For those keeping track, Dorsey made his "reset" comment in the keynote for Twitter Flight 2015. Fabric, a project meant to help patch up the relationship, was sold to Google less than two years later.

"Going forward, we want to make it easier for more developers to get started and grow with us, while continuing to provide a useful, open, and free API offering," Cairns said in his announcement. "The Labs program is the first step in a longer journey to build the future of the Twitter API and renew our investment in our entire developer platform."

Once the Labs program is underway, Twitter also promised to create a more predictable versioning strategy and to address common challenges like deprecated fields and features, as well as unchecked growth in API responses.