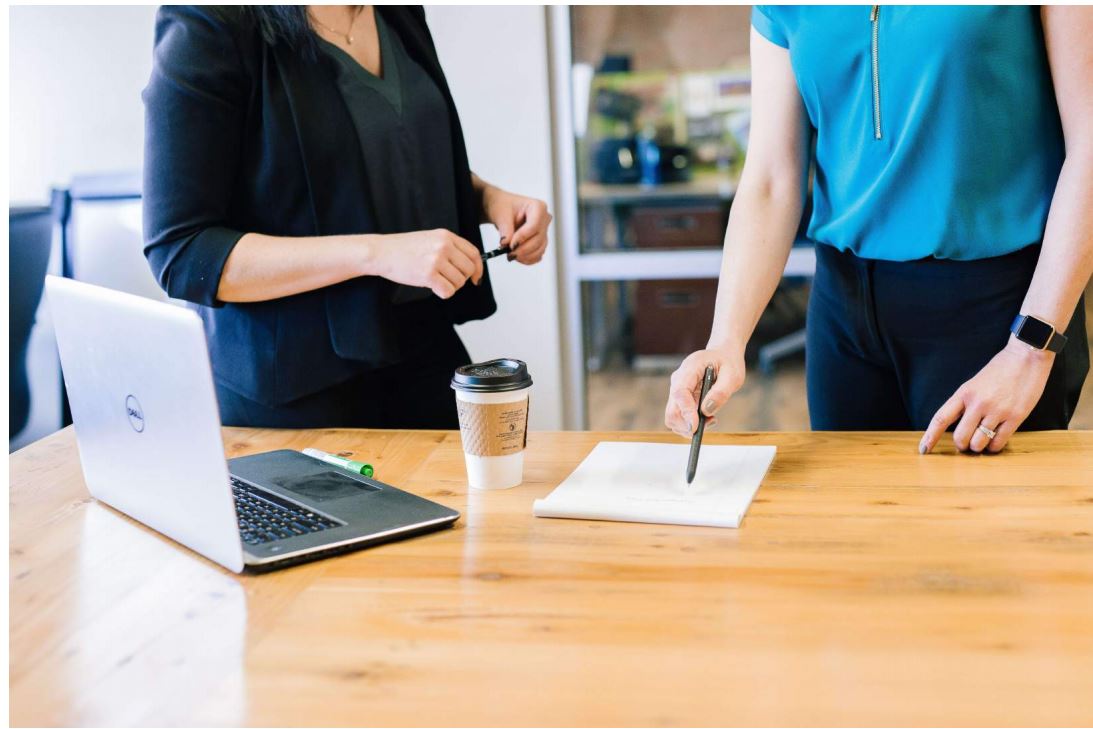 One of the common misconceptions we have is that an agile coach role is similar to that of a project manager role. These two roles are fundamentally very different and come with a differing set of roles & responsibilities.

While a project manager is like a commander in control of his/her team, an Agile Coach acts as a guide, mentor, and facilitator to the teams.

In this article, besides highlighting the difference between the two roles, I also mention what journey I took to transform myself from a project manager to an agile coach role.

Let us first understand the basic definitions of these 2 roles.


The Journey From a Project Manager to an Agile Coach

A typical work week of a project manager's activities looks as depicted in the below picture: 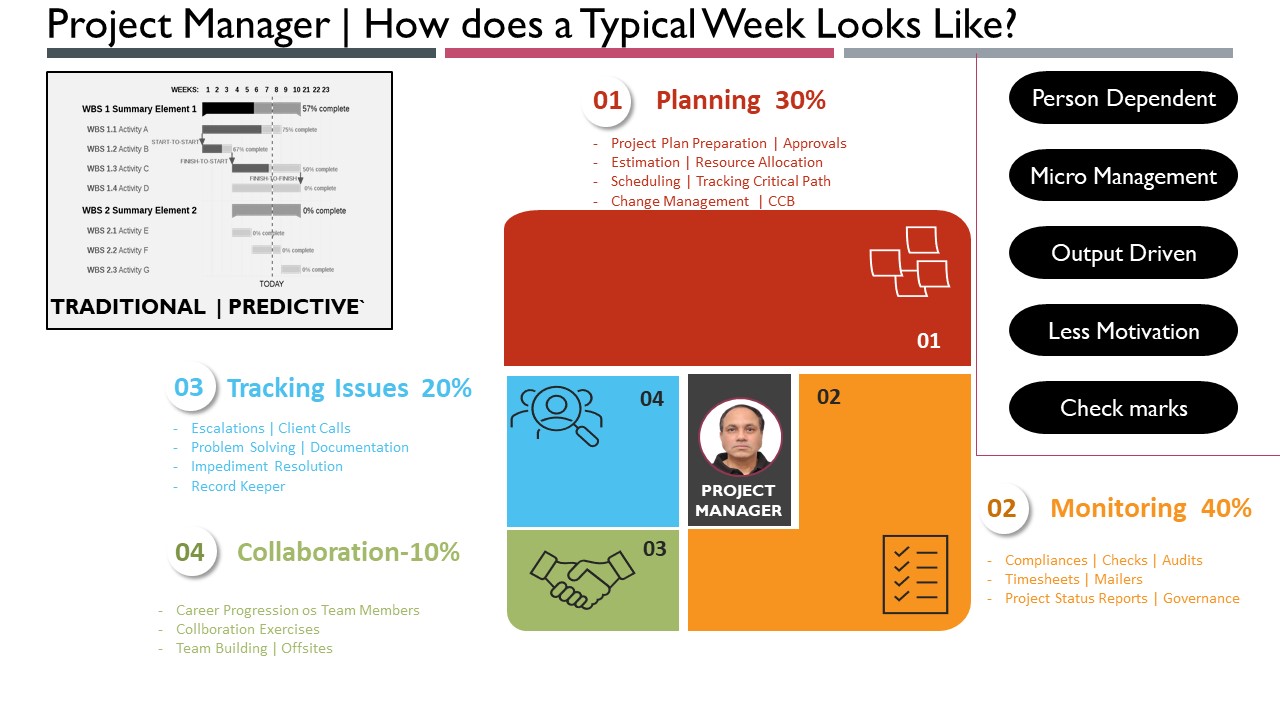 As one can observe, a major portion of the time of a Project Manager goes into the areas of planning and monitoring (70% plus). As such a project manager gets very little time to grow his/her team and much of the focus is on:

This kind of leadership style worked in the past where we were producing goods and services at a pre-defined productivity rate with known content.

However, the world we live in today has become very dynamic with a constant change of business requirements, competition-induced innovation, major industry disruptions, and most importantly working with intelligent knowledge workers having a strong purpose and passion.

The traditional leadership style exhibited by the project manager would be at odds at work in this new dynamic situation.

What's needed is a coaching style of leadership with an emphasis on mentoring, guiding, and facilitating team members in their journey towards Innovation. Today's workforce needs leaders who can inspire them rather than one who manages them.

A typical work week of an agile coaches activities looks as depicted in the below picture: 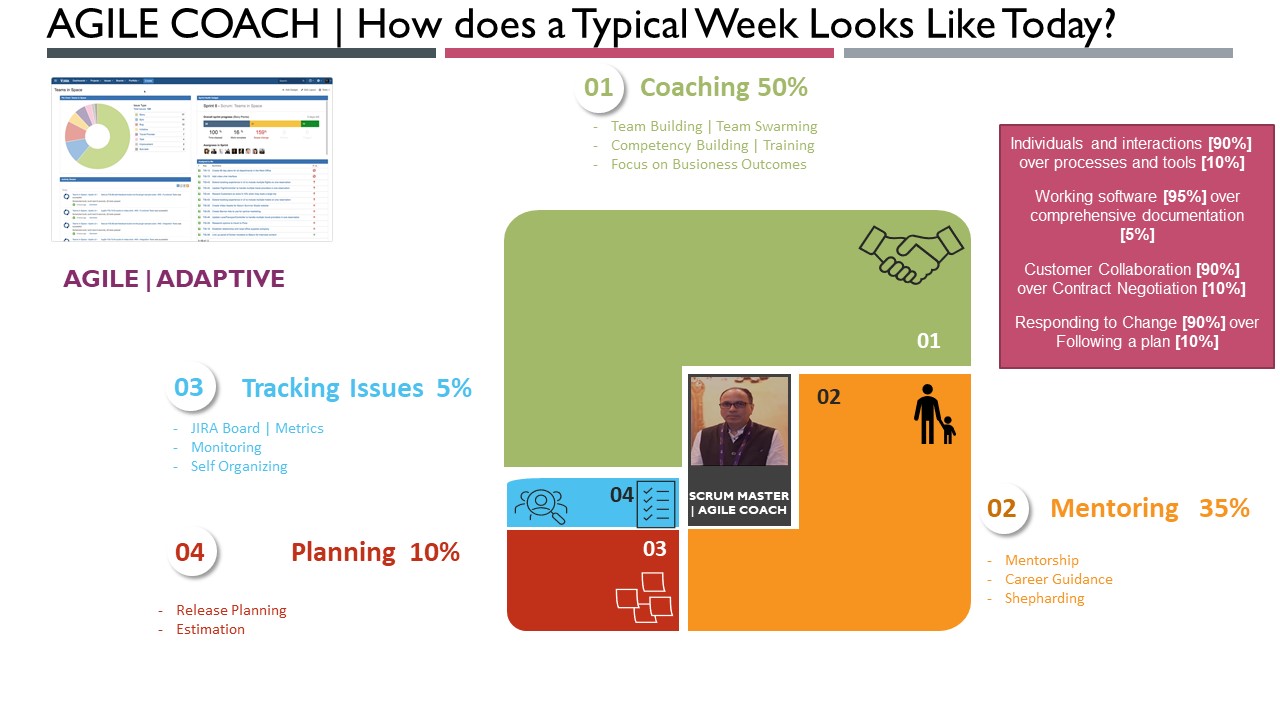 One major change which can be observed is that as a coach my endeavor is to facilitate team reach towards product development rather than dictate team towards it.

The outcome of this transformation is the fact that coaching helps my teams and organizations by bringing in a mindset and culture change and makes my product development process:

The journey from a project manager to an agile coach is not an easy one and requires a lot of investment in terms of time, commitment, focus, and above all a compelling reason to change from the old ways of  "managing people" to the new ways of "facilitating collaborations".