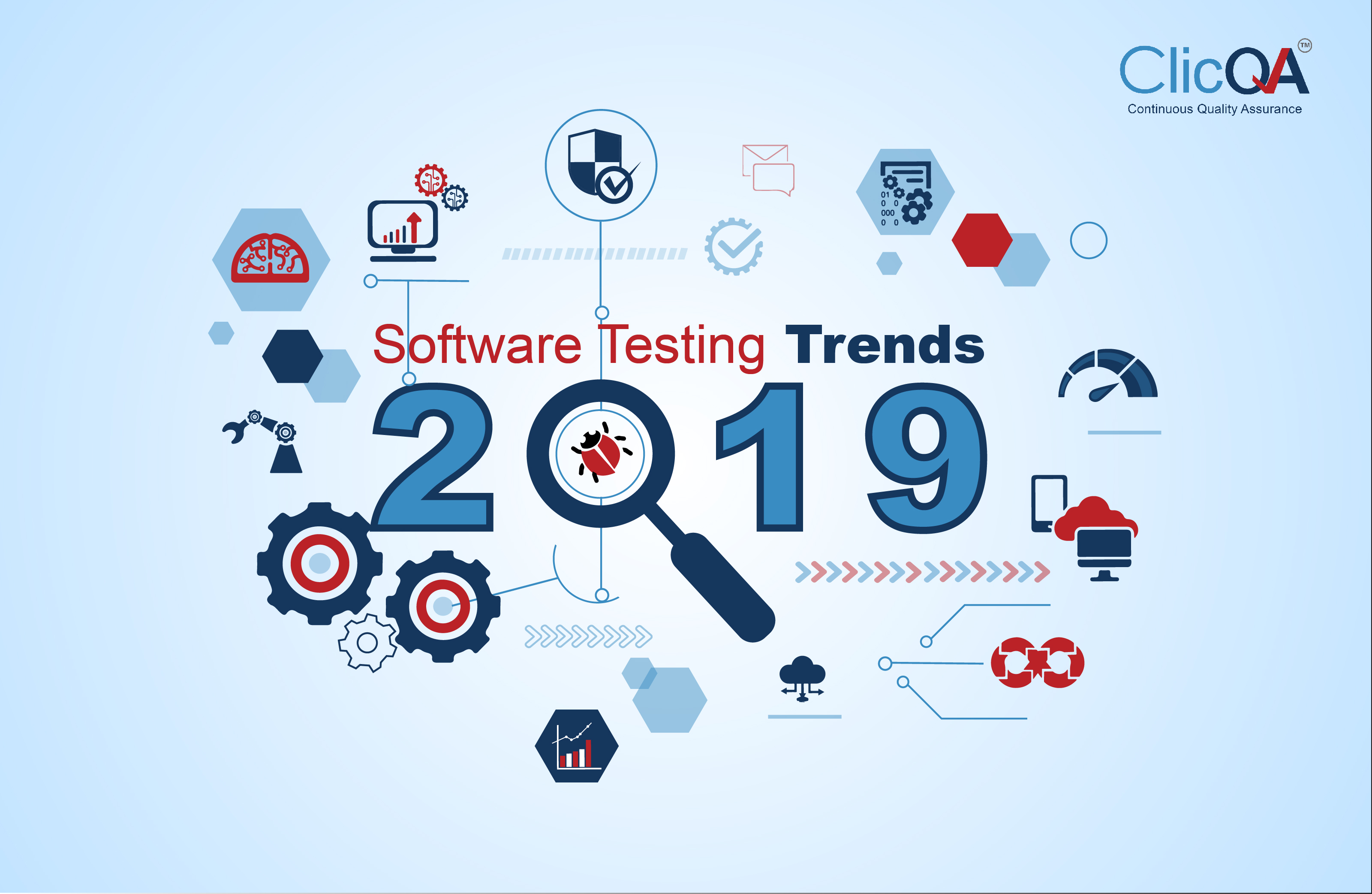 In the last couple of years, software testing is among those industries that are driven by ever-evolving technological advancements and transformations. These advancements and transformations have been influencing the way software is tested. To stay ahead of the curve, it becomes vital for software testers, managers, CIO/CTOs, and other business or technical people to keep track of the latest trends.

As 2019 has started, it is the time to check all those software testing trends that disrupt in 2019 and beyond. After doing thorough research on all such trends, we wanted to highlight two trends which will drive software testing the most in the future.

In  2019 and years to come, organizations strive to explore ways to deliver quality software at a faster pace. Among many such ways, blending Agile and DevOps with test automation has become the popular way.

Considering several surveys and research reports, the effectual utilization of test automation across organizations is very low, so this has to be improved widely. And, there is a need to implement test automation at the very early stage of SDLC, and all repetitive testing activities should be automated aggressively.”

Digitalization is in the next stage of evolution where the digital world would be driven by leveraging AI for self-driving cars, fraud detection, chatbots and many more. While AI and machine learning is disrupting the other industries, it is still in its younger stages for software testing. Several opportunities offered by AI and machine learning can be availed to transform the way software and applications are tested.

In 2019 and further years to come, we must see how AI and machine learning in software testing would evolve. However, here we bring some opportunities where we predict disruption.

With the help of AI and ML, organizations can employ deep reinforcement learning techniques to generate test data required for functional testing.

A lot of revolutionary changes can be incorporated into software testing when data from requirements, test cases, test environment, test suites and defects is leveraged for AI and ML.

The data from web traffic analytics tools such as Google Analytics, and APM tools such as New Relic, Dynatrace, and many more can be leveraged with AI to predict performance patterns of applications/websites and infrastructure. At the same time, analysis and a thorough understanding of proactive measures such as scaling up the infrastructure resources or disaster recovery can be done. And these proactive measures can be automated to avoid downtime or crash.

Bringing load testing tools, web traffic analytics tools and APM tools under one umbrella, and streamlining the use of data from these tools will lay down a road to employ AI for performance testing.