Believe it or not, augmented reality (AR) is the future of mobile technology, on both the software and hardware side. Smartphone’s apps are well prepared to provide the astonishing experience of AR. We have augmented reality mobile app development technology which can be applied to apps for both entertainment and business. Take the example of Pokémon GO, an AR game app launched merely 9 months back. It has been downloaded more than 659 million times so far. IKEA's catalog is another AR app example. It’s a business-related app that lets you augment how particular IKEA furniture items would look in your home. The app lays graphics of computer-generated furniture items over the video-output being seen via a smartphone’s camera. Of course, IKEA hopes this app, apart from its game-like experience, will lead to a rise in the sale of their furniture. 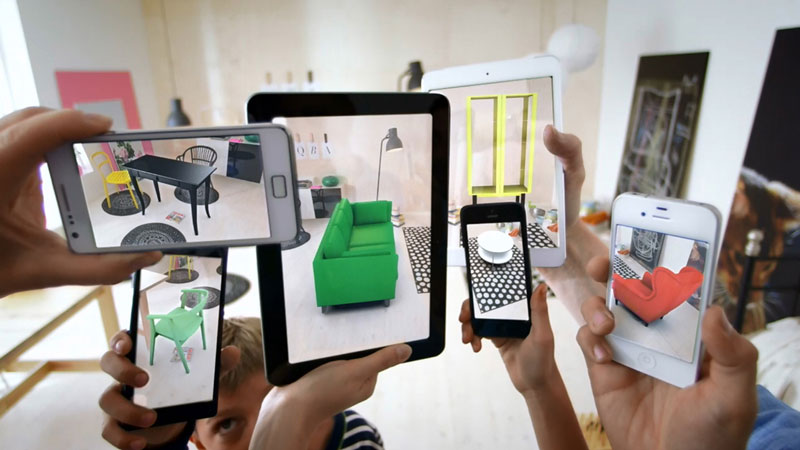 The AR hardware market is also growing up. Companies are coming up with a variety of devices. One promising type of this kind of tech is a head-mounted set which provides AR inputs directly to the lenses of a pair of glasses, which rests just 1 or 2 centimeters away from the user’s eyes, that have a tiny screen embedded into them. Google Glass is one well-recognized example. According to a study by Statista.com, the shipments of AR glasses could very well reach 5.4 million units by 2020.

So, AR is now a key technology in mobility. The number of downloads of the Pokémon app has proven that. We can give a big thank you to the gaming industry for making AR a key player in the whole mobile computing revolution.  Also, thanks to those loyal gamers who continue to look into the world of AR.

Many businesses, regardless of their nature of work, are now considering implementing augmented reality apps. Some businesses and companies in entertainment, healthcare, and the public safety and tourism sectors are already using AR technology in their apps.

When it comes to augmented reality mobile application development, the two dominant platforms - iOS and Android - will, at least at first, provide the best support. They both feature hardware/software such as cameras and MEMS sensors (like accelerometers), GPS, and solid state compasses, making them suitable for augmented reality mobile application development. When creating an AR app, you should at least target these two platforms since they will allow you to cover almost the entire user-base.

AR apps are generally complex. A lot of things work together to deliver AR outputs to users. That’s why the cost to develop these apps is higher than regular apps. AR apps need extensive data and then they use that data to augment objects which may also be interacted with by users. The whole process requires in-depth research and well-executed plans. This is why the development of an AR app for iOS/Android/Windows may cost somewhere from $50,000 to $75,000.