In Part 1 of this blog series Understanding IoT Security, we looked at IoT cyber security architecture from a device and communication layer perspective. In this post, we shift our focus to the cloud and lifecycle management, which present entirely different challenges and risks.

Even world leaders are starting to address the growing concerns of connecting billions of devices to the internet. The World Economic Forum recently commissioned a report to create a set of guidelines, designed for board-level use, that addresses the challenges and risks of cyber security in emerging markets based on hyper-connected technologies. Thus, IoT cyber security is high on the agenda for discussion in Davos, Switzerland this week. 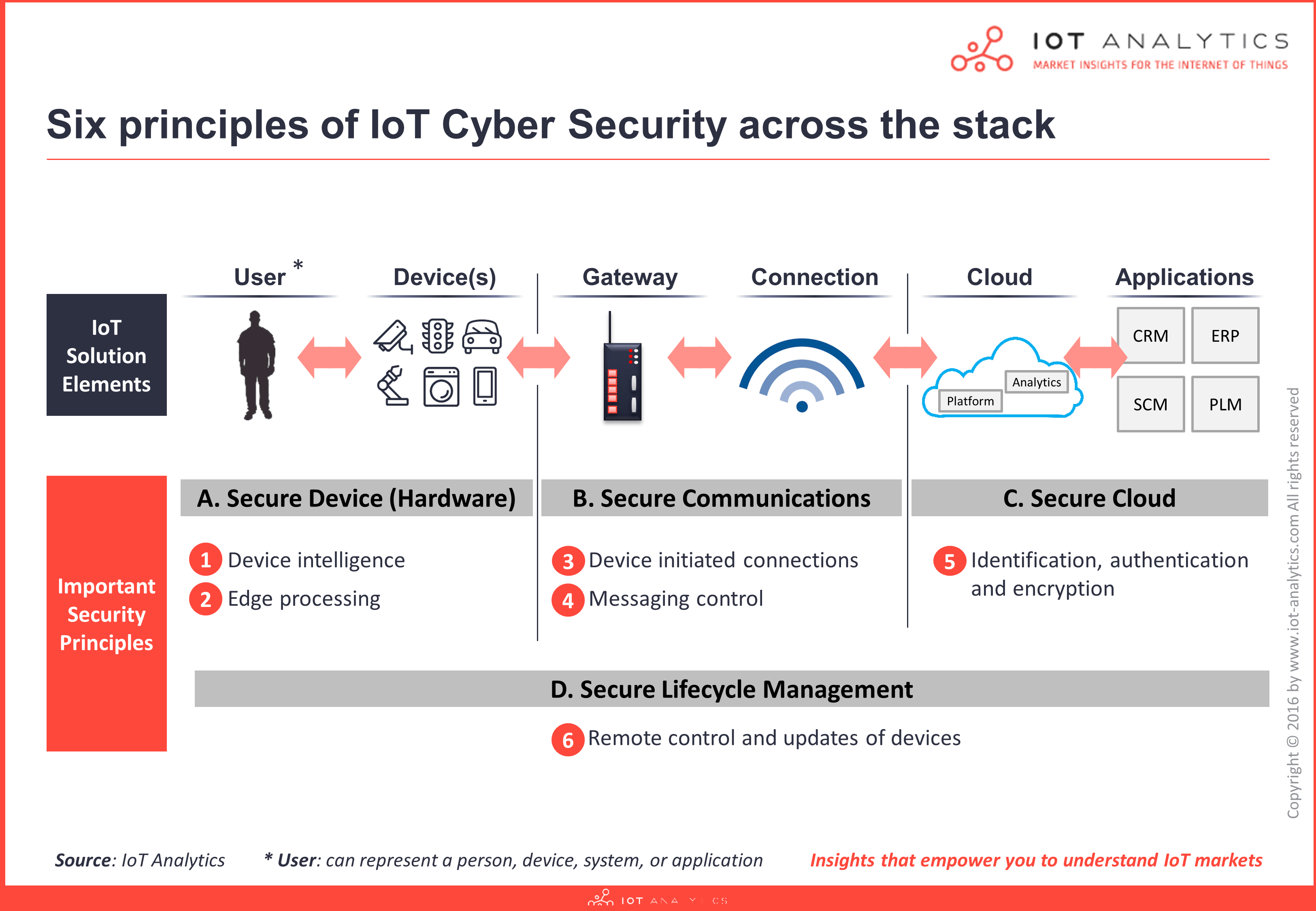 The cloud layer refers to the software backend of the IoT solution i.e., where data from devices is ingested, analyzed and interpreted at scale to generate insights and perform actions. Security has always been a major topic of discussion when assessing the risk of using cloud versus on-premise solutions. However, for the Internet of Things, the cloud is viewed as a key enabler to widespread adoption. Cloud providers are expected to deliver secure and efficient cloud services by default, and protecting from major data breaches or solution downtime issues is becoming the norm.

Identification, authentication, and encryption for machines… not humans. According to Ardexa CEO George Cora:

Secure lifecycle management refers to an overarching layer with continuous processes required to keep the security of an IoT solution up-to-date i.e., ensuring sufficient security levels are in place from device manufacture, initial installation to the disposal of things. Security by design is only the first step in the ongoing effort to keep an IoT solution secure, further steps throughout the lifecycle include policy enforcement, regular auditing and vendor control.

When it comes to the security of remote control and updates, according to George Cora:

“Remote control, or the ability to send commands to a device throughout its lifecycle, can be a very sensitive, but powerful, feature. Remote control of a device is essential in allowing remote diagnostics, setting a new configuration, updating buggy software, retrieving files, resetting a machine learning algorithm with a new of set of learning data, adding new functionality to a product and more. The key to secure updates and remote control is to ensure that a device does not allow incoming connections (see principle 3), yet has a bi-directional connection, is correctly secured (see principle 1), uses a message switch as the communications channel (see principle 4) and is correctly implemented. Ultimately, the software on the device acts as a server, albeit one that only communicates with the cloud and does not allow anyone to connect. However, implementing remote control software and managing secure updates throughout the device lifecycle is tricky and not for everyone.”

Silver bullets rarely exist in addressing IoT security issues. Having presented several important IoT cyber security architecture features across four different layers and highlighted important principles, it is fair to say IoT security design is complex. Solutions to security will typically involve a number of key elements working together to minimize the various threats or exposures. This complexity is often ignored or mismanaged, in preference of more simplistic solutions. Recent real-life cases have demonstrated that solutions often require a broad range of approaches and considerations. The following examples demonstrate this very well.

In 2014, researchers with the U.S. Air Force Institute of Technology (AFIT) demonstrated the feasibility of booting an unsecure device with malicious firmware. They created a prototype rootkit that can sit undetected in the firmware of an industrial programmable logic controller (PLC) that enabled them to corrupt utility and plant floor operations in the factory.

In 2015, two cybersecurity experts used a man-in-the-middle attack to take control over a Jeep on the freeway (e.g., controlling the air-conditioning, radio, windshield wipers, and brakes). Although it was staged, the attack showed the potential for how dangerous man-in-the-middle attacks could be in theory and led to the recall of 1.4 million vehicles.

In 2015, a UK-based telecom and Internet provider Talk Talk were subject to several cyber security breaches where customers’ data was exposed as it was stored unencrypted in the cloud. Hackers were able to easily access and steal millions of customers’ credit card and bank details.

In 2015, a hacker was able to raise the dosage limit on medication delivered to patients through a Hospira drug infusion pump. The main issue arose from an unsecure library update process and communication modules for the pumps.

Are access and privilege levels correct for an IoT implementation?

Are updates in software or firmware digitally signed or authenticated?

Learning from such examples across the stack, and applying the six principles (laid out here and in Part 1 to real world solutions can make IoT devices and applications a lot easier to use, and much less likely to be compromised.

Stay tuned for Part 3 of our IoT cyber security blog series in the coming weeks where we take a closer look at open architecture security in IoT and design considerations for the real world.