the composite pattern is a very powerful design pattern that you use regularly to manipulate a group of things through the very same interface than a single thing. by doing so you don’t have to discriminate between the singular and plural cases, which often simplifies your design.

yet there are cases where you are tempted to use the composite pattern but the interface of your objects does not fit quite well. fear not, some simple refactorings on the methods signatures can make your interfaces composite-friendly, because it’s worth it.

imagine an interface for a financial instrument with a getter on its currency:

this interface is alright for a single instrument, however it does not scale for a group of instruments (composite pattern), because the corresponding getter in the composite class would look like (notice that return type is now a collection): 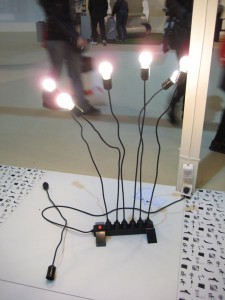 the composite pattern applied to a lamp: same plug for one or several lamps

the brutal approach is to generalize the initial interface so that it works for the composite case:

this interface now works for both the single case and the composite case, but at the cost of always having to deal with a collection as return value. in fact i’m not that sure that we’ve simplified our design with this approach: if the composite case is not used that often, we even have complicated the design for little benefit, because the returned collection type always goes on our way, requiring a loop every time it is called.

the trick to improve that is just to investigate what our interface is really used for. the getter on the initial interface only reveals that we did not think about the actual use before, in other words it shows a design decision « by default », or lack of.

turn it into a boolean method

very often this kind of getter is mostly used to test whether the instrument (single or composite) has something to do with a given currency, for example to check if an instrument is acceptable for a screen in usd or tradable by a trader who is only granted the right to trade in eur.

in this case, you can revamp the method into another intention-revealing method that accepts a parameter and returns a boolean:

this interface remains simple, is closer to our needs, and in addition it now scales for use with a composite, because the result for a composite instrument can be derived from each result on each single instrument and the and operator:

something to do with fold

as shown above the problem is all about the return value. generalizing on boolean and their boolean logic from the previous example (‘&=’), the overall trick for a composite-friendly interface is to define methods that return a type that is easy to fold over successive executions. for example the trick is to merge (« fold ») the boolean result of several calls into one single boolean result. you typically do that with and or or on boolean types.

if the return type is a collection, then you could perhaps merge the results using addall(…) if it makes sense for the operation.

technically, this is easily done when the return type is closed under an operation ( magma ), i.e. when the result of some operation is of the same type than the operand , just like ‘boolean1 and boolean2 ‘ is also a boolean.

this is obviously the case for boolean and their boolean logic, but also for numbers and their arithmetic, collections and their sets operations, strings and their concatenation, and many other types including your own classes, as eric evans suggests you favour « closure of operations » in his book domain-driven design . 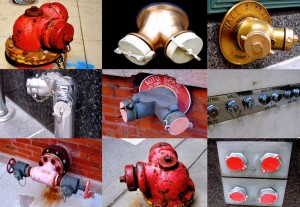 fire hydrants: from one pipe to multiple pipes (composite)

turn it into a void method

though not possible in our previous example, void methods work very well with the composite pattern: with nothing to return, there is no need to unify or fold anything:

the last trick to help with the composite pattern is to adopt the continuation passing style by passing a continuation object as a parameter to the method. the method then sets its result into it instead of using its return value.

as an example, to perform search on every node of a tree, you may use a continuation like this:

this style does complicates the interface of the method a little, but also offers the advantage of a single allocation of one instance of the continuation across every call. 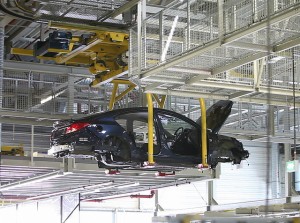 one word on exceptions

methods that can throw exceptions (even unchecked exceptions) can complicate the use in a composite. to deal with exceptions within the loop that calls each child, you can just throw the first exception encountered, at the expense of giving up the loop. an alternative is to collect every caught exception into a collection, then throw a composite exception around the collection when you’re done with the loop. on some other cases the composite loop may also be a convenient place to do the actual exception handling, such as full logging, in one central place.

we’ve seen some tricks to adjust the signature of your methods so that they work well with the composite pattern, typically by folding the return type in some way. in return, you don’t have to discriminate manually between the single and the multiple, and one single interface can be used much more often; this is with these kinds of details that you can keep your design simple and ready for any new challenge.