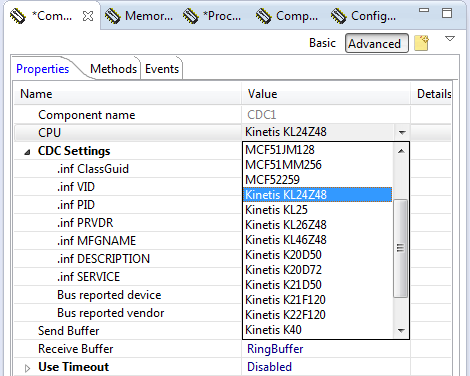 The FatFS component has been updated and uses now the latest R0.10c from http://elm-chan.org/fsw/ff/00index_e.html

R0.10c comes with bug fixes and many improvements, but as well with a changed API for mounting. Instead a numeric drive number for multidrive support, it now requires a string. I have updated my components to reflect this.

This means that you might need to update your projects too: Instead of the drive number (e.g. 0) pass now an empty string “” or “0″.

If using a console like Putty then you probably send characters by characters, instead of the whole command in one sequence. Thanks to the contribution of Daniel Winz (thanks again!) the Shell component supports backspace (deleting characters already sent).

Entering backspace will delete the last character, so I can enter the correct string:

If using the Shell in that mode, and if the terminal does not feature an ‘auto-echo’: enable the Echo function in the Shell: 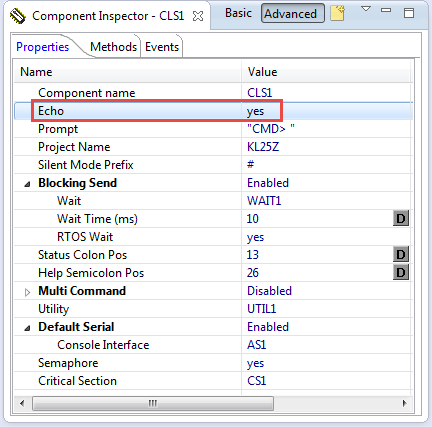 which can be used by the application for conditional code. configUSE_TRACE_HOOKS is set to 1 if trace hooks are used, 0 otherwise.

I try to keep the releases on SourceForge about once a month, but there has been several changes in the last two weeks who made it worthwile to do a new release. I hope that it is useful for you.

PS: you can subscribe on https://sourceforge.net/projects/mcuoneclipse/ to get notified about new releases.