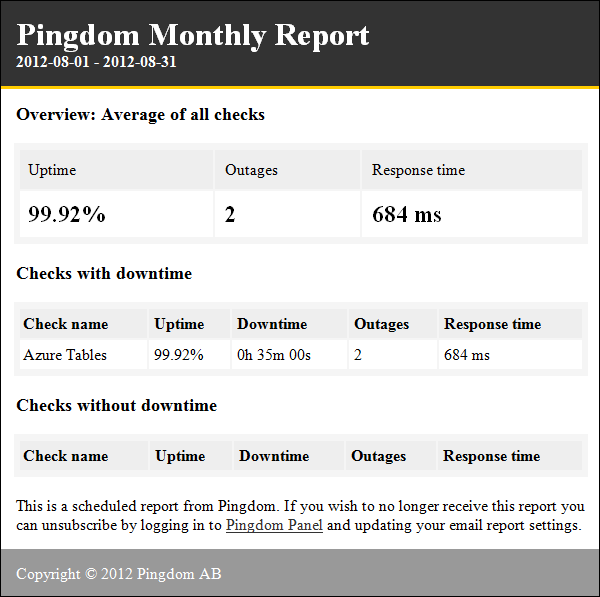 Here’s the detailed uptime report from Pingdom.com for August 2012: 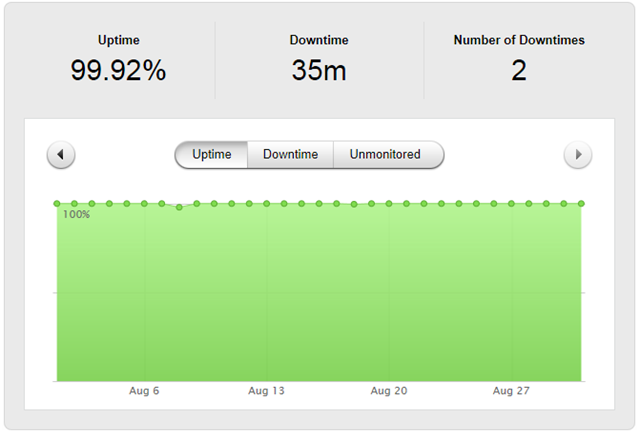 Following is detailed Pingdom response time data for the month of August 2012: 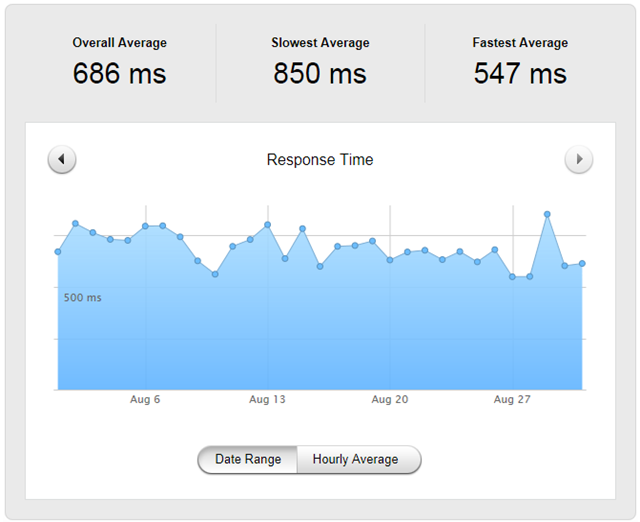 This is the fifteenth uptime report for the two-Web role version of the sample project since it was upgraded to two instances. Reports will continue on a monthly basis. 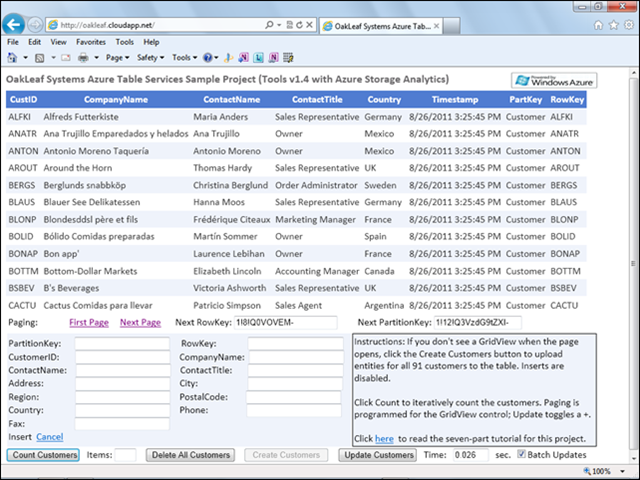 I believe this project is the oldest continuously running Windows Azure application. I first deployed it in November 2008 when I was writing Cloud Computing with the Windows Azure Platform for Wiley/WROX, which was the first book published about Windows Azure.

The application runs the default set of Windows Azure Diagnostics. About 5 GB of Event Counter data provides the source data for my Generating Big Data for Use with SQL Azure Federations and Apache Hadoop on Windows Azure Clusters post of 1/8/2012.

For more details about the Table Services Sample project or to download its source code, visit its Microsoft Pinpoint entry. Following are Pinpoint listings for four three other related OakLeaf sample projects, two of which are live in the South Central US data center: