In my previous two posts on Scala Compiler options, we saw a number of options that can improve your experience developing Scala. In this post I want to focus on one option in particular:
-Xlint. If you thought the other options made your life better, this one will improve it by leaps and bounds. 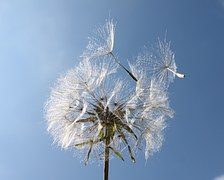 -Xlint enables a number of linting options in the Scala compiler that will produce warnings about various code smells. There are 15 linting options in Scala 2.11. By default, they are disabled, but can all be enabled by adding -Xlint to your scalacOptions setting. They can also be enabled individually by using -Xlint:<option>. Most of the resources I've seen suggest enabling all of the options and calling it a day. This is good advice and you should probably follow it, but I wanted to take some time to dig into what you are actually getting when you enable this option. In addition, it's very helpful to see the linting warnings to understand what issue the compiler has surfaced and why it was produced.

The Scala compiler can attempt to adapt a set of arguments into a tuple. This can lead to an issue where a tuple is passed to a parameterized function that takes a single argument. There are several ways to catch adapted arguments, as I've mentioned in previous blog posts, but this is yet another way to handle it. As we have seen before, this warning can be triggered by trying to pass a tuple to a single argument constructor:

In Scala, functions that take no arguments (nullary functions) can be defined in one of two ways:

However, the recommended style is to use the parenthesis when the function produces a side effect. So a code block like the following will trigger the Nullary Unit warning:

Nullary methods can cause us more pain, because methods defined without parenthesis are actually considered different methods signatures:

This can also be a pain point when trying to interoperate with Java. If we had a Java class that inherited from Row in the previous example, we would also have this issue.

Due to Scala’s scoping rules, it is possible to define classes and methods in such a way that they are impossible to override because their arguments are private:

When we let the compiler infer the types of our values, we can sometimes get surprising results. In the worst case, the compiler can’t infer anything about the value that we gave it and must resolve it to Any. In the vast majority of cases, we don’t want our values to just be Any, so it would be helpful if the compiler would warn us when a value was inferred to be Any.

Scala offers us string interpolation through StringContext. An example of basic interpolation is `s"$x is a number"`. Sometimes, we forget to add the interpolator:

In this case, we can get an error warning us that we probably forgot s. Note that this warning will not trigger if there is no variable in scope that comes after $ in the string:

I find this option to be quite puzzling because, try as I might, I cannot trigger it. At first glance, its name suggests that it will warn that you have free hanging documentation blocks; however, this is not the case. I looked at the source code of the compiler and found a comment saying that it will “only warn in the presence of suspicious tags that appear to be documenting API.” Basically, this option is supposed to warn you if you have free-hanging API documentation. Despite being able to see the heuristic for what constitutes API documentation, I still cannot produce the warning from this option. If anyone has found this option useful in the past, I’d be interested to hear about your experience with it.

Sometimes we have to deal with mutable variables. The linter can provide some protection from shadowing names of mutable variables such that they would cause the variable from a parent class to not receive the assignment. In this case, assigning to conn would change in PGDatabase but not in Database:

The linter can warn us of this:

Similar to the private shadowing issue, type parameters can be shadowed as well. It is unlikely that you want to shadow a type parameter (although you can), so this lint warning will prevent you from writing code like the following:

In this case, we defined the type parameter on the class and then redefined it on the method.

This warning is less relevant these days, as View Bounds have been deprecated for a while, and as far as I’ve seen, not really used anyway. The gist of the error is that if you have two implicit definitions and one of them is parameterized and you then attempt to use the parameterized definition in a View Bound, the Scala compiler will emit an error that looks something like this:

In Scala, we make use of implicits, sometimes without being fully aware of what we are relying on. Often the only reason we are able to treat one value as another is the result of an implicit that we were unaware of. This can be especially problematic when converting from Java classes to Scala classes that have an implicit conversion in the Predef:

This compiles because Scala's Predef defines implicit conversions from Java's String and Double to Scala's String and Double. However, there is a problem. If value is passed into the auxiliary constructor as null, then a Null Pointer Exception will be raised. To warn of these implicit conversions being applied when creating an Option, we can use option-implicit to generate this warning:

Scala’s DelayedInit delays the initialization of code in a class or object body. Although it is now deprecated, it still appears regularly enough in Scala applications in the form of the App trait. Problems can occur when using values that are exposed from classes of objects from outside of that scope:

As the error indicates, it is possible that Main.maxConnections has not been initialized when it is being used inside DataBaseConnection.

Sometimes some of Scala’s more powerful features don’t always play well together. One example is trying to use a right associative method with a by-name parameter:

As we can see, due to a compiler bug, we cannot have the argument be both a by-name parameter and a right associative function. If you want to learn more about why this is, take a look at SI-1980.

This warning might seem a little odd at first. It will raise a warning when you have defined a class inside a Package Object:

While it might seem no different than defining DbValue in the db package, it is actually discouraged because it can be problematic for the compiler. In addition, there is the chance of naming collisions between projects under the same package name that depend on each other.

The unsound match option is hugely beneficial especially if you find yourself using more complicated match statements. In many cases, the compiler can determine if your match statement has holes in it that could cause a value to fall through and cause a MatchError. For example, if you match on an Option type, and only have a branch for Some, the compiler can warn you:

However, this will not catch logic errors, so it is still possible to write match statements that cause errors:

This block of code will throw an error when Some(1) is passed in, but this cannot be caught by the linter.

In addition to matches being unsound, it is also possible to pattern match case classes with variable arguments in such a way that is valid code, but can result in odd errors. The following example shows two cases in which this can happen:

In the first case, the rows may not match depending on the number of elements in that field. In the second case, we try to capture the head and the tail of the sequence, which can also fail to match at runtime.

Hopefully this deep dive into -Xlint has given you a better understanding of a number of code smells that can crop up in Scala and how to catch them at compile time. Armed with this knowledge, you should experience a significant improvement in your ability to develop in Scala.