As the New York Times reported earlier this year, attention span has fallen from 12 seconds in the year 2000 to 8.5 seconds today, representing a low beneath that of a goldfish.

Rick Pastoor writes in A List Apart, user onboarding is "a risky business." It’s the moment that your value proposition and design come together to engage a user for the first time.

Given that so much rides on the first few seconds of an interaction, what are the crucial elements to include, which are the ones to leave out, and what should inform your interpretation of the former and latter?

In 1956, psychologist and cognitive researcher George A. Miller first asserted that working memory capacity amounts to “7 ± 2” chunks. Further research has problematized and refined this number along predictable lines—what kinds of chunks, encoded how, with which kinds of prior experience and reinforcement, in which situations?—but it’s generally accepted that presenting users with a greater number of choices inhibits task completion.

I’ve chosen the app Tumblr because it’s well-known and possesses an onboarding process that is among the most streamlined in the industry today. 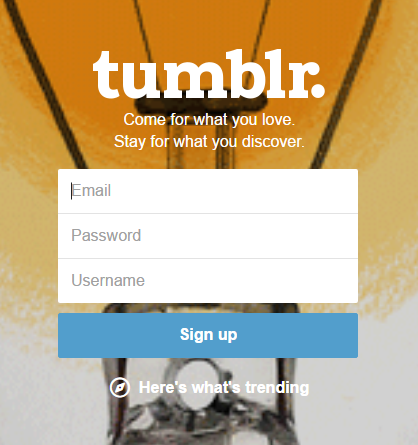 Beyond the self-evident nature of these fields, there's nothing else on the page—and, most importantly, nothing that would cause the reader to confuse the call to action with anything else.

Each of these fields, however, handles its own task with some subtlety:

Even after onboarding is complete, one of the greatest challenges remains: the initial, or empty space.

This problem has plagued everyone from designers to writers: it's variously known as the problem of the blank document, the tyranny of the empty room, a zero-data state, or simply empty state.

A zero-data world is a cold place. When first-time users look at your app and all it does is show a blank slate without any guidance then you’re probably missing out on an opportunity.

In each case, Tumblr takes the opportunity to fill the empty space. The choice of what to include, or exclude, from the initial state is a difficult one: should you choose a "Welcome Screen", a tour or wizard, or simply populate the empty state with sample data?

Two of Tumblr's empty states, below, are evidence of lessons learned from years of building interfaces. And, while they may appear simple, there's more going on than just an absence of user content.

Google's design guidelines make it clear why this works: both images suggest actions while not appearing as part of the foreground.

That is, it's clear what may appear in the space by the muted presentation of the empty state. The purpose of the screen is conveyed without causing the user to believe that a) data already exists or b) that the background is, itself, a conduit to populating the screen, rather than a sign post. 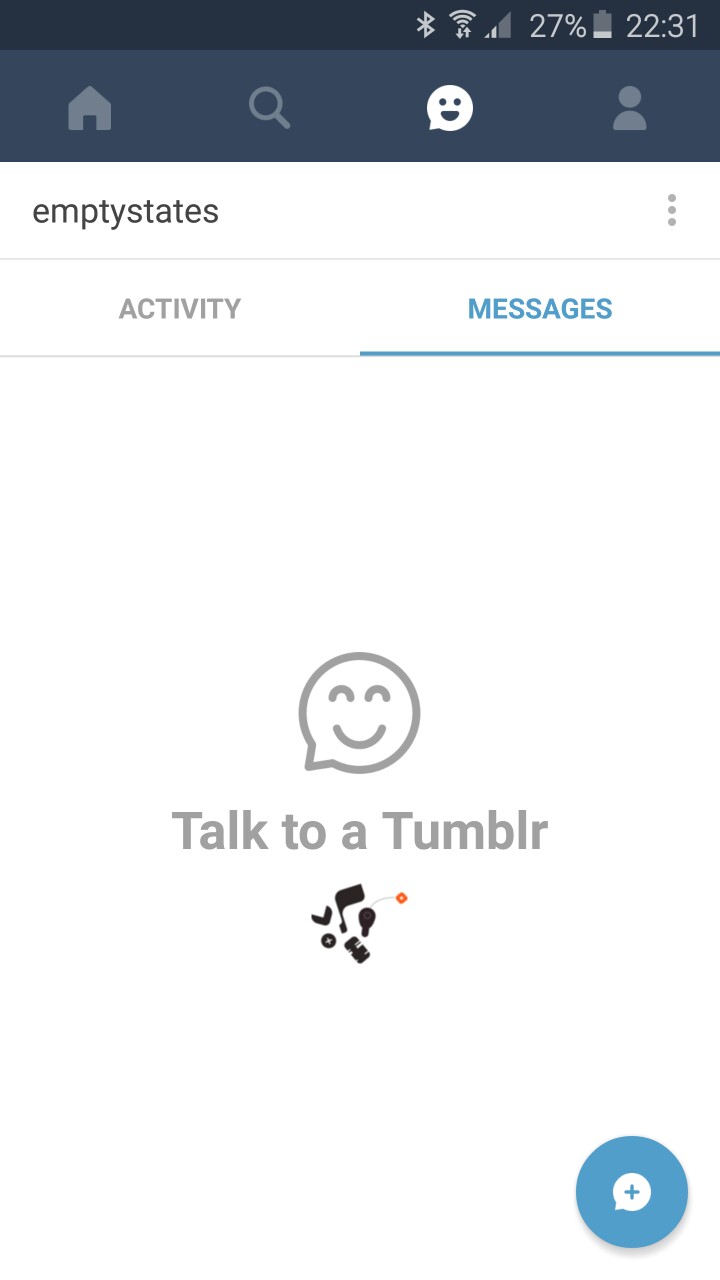 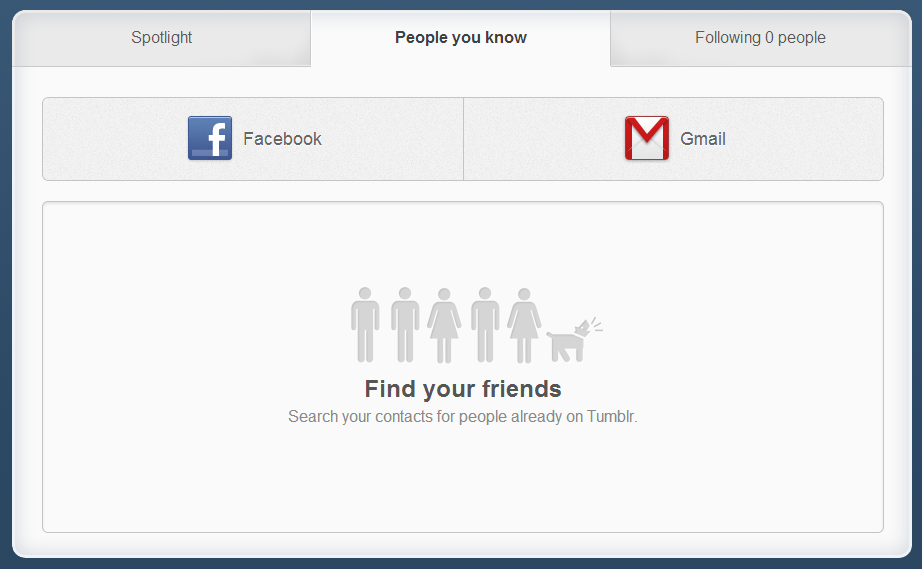 This is How You Find Your App’s Aha! Moment

Why Fixing Week One Retention Will Save Your Mobile App