18 months or so ago, I wrote about some interesting new research that was able to accurately predict depression purely from listening to our voice. While it's perhaps fair to say that such work has yet to make it to market, a recent study from the University of Vermont highlights the work still being done in the field.

It reveals the use of machine learning to spot signs of depression and anxiety in one of the 20 percent of young children who are believed to suffer from some form of anxiety or depression. Diagnosing the condition in children that young is difficult, as they're not able to reliably articulate the feelings they're having, which can lead to many children remaining undiagnosed, and therefore untreated. 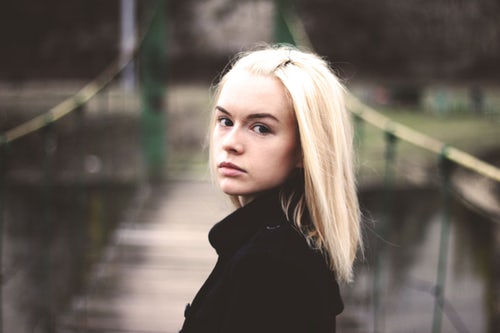 As with so many conditions, the earlier you can diagnose mental health issues in children the better, but this is especially so in young children, as their brains are still developing and so untreated conditions can easily develop into things such as substance abuse later in life. The traditional method of diagnosis involves a semi-structured interview with a clinician, but the researchers believe AI can do a better job, both in terms of accuracy and speed.

The researchers developed a modified version of the Trier-Social Stress Task that's designed to invoke feelings of stress and/or anxiety in a subject. This involved asking a group of volunteer children to improvise a short story, with each story judged based upon how interesting it was. The judge was instructed to give either neutral or negative speech, whilst holding a stern expression throughout the speech. Alongside the test, each child was also given a structured clinical interview to test for various issues.

A machine learning algorithm was then used to analyze various statistical features of the audio recordings of each story to relate them to the diagnosis of that child. The researchers found that this algorithm was successful at diagnosing the children, with the middle point in the story the most valuable part in terms of predictive ability.

"The algorithm was able to identify children with a diagnosis of an internalizing disorder with 80 percent accuracy, and in most cases, that compared really well to the accuracy of the parent checklist," the researchers explain.

What's more, the system was also able to provide this diagnosis in just a few seconds. It was able to identify eight specific features in the children's story, with three, in particular, standing out as indicative of disorders. Low-pitched voices, repeated speech inflections, and a high-pitched response to a buzzer used during the stories were all tell-tale signs of mental health issues.

"A low-pitched voice and repeatable speech elements mirrors what we think about when we think about depression: speaking in a monotone voice, repeating what you're saying," the authors say.

A high pitch response to the surprising sound is also something that has also emerged in previous research, with the authors suggesting this was common with a strong response to a fearful stimulus.

The team plan to further develop the system into a screening tool that can be used in a clinical environment, potentially even via an app. It could even be combined with motion analysis or other diagnostic tools to better identify children at risk of depression and anxiety, with the team confident that they can provide the diagnosis before even their parents suspect anything is wrong.