Augmented Reality has reached peak popularity over the last few years. The physical environment is overlaid with virtual elements and tips (geotags, addresses, recommendations, guides) by means of glasses, a smartphone, or a tablet.

In a similar way, Augmented Reality works for manufacturing, but instead of buildings and streets, mechanisms, devices, and layouts are augmented with data, assisting technical staff and servicemen to make a correct decision. 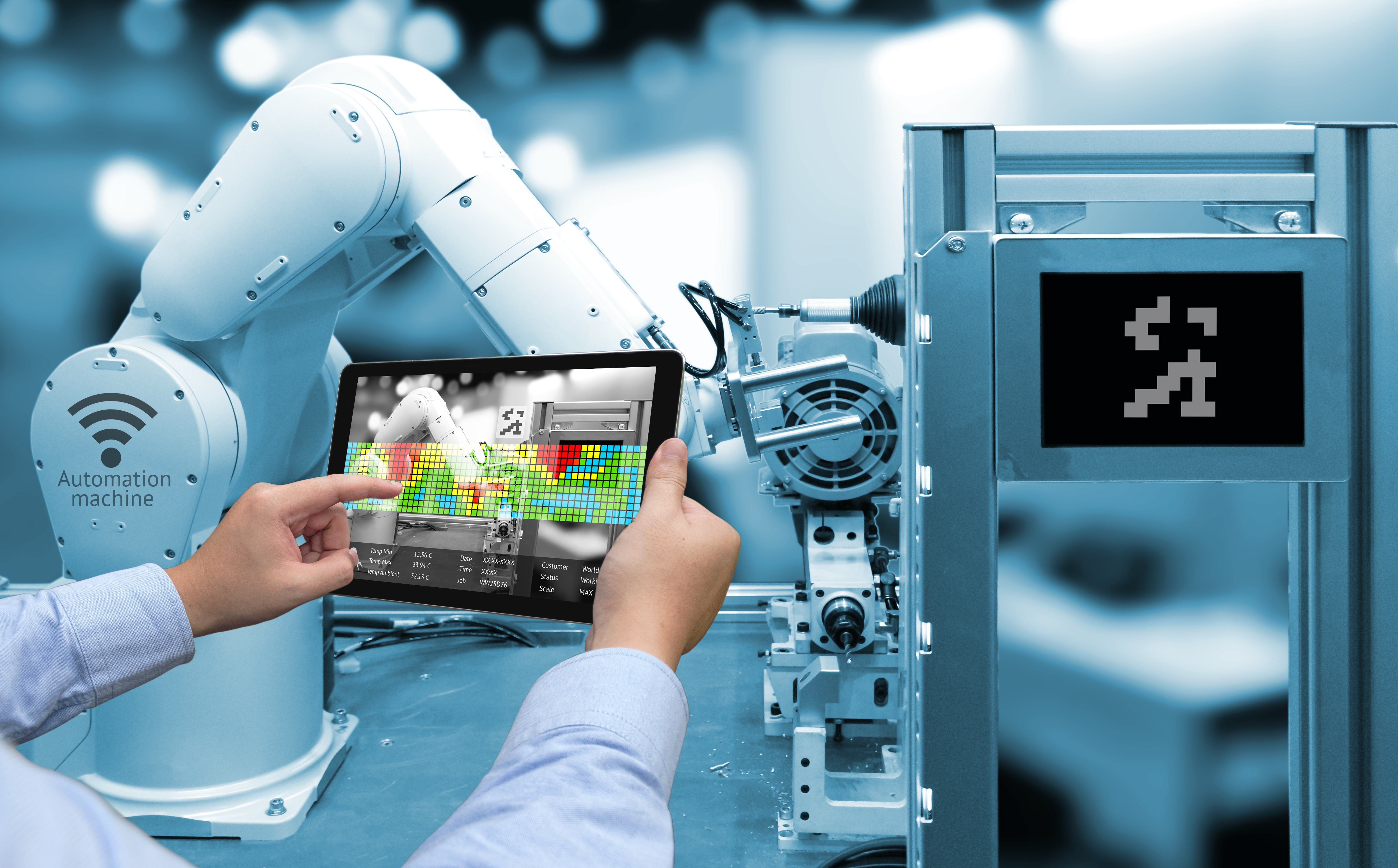 Basically, software is unique for each particular project. Currently, there are no common platforms accepted by developers as a standard platform.

For example, respective devices, such as tablets, smartphones, glasses, etc., project the data that are required for a technician in each particular case on a real object, e.g. layouts or assembly guidelines, sites of possible malfunction, or a serial number of components to be replaced.

One of the first famous projects was launched in 1992 by Boeing. Visualization of wires on the aircraft hull and displaying layouts of wire cords facilitated assembling activities and reduced the probability of mistakes. The term "Augmented Reality" actually appeared during the implementation of this project.

In the 1990's, developers faced certain obstacles that hindered the implementation of Augmented Reality in industrial activities, for instance, the size of devices, low computing capacities, and insufficient portability.

Enormous advances in mobile technologies made a huge impact on the expansion of Augmented Reality for manufacturing purposes. Since 2000, several big companies from different industries have introduced Augmented Reality elements in their production.

Devices that are rendering Augmented Reality capabilities for a user at the manufacturing site differ a lot. It can be a smartphone, tablet, or  — in the utmost technological advancements — special glasses as well.

Utilizing smartphones or tablets is a good option because modern mobile devices have sufficient computing capacities to render complicated 3D graphics, for example, to display the node of a mechanism.

They easily and almost instantly overlay on real object layouts and tags that make a technician's work much easier and respectively reduces requirements to his background.

However, such an approach has essential disadvantages.

Initially, neither smartphones nor tablets were designed for such an application. Specific software consumes a great portion of battery energy, and fitting mobile gadgets is pretty expensive.

Another solution would be smart glasses equipped with a display, camera, and microphone.

According to experts, glasses seem to be the most suitable way of utilizing Augmented Reality applications in design and manufacturing. Such devices proved to be a perfect match for displaying the information on the required industrial site and weigh relatively low.

“Smart glasses” were successfully tested by giant companies like Boeing, Coca-Cola, and General Electric. The first one could not only speed up the assembly activities of certain aircraft nodes but also reduce the technical personnel’s fails by half.

Utilizing Augmented Reality sets allowed Coca-Cola to drastically reduce the time of maintenance of facilities, since the servicemen had to move from one factory to another, and they are located almost everywhere on the globe.

Lastly, General Electric — one of the most innovative companies in the world — issued a detailed report on using Augmented Reality in manufacturing at their US plant in Cincinnati.

Depending on certain operations time, the economy of assembly engineers comprised 8-25 percent, and all of this is achieved concurrently with respective reduction of fails probability.

It is worth mentioning the reaction of the assembly engineers. Despite their established habits, 85 percent of them confirmed that Augmented Reality set helps to reduce fails, and 60 percent of all participants would like to use the set in their day-to-day routine.

Conclusion: Augmented Reality Gets a Second Life in Manufacturing

In the near future, we will see a lot of projects on the integration of Augmented Reality in manufacturing purposes and respective technical maintenance, in addition to those already implemented in different business branches — starting from the food industry and ending with the aviation industry.

In complicated economic conditions and great competition in a globalized world, any remarkable efficiency growth of internal business processes can lead to a huge advantage on the market.

Published at DZone with permission of Nick Carter. See the original article here.