One of the most popular Continuous Integration tools is Jenkins. It stands out for the amount of plugins that its community makes available to users and the freedom it grants to create pipelines. In addition, it offers us images with which it can be deployed in containers, including in a Kubernetes cluster!

And you would imagine that doing this would be pretty easy: you write a deployment that has a pod with the Jenkins image and you already have it (apart from installing plugins and configuring it). But what if I want to build images inside a pipeline?

Well, then you need the Docker CLI or Docker plugin for Jenkins. But these, in turn, need a Docker daemon to be able to make the corresponding requests. Things start getting complicated.

In this post we are going to explore, step by step, different approaches to deploying Jenkins with Docker in Kubernetes, and explain the evolution of each one.

The most straightforward deployment is simply installing a Docker daemon. You take the Jenkins base image, install the Docker Engine, and create a custom image with both programs. Done!

This is possible; you can try it and it works. But it has certain implications that make it a bad option: 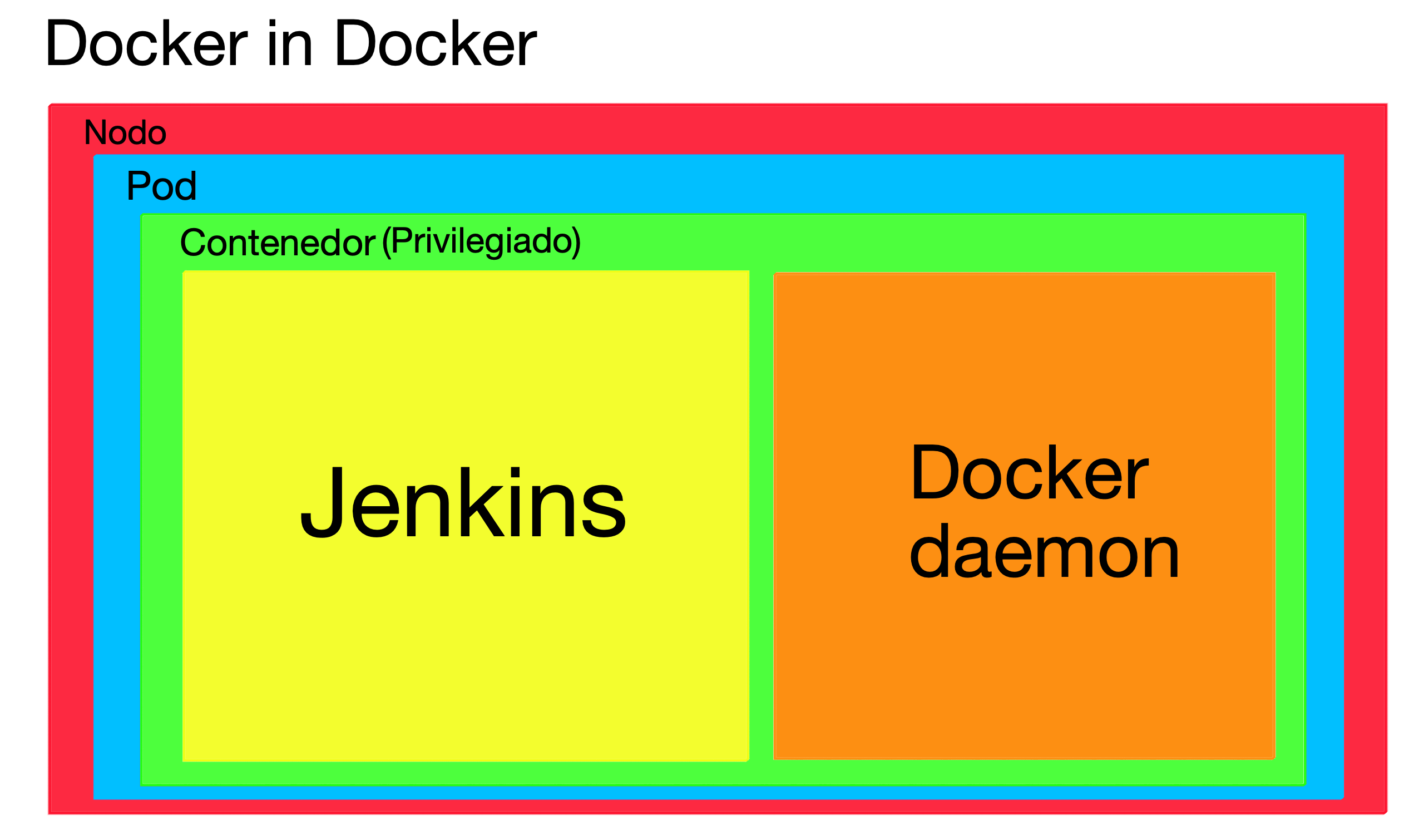 2. Docker Out of Docker

In this variant, the cluster node Docker Daemon is used. To do this, you need to use an image with Jenkins and Docker CLI, mount the socket from the node to the container, and run the container with a group that has access to the socket.

Advantages over Docker in Docker:

But even so, it too has its problems: 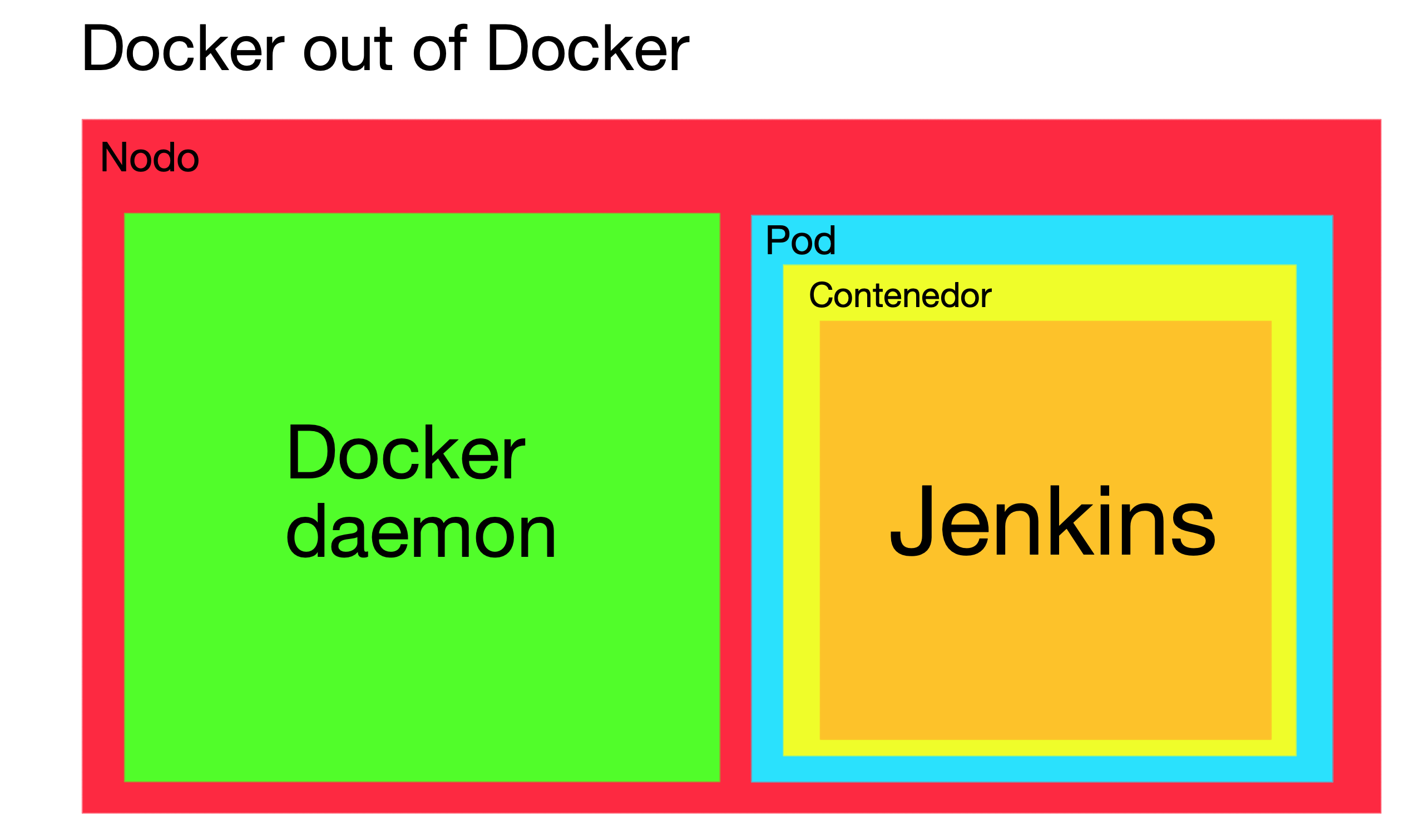 The last alternative is to deploy two containers in the same pod, one with Jenkins and Docker CLI (as in Docker out of Docker) and another with Docker Engine, and use the TCP socket, since the network in the same pod is shared.

Although at first it may seem like taking a step backwards, there is an explanation: we are able to modify the Docker daemon options. And what do we want that for? We can install authorization plugins that prevent running privileged containers on that daemon (explained in more detail in the previous post).

Advantages over Docker out of Docker:

None of the methods for deploying Jenkins in Kubernetes is good. They all carry security risks and certain drawbacks, and we will have to decide which of them we prefer for our deployment. For interest, in the official Helm chart they resolve it by mounting the node socket (DooD) and without running privileged containers, but as we explained, this still has security risks.

The recommendation is not to use Docker as an image building tool in Jenkins. There are daemonless solutions that avoid the problems described in this document, which we will explore in a future post.

Published at DZone with permission of Urko Lekuona. See the original article here.