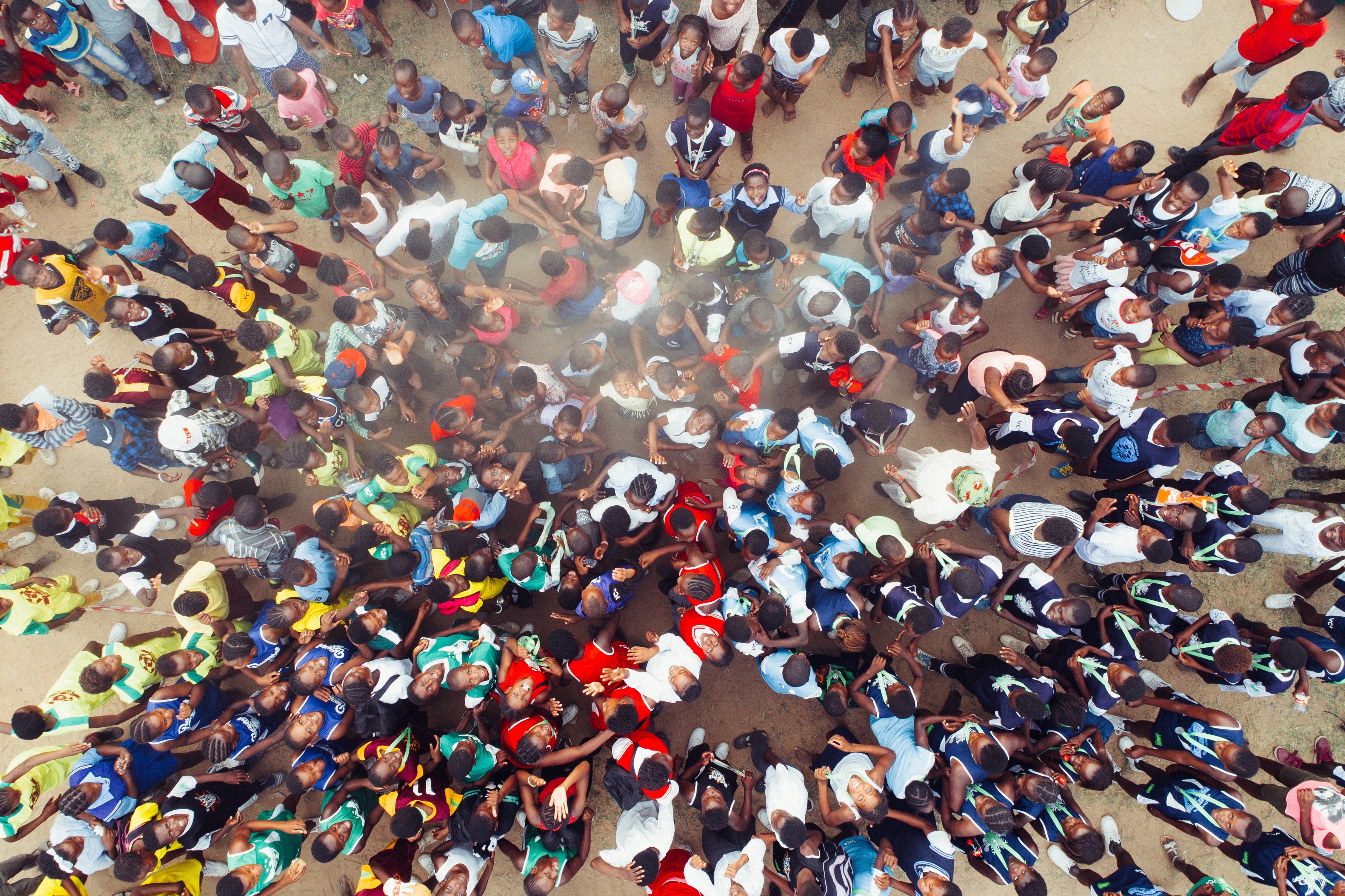 “The Internet of Things is an industry that has not exploded the way many thought it would”, is the opening line of Matt Werner’s reputed article DZone’s 2019 Guide to Internet of Things (IoT). Werner, who is now publications manager at Devada, most aptly describes the industry as one that brought along with it a lot of hope but failed to deliver on them at the scale anticipated almost a decade ago. One of the major expectations of IoT was its ability to solve pressing social and economic issues of humanity. That was because of IoT’s ability to incorporate technological aid with governmental and institutional efforts in tackling issues impaling global societies.

However, there are several challenges to the IoT model that has hampered its use, albeit major innovative strides made over the years. Nevertheless, the potential of IoT in solving global issues has not subdued as IoT innovators are now restructuring business and engineering models to become more sustainable and feasible. One such leap to sustainability is supported by the rise of serverless technology, which now provides the answers to problems surrounding IoT in the public domain. Thus unlocking IoT’s full potential.

To understand how serverless can be used in implementing IoT solutions better suited to tackle global issues, we must first highlight the current shortfalls of IoT. Hence, the purpose of this piece is in removing the clout surrounding IoT’s shortcomings and highlight how the deficiency can be overcome with the introduction of serverless technologies.

IoT has shown immense growth and promise in the private sector, especially concerning consumer electronics. It is estimated that by 2022 worldwide technology spending on IoT will reach $1.2T. Moreover, Ericcson forecasts the number of cellular IoT connections to reach 3.5B in 2023, increasing at a CAGR of 30 percent. Similar statistics are scattered across various forecast reports, economic predictions of technology, and other credible resources. Nevertheless, these same growth and success rates are not reflected in the public sector.

Over the years, IoT has made its impact in aiding social issues. For example, in the agricultural industry, IoT has helped push for a new agricultural revolution. The World Bank estimates that 70 percent of the world’s freshwater supply is used for livestock and crops, and this is extremely unsustainable. IoT is solving these issues by allowing for better pasture management, improved breeding techniques, and targeted cultivation methods.

However, these innovations in IoT are pushed by private entities such as Tarla.io, which is revolutionizing agriculture in Turkey. Regardless of the minor improvements, major social change can only be achieved by the widespread adoption of IoT pushed by public entities. There is a multitude of reasons for the poor adoption rate such as corruption and ill-intent on the part of international governments, but the major barriers are as described below:

Economically wealthier nations are investing a greater portion of their resources as compared to economically weaker nations. According to data researchers Maryleen Ndubuaku and David Okereafor, from the Engineering Federal University of Technology in Nigeria, the state of current investments and push for IoT solutions in Africa are far behind that of the EU and North America. Similar cases are seen across South East Asia, conflict inflicted countries of the Middle East and even to some extent in India. The reason obviously being that the long term investments in IoT are overshadowed by the short-term benefits in social development through welfare programmes. 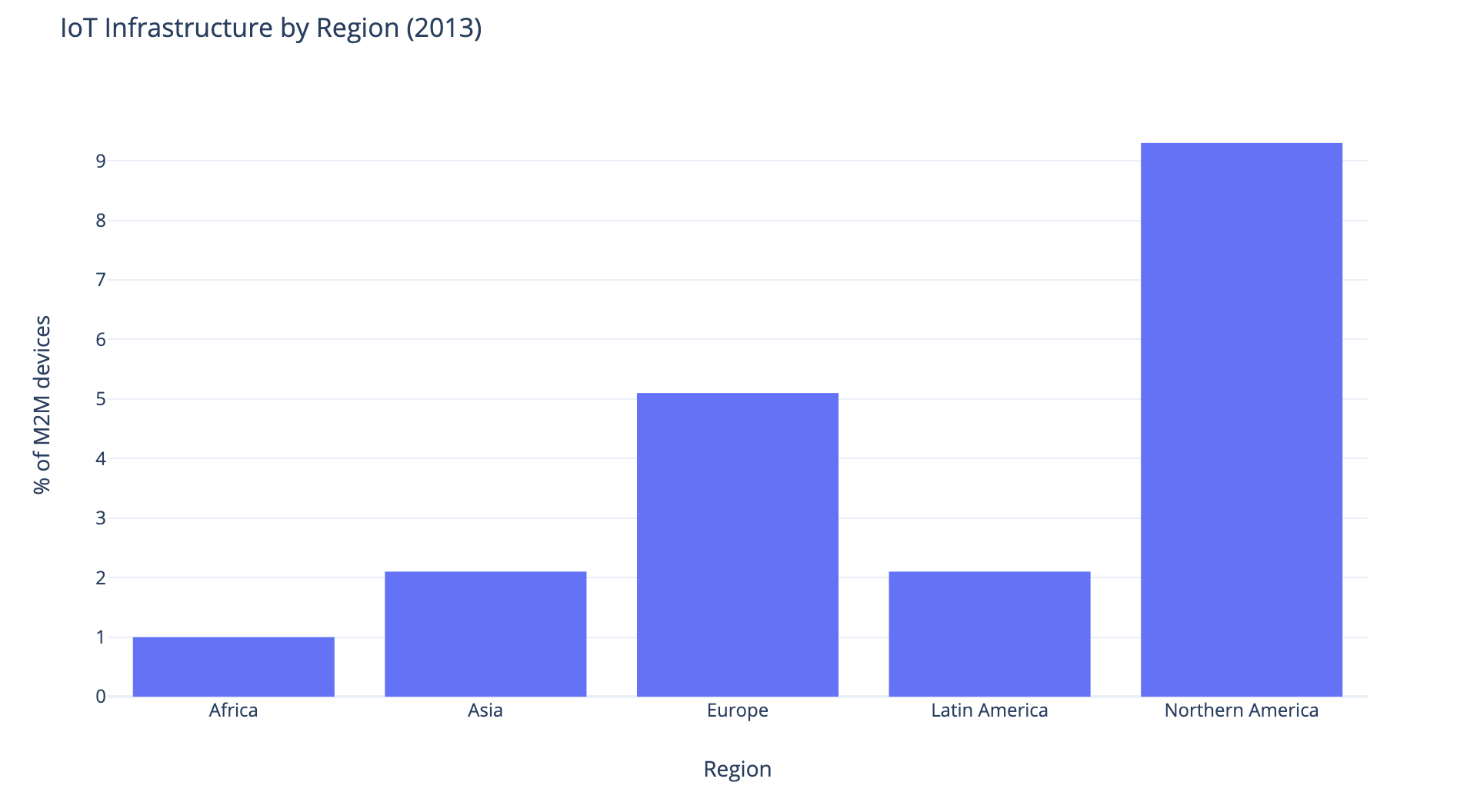 IoT is expected to have greater social gains in the economically weaker nations, as the issues facing societies in these nations could be considered more severe, and easily solvable by IoT solutions if the initiative is taken. Statistics presented by Ndubuaku and Okereafor, in their research paper, highlight the benefits of IoT in solving various issues plaguing the African continent. Therefore, it is imperative that the economically weaker nations push towards IoT adoption with the same vigor as their economically richer counterparts.

This concerns data procurement, privacy, and processing. One of the major issues regarding IoT in the public domain is security. According to researchers at the Department of Computer Science COMSATS Institute of Information Technology(CIIT) in Islamabad, security concerns are a major reason cited by governments in not adopting IoT currently.

These voiced concerns are realistic as using IoT in the public domain means dealing with personal data of entire populations. This data would most definitely contain personal information regarding social security information, personal bank accounts and even potentially information regarding cast, creed religion, gender, sexual orientation, etc. A breach in privacy at this level cannot be afforded irrespective of whatever the potential gains may be.

Lack of Skill and Infrastructure

As mentioned, the nations that would benefit the most would be those nations currently facing high poverty rates, armed conflicts, and environmental threats. Unsurprisingly these nations also lack the technological infrastructure and skilled labor force to implement the proposed IoT solutions. This greatly hampers IoT adoption as per the findings of Andrea Zanella et al. in their paper, Internet of Things for Smart Cities published in the IEEE Internet of Things journal.

The realization of IoT solutions, including network support and cloud connectivity, lacks established best practices due to novelty and complexity. IoT solutions do not only involve the device, but also the backend network support between the devices and entire backend architectures to service the device. Hence there is a need for solutions that can easily be supported and mastered by the limited resources that economically and socially weaker nations have at their disposal.

With the advent of serverless, and the support of tech giants such as AWS and Azure, the solutions to the problems barricading the success of IoT in the public domain are now being realized. A combination of FaaS and SaaS tools can potentially resolve the IoT related issues to ensure success in overcoming socio-economic problems around the world. This is because serverless architectures directly address the issues discussed.

Ease of Setup and Maintainability

IoT solutions do not only mean the device itself but also involves building connectivity, backend processing, and data storage components. That means setting up IoT requires multidisciplinary skills, which can be difficult for many nations to procure. Therefore, it is important that the IoT solution designed relay ease of implementation and maintenance.

Using serverless technologies for back-end and data storage can resolve the issue of lack of skilled labor. Connecting IoT devices to serverless functions for data processing and storage is relatively simple compared to the alternatives. This is because container management and connectivity are almost completely abstracted to the vendor, allowing IoT developers to focus more on the device and business logic.

The ecosystem of additional SaaS tools in the serverless ecosystem further ease development and maintenance. IoT developers choosing serverless have at their disposal a wide variety of partner tools ranging from the field of app management to deployment and monitoring. Thundra.io is one such tool that ensures that IoT developers new to serverless are not left in the dark by providing comprehensible monitoring data. The use of such tools greatly benefits serverless developers and levels the overall learning curve that would otherwise be a barrier for IoT adoption.

As a result, it is easier for public entities to train and procure labor into using serverless. This is mainly because jobs regarding container management in the cloud are abstracted to the serverless vendors. There is no more need for arduous container handling training or continuous resource management to meet the varying needs of IoT architecture. Serverless provides feasible solutions for nations lacking in skilled labor by abstracting the complexity of setup and management of cloud services to cloud vendors.

One of the greatest advantages of serverless is it’s event-driven computation costs. That means that the serverless resources dedicated to servicing an IoT device meet the exact resource requirements needed at that specific time. Therefore, IoT solutions can benefit by being charged only per request count and also from scalable back-end services. Instead of paying for static cloud containers or difficult to maintain on-site servers, public entities can greatly benefit from the serverless cost model. Andy Warzon, the founder of Trek10, has aptly described the cost benefits of going serverless with AWS Lambda over EC2 containers. The benefits could vary depending on the use case of the IoT device in terms of rate of requests, but overall, serverless would be relatively cheaper, and more reliable than containers. Hence, public entities would greatly benefit cost wise in using serverless to run the back-end of their IoT services and thus be less reluctant in adopting IoT solutions overall.

Security is another major concern that serverless can help overcome. One of the domains of development that IoT developers have to think about is ensuring that information sensitive data is properly handled. The inability to implement satisfactory measures is cited as the reason for public entities not adopting IoT. However, serverless not only delegates container management but also container and data security to the vendor. Thus, this reduces security concerns and makes IoT adoption much more feasible.

Additionally, SaaS tools such as Nuweba and PureSec enhance serverless security further mitigating the pains in upholding data privacy. Similarly, cloud vendors themselves such as AWS are creating services deemed reliable for public use. For example, AWS GovCloud is widely used by the American government as it ensures adequate levels of data security and reliability.

Yes, IoT has not been adopted in the public sector on the levels that were first imagined, and the reasons are justified. This resulted in a great loss of momentum in solving the world’s problems. Nevertheless, as serverless now emerges as reliable, cost-effective, and secure technology, it is important that IoT and serverless are paired to facilitate IoT adoption in the public sector. With IoT and serverless intertwined to solve the problems of the world, we can conclude with a line from written by the famous Arthur C. Clarke: “Any sufficiently advanced technology is indistinguishable from magic.”