the i hear voices: post javafx sdk preview release post highlighted some positive feedback from the developer community.  the same post on javalobby was met with responses that made it clear that several developers in the linux community are frustrated by the fact that only windows and mac are officially supported by this technical preview release.

i asked mike gionfriddo (javafx architect at sun) to join the fray during some questions about linux support in a previous post, and he posted this comment , repeated here for your convenience:

from the javafx perspective, when we talk about cross platform, its simply not across desktop platforms, but across a range of consumer platforms including mobile and television devices.  as we discussed at javaone, we are actively developing both a desktop and mobile release.

now what's up with linux? the javafx preview release will only be supported on windows and mac os-x.  these two platforms are widely used for the designer/scripter community javafx is attempting to reach and we wanted to get feedback from that audience as quickly as possible.  we do plan on supporting linux in future releases and as jim points out, you are able to run with the technology preview branch, but caveat emptor.

as a result of the question about whether the javafx preview sdk will run on linux, weiqi gao posted an article on his blog entitled " watch javafx sdk run---on linux ". 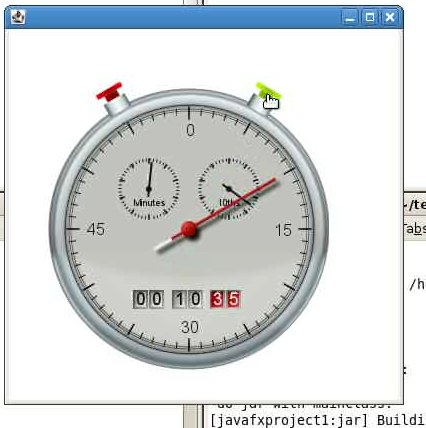 in this article he explains the steps that he took in successfully obtaining, installing, and using the javafx preview sdk on linux.  go there and check it out!