Although I had found the trigger for the problem, I still wasn't sure about the root cause of it. After a few hours of code debugging, I found the sequence of events that was blocking application start-up — it was a deadlock keeping it from starting up. Let me explain.

When the following statement is executed, it triggers the creation of a database connection. Note that the jdbcCall compile statement is being submitted to an executor service with a threadpool.

Once it has class names, it tries to load these classes and create an instance in the following statement. 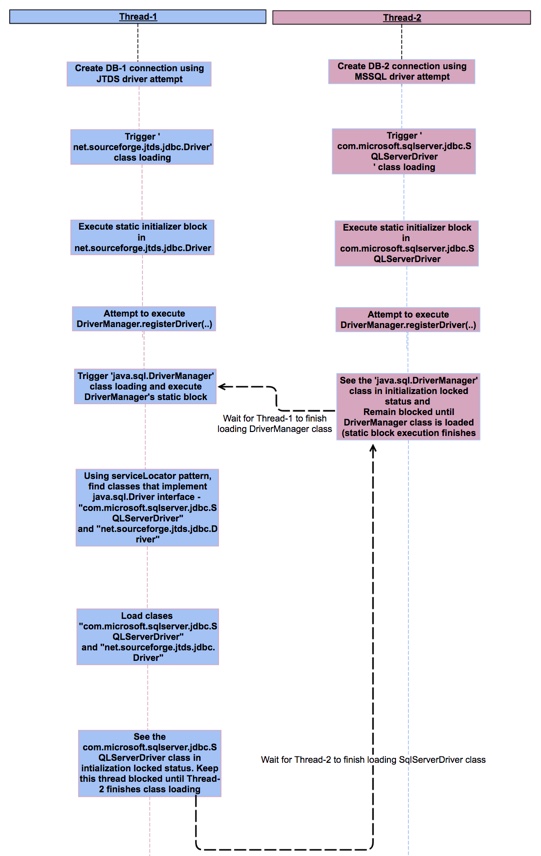 When the method getConnection is called, the DriverManager will attempt to locate a suitable driver from amongst those loaded at initialization and those loaded explicitly using the same classloader as the current applet or application.

The problem is that DataSource class loads drivers using Class.forName() method and hence creates the deadlock.

Code for demonstrating this deadlock behavior can be seen here.

Published at DZone with permission of Priya Aggarwal . See the original article here.