If you combine this feature of Docker with the ability to override CMD instruction in App Service for Linux, you can enable the scenario of passing command-line arguments to a containerized ASP.NET Core web application. Also, you can change the runtime arguments of a live app and affect the web application immediately. Although I will only discuss this feature in the context of Azure App Service, you can use the same approach with Kubernetes and Docker Compose.

To demonstrate the concept, I created a simple ASP.NET Core MVC web application that paints the homepage with the color that it receives from a command-line argument.

You can download the source code of the sample application code from GitHub.

Command Line Arguments to The Application

To understand how we can instruct Docker to pass arguments to the application, let’s explore the Dockerfile of the ColoredWeb project.

I want to draw your attention to the last two instructions of the Dockerfile. With the combination of the ENTRYPOINT and CMD instructions, Docker will try to launch the application with the following command.

In the previous command, note that we assigned the value Blue to the key Color, which is a command-line argument passed to the ColoredWeb executable. The ConfigureAppConfiguration extension method in the class Program adds the command line to the application configurations. You can pass more than one argument to the applications as well.

If you try to debug the application in local Docker container and navigate to the home page, you will see that it is painted in color red rather than blue. 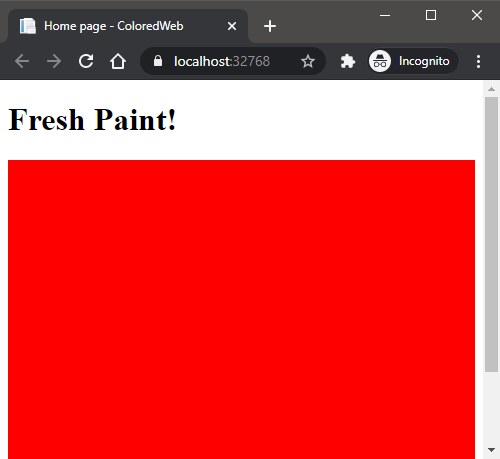 The application picks the default color because Visual Studio executes a command like the following to launch the container in debug mode.

Although you may (and should) use the Azure CLI to create and configure your application, I will walk you through the steps to set up the application on the Azure portal as it is more visually intuitive than the CLI.

On the Azure portal, create a new Azure App Service. In the first step of the wizard, select Docker Container as the mode of publishing the application and set the language toggle to Linux. Select a name and an appropriate App Service Plan that suits your requirements. 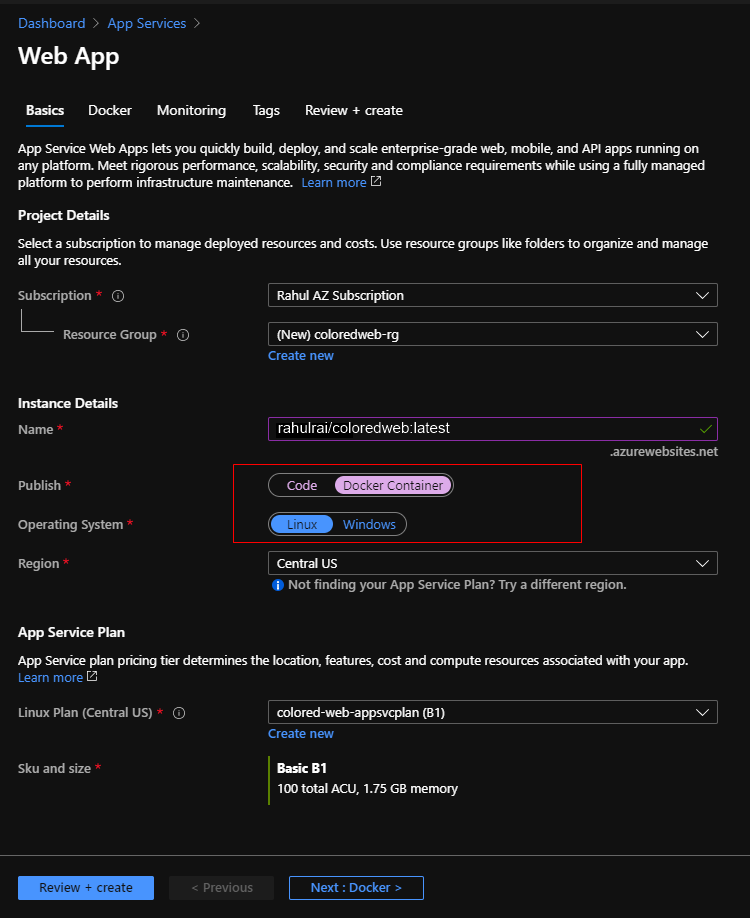 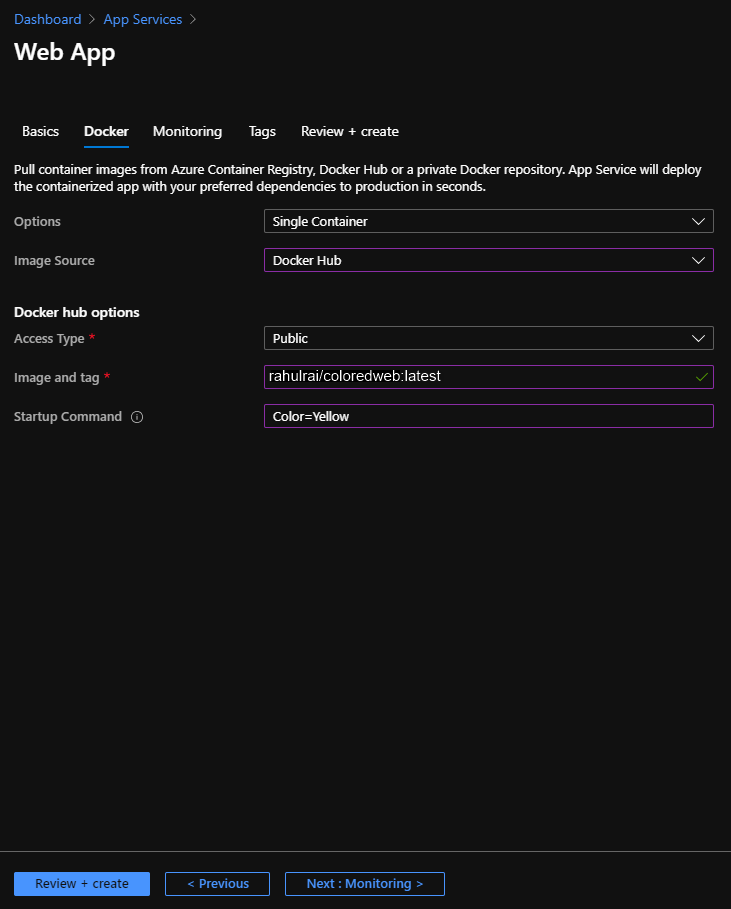 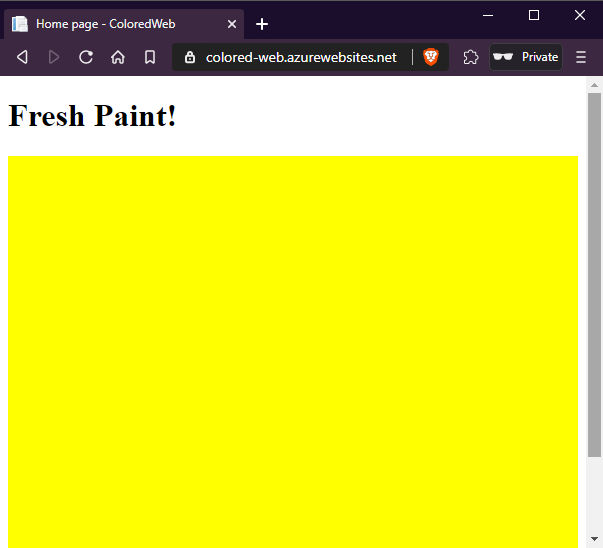 Update the color of the application

I hope you found this exercise interesting and discovered another way to configure your web applications on Azure. Reach out to me on Twitter @rahulrai_in to share your feedback.