The big problem with GTD is that no software solution really matches the ideal workflow, and using post-it notes for it has its own problems. 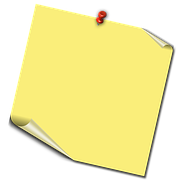 I tried a lot of different software solutions. For a fairly long time, I tried using a bunch of files in Dropbox folders for it. The big upside was how easy it was to integrate with it — just crontab a script to put a file into the inbox if I need to be notified of something. However, plain text files are a really poor format for anything. So, as another tool in the long list, I tried Trello. Here's the setup.

I have one main list with a lot of columns:

Just a place to highlight whatever I'm currently working on or plan to work on if a top ten item gets blocked. It gets empty by either finishing things or moving them back to action lists about daily.

I don't really feel like there's much value in using a crazy number of contexts, most of which would contain no or very few items most of the time, so most actions go here.

Pretty much the only context that is constantly filled and clearly distinct from non-code actions.

What I'm waiting on to happen. Trello has an advantage over plain text files, as I can put links, dates, etc.

These are sort of next actions, any project with no obvious next action goes there; the idea is that they'd go to my Projects list once more actionable. It could be seen as another next actions column with "Plan Me" context tag.

Any projects bigger than one action go here. Actions and projects should generally be linked, but usually, it's obvious enough that I don't bother. Trello doesn't have an easy way of showing projects with no associated actions, so I wanted to write a script to tag them, but I never got to it (Trello API isn't too bad).

Any recently finished action or project

Mostly for reference during reviews. Anything bigger than a project.

About once a week I move the Done column here and add a proper date. It's mostly a feel-good board with fairly little functionality.

Any long-running project or area of responsibility gets its own label, as labels are the only easy way to tag Trello cards. I use Card Color Titles for Trello Chrome extension, as otherwise, Trello labels are fairly useless (you can see before and after in that link).

The only other label is red "blocked" label, which can be quickly applied and unapplied to action cards.

Once upon a time I used to have a "Buy Me" list, but nowadays I just throw things into my Tesco groceries or Amazon basket right away and actually buy them weekly or so. Things not purchasable in either are rare enough they can go into a generic action list.

Inbox is still a Dropbox folder, mostly with plain text files, so existing crontab scripts can still use it.

How Well Does It Work?

It all sort of works, but it's not exactly amazing. I don't plan to return to plain text files, but I'll probably try something else eventually.

It's really annoying that I can't use it when offline. For example, in London Underground, Dropbox had far better online and offline integration.