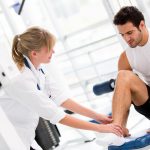 The use of game dynamics in healthcare have a number of interesting possibilities.  A team from Penn State explored some of these in a recent paper that tested the deployment of gamification in both mental and physical therapy programs.

The ultimate aim of the project is to train computers to be able to develop personalized therapy regimens to help ensure each patient gets a customized program for them.

“Using people to individually evaluate others is not efficient or sustainable in time or human resources and does not scale up well to large numbers of people,” the team says. “We need to train computers to read individual people. Gamification explores the idea that different people are motivated by different things.”

To begin with, the team explored how they could make the kind of tasks undertaken in physical therapy into a gamified application.  They started to deploy traditional game features such as scoring, challenges, and avatars.

“We’re exploring here how gamification could be applied to health and wellness by focusing on physically interactive gamified applications,” they say.

The process, which was all undertaken within a virtual reality environment, saw participants tasked with avoiding obstacles as they moved through the virtual world.  The system would then model their actions before mirroring them via a virtual avatar.

The ‘players’ had to move in a variety of ways, including raising their arms, jumping over obstacles and crouching down.  If they successfully avoided each obstacle, they scored points, with researchers recording each ‘failure’.

“As task complexity increases, participants need more motivation to achieve the same level of results,” the team say. “No matter how engaging a particular feature is, it needs to move the participant towards completing the objective rather than backtracking or wasting time on a tangential task. Adding more features doesn’t necessarily enhance performance.”

The team then created an algorithm that they hoped would enable them to predict the success of various in-game elements.  This process revealed that gamification of the scoring system resulted in fewest mistakes and higher performance levels.

The team used a VR system to create the illusion of a loss of balance as participants walked on a treadmill.  The researchers monitored how this shock to their sense of balance influenced their movement and understand the muscular response in our bodies.

“We were able to identify the muscles that orchestrate balance corrections during walking,” the team says. “We also learned how individual muscles are highly coordinated in preserving walking balance. These things provide an important roadmap for detecting balance impairments and the risk of future falls.”

Both projects are a nice example of how virtual reality has moved beyond the gimmick stage and towards something practically useful to the healthcare community.  It will be interesting to see how the field continues to evolve in the coming years.