Typical ad-hoc analytical queries have to process much more data than can fit in memory. Consequently, those queries tend to be I/O bound. When the Analytics service was introduced in Couchbase 6.0, it allowed users to specify multiple "Analytics Disk Paths" during node initialization. In this article, we perform a couple of experiments on different instances in the cloud to show how to properly set up up multiple "Analytics Disk Paths" and how this feature can be utilized to speed up Analytics queries. 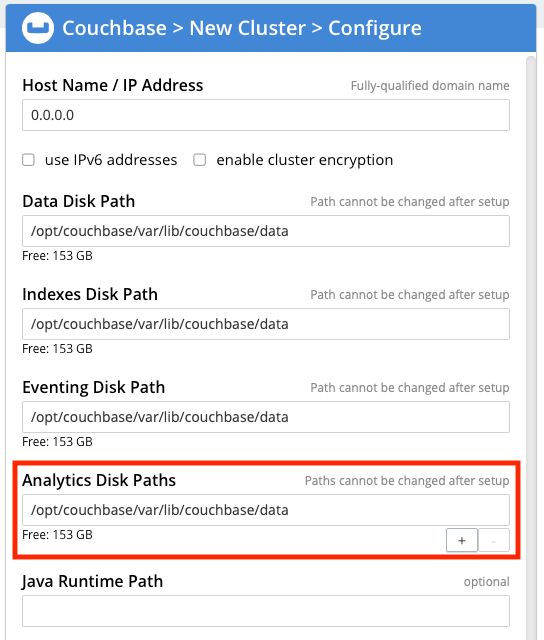 During query execution, Analytics’s MPP query engine attempts to concurrently read and process data from all data partitions. Because of that, the Input/Output Operations per Second (IOPS) of the actual physical disk in which each data partition resides plays a major role in determining the query execution time.

You may also like: Distributed Multi-Document ACID Transactions in Couchbase

To show the performance impact on the number of data partitions per disk, we performed a couple of experiments on different instance types in Amazon Web Services EC2 using Couchbase Server 6.5. The data used in the experiments is a JSONified version of the famous data set where every row was converted into a JSON document with an additional field that identifies the name of the table to which the document belongs. Sample TPC-DS data was generated and loaded into a bucket called tpcds. In both experiments, the Analytics service was assigned 32GB of memory.

In this experiment, we created 3 datasets in the Analytics service as follows:

We used the following TPC-DS qualification query after converting it into a N1QL for Analytics query to measure the response time under two different configurations:

In terms of average query response time, the automatic configuration with 8 partitions was more than twice as fast as the configuration with only 2 data partitions. This improvement was caused by better utilization of the single NVMe SSD, as this type of disk can handle 8 concurrent reads. In addition, since this query involves grouping and sorting, processing the data concurrently on 8 partitions resulted in a significant improvement in query performance. 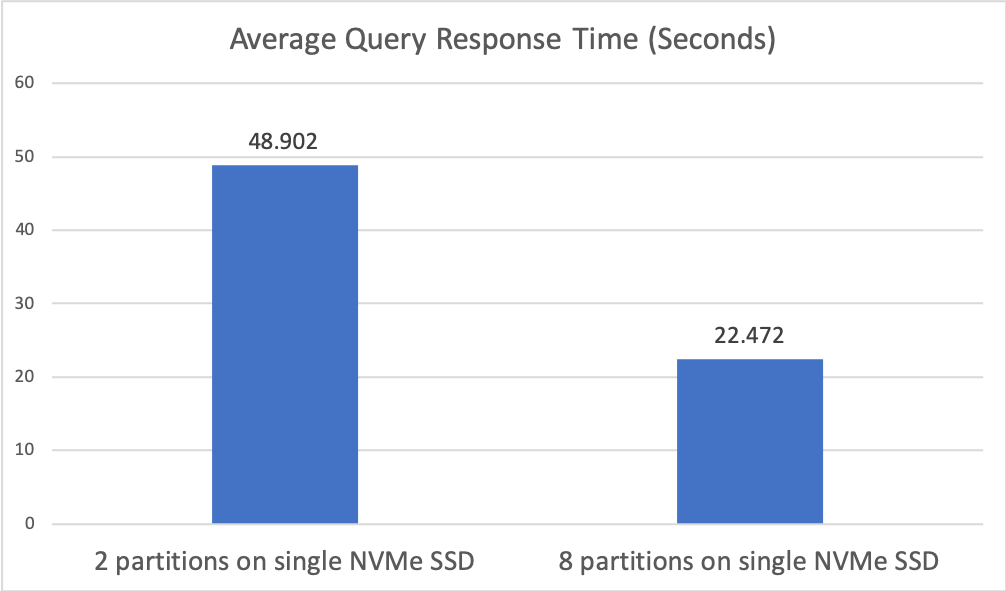 In this experiment, we will try to scan a larger volume of data by creating a single dataset that contains all the data in the tpcds bucket as follows:

We used the following N1QL for Analytics query that results in scanning all the data using two different configurations:

A major reason for this is that it left the I/O bandwidth of the other 5 HDDs unused. In addition, 8-way concurrency against a single HDD led to more disk arm movement, increasing the average cost of a disk I/O. The second configuration, which utilized all 6 HDDs concurrently, enjoyed a more than 7x performance improvement as a result. 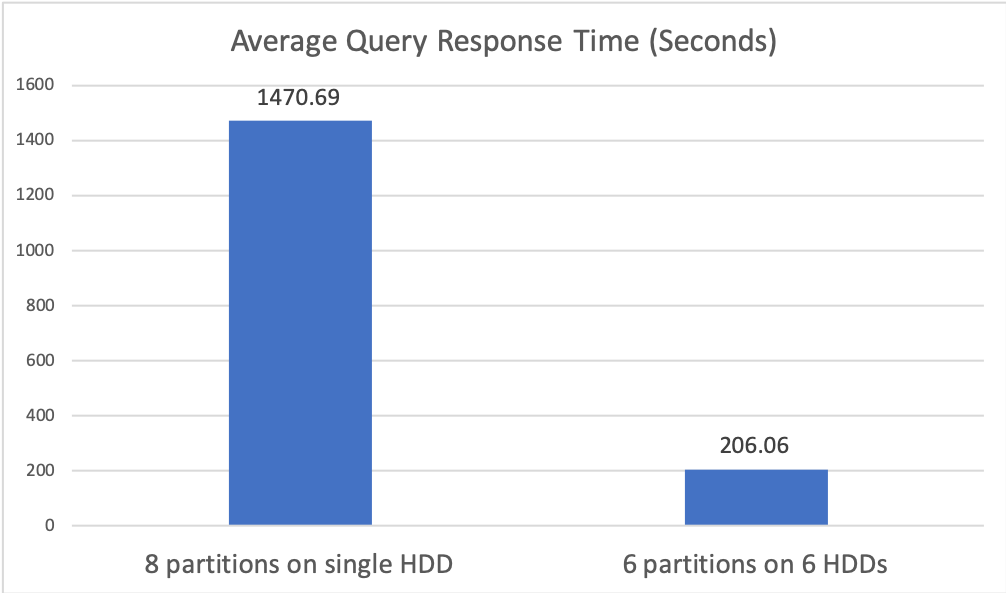 The Analytics engine is a full-fledged parallel query processor that supports parallel joins, aggregations, and sorting — based on "best of breed" algorithms drawn from 30+ years of relational MPP R&D — but for JSON data. Using two experiments, we showed the significant performance impact that can result from different choices made when configuring the "Analytics Disk Paths". We also demonstrated how the Analytics engine can utilize multiple physical disks, when available, to significantly speed up Analytics queries.

Getting Started With Couchbase Server on Java SDK

Couchbase N1QL: To Query or To Analyze? Part 2