The IT sector is witnessing major changes and many technologies are getting obsolete as well as coming into the market. These days the terms UI and UX are used in profusion. The problem with these abbreviations is more than just two letters. Sadly, people feel as if they are opening a Pandora’s Box while using them. Using these terms incorrectly and in completely different scenarios can become a constant problem for the IT community, including designers, developers, testers, and product managers. Let me throw light on them so that the confusion can disappear into thin air.

“A UI without UX is like a car, which looks great, but is very difficult to use. On the other hand, UX sans UI is like a mobile phone, which is easy to use, but the design looks horribly out of order. A superior CX is attained when UX is executed after UI. Both are quintessential for a product’s success.”

“There is no difference between UX and UI Design because they are two things that aren’t comparable to each other.”

In one of the conference calls, I was in a discussion with the team:

PM: “Can we discuss the UI/UX of the product?”

I: “What do you exactly mean? The underlying task flows, information architecture, wireframes or the visual elements?”

PM: “Should this be a list box instead of dropdown, what do you think?”

Now, after going through the above excerpt of conversation, I can say that people talking about UI and UX feel as if they are a single entity and this now seems to be a pretty accepted situation.

Despite how simple it may look like, still there are many complications and misguided judgements when it comes to explaining the differences between UI and UX. As a matter of fact, they can cause the design community to come to a standstill whenever they are brought up together. UI is a sequence of screens, aesthetic designs, and visual elements, such as buttons and icons that helps you interact with the device. UX is more inclined towards the end-user’s experience of using the website than just the look and feel of the website. Designing and planning an experience or creating a workflow for the users of a website or product is what is UX is all about.

State of Quandary Amongst People

Nowadays, you hear people using terms like UX and UI and they are found wanting when trying to explain these terms. I have come across many folks who say that UX = UI, which is absolutely absurd. UX is a superset of Content Strategy, Interaction Design, Usability, Information Architecture, and Visual Design.

We cannot say that UI Design is UX Design as both have different terminology altogether. UX Designers have different designations in different organizations and are called Interaction Designers, UX Consultants, UX Architects, or UX Strategists. In many organizations in Europe and United States, you can be UX Researcher and a UX Writer who does not have to touch the interface at all. UI Design is a part of UX Design, but UI Design and UX design are poles apart. UI design is just a small medium by which you can attain good UX.

UX Design refers to the term User Experience Design, while UI Design stands for User Interface Design. Both of them are quite significant to a product’s success as they both work closely together in tandem. Despite their close relationship in the entire design cycle, both the roles are quite unique and different. UX Design is more logical in nature whereas UI Design is closer to what we refer to as visual design. 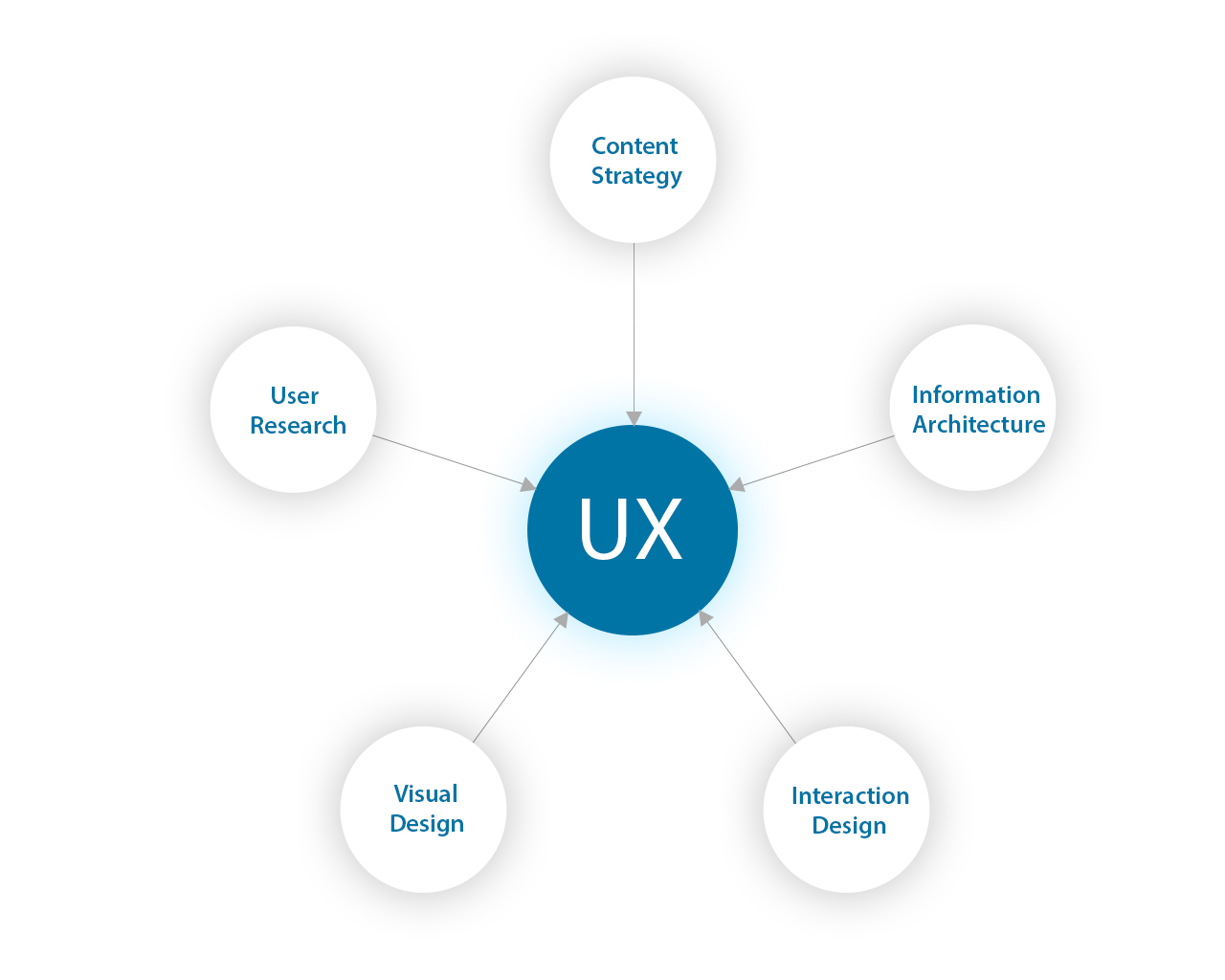 The UX Ideology – Not Always Followed

Not every step has to be taken depending on time and resources. There’s also nothing to stop it from going pretty fast; a matter of days even. As we know, time is a very critical factor in an Agile model, and many teams in different organizations design countless UIs straight from the thought process to the screen without following the steps, but that’s not UX. I believe that some people call it “design catastrophe.” Good UI is not trivial or simple – solid UX, killer visuals, and effective interaction are all part of the formula.

This is how I’d like people to see UX and deduce from what is implied by User Experience Design. It takes a great deal of effort behind the scenes to create capable, elegant, and delightful interface, but as a matter of fact, the interface is not the solution. This is what the school of UX needs to tackle and then educate people about what UX really can do. Last, but not the least, UX is an end-to-end strategic method planning to create a product or website that customers/users/visitors are drawn to, find easy to use, and quickly understand the UI.