Over the last few years, companies have placed a special focus on software development. Despite the Agile approaches to software development – such as Kanban or Scrum – developer teams face the challenge of realizing external customer requirements — e.g. stakeholder demands — as efficiently and quickly as possible.

The direct value of the business is as decisive as the Agile realization of the planned digital project.

More and more companies use low-code platforms to implement project requirements more quickly and to incorporate client feedback into the Agile software development straight away.

In this article, we will explain why open source low-code platforms are becoming more attractive to companies in 2018 and what kinds of challenges and advantages IT departments and developer teams might face.

The terminology of low-code platforms is still relatively new. It wasn’t until 2014 when the term for this special type of software development was introduced by Forrester Research.

The distinguishing features of low-code development platforms are low initial investments for setup, training, and deployment. Instead of using classic licensing models, they are licensed via subscription models (with monthly subscriptions).

Low-code platforms, therefore, offer an accelerated development and provisioning time of applications (such as mobile apps or ERP systems). This enables developers to significantly lower the costs of planning a software project as well as creating and providing the applications.

VisionX as Your Open-Source, Low-Code Tool

VisionX is one of the few open source low-code platforms that lets you visually develop your entire application, easily integrate with existing systems, and add your own custom code when needed.

New applications and screens can be created in minutes. The data model is created automatically with the work screen and the application is installed at the touch of a button.

“With VisionX you can visually develop custom software stunningly fast, while collaborating with your IT team in real-time.” –Roland Hörmann, CEO at SIB Visions 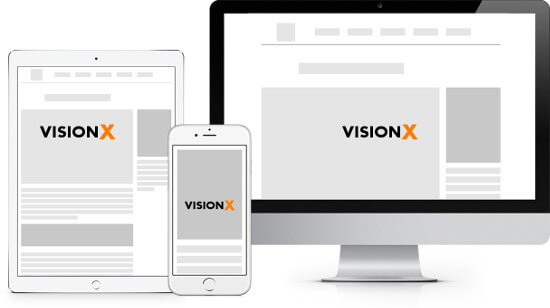 Open-source low-code solutions come with plenty of benefits and advantages over closed systems, which I'd like to highlight below.

One example of an open-source low-code platform is VisionX. Created by the Austrian company SIB Visions, VisionX allows teams to create software which runs 100% on open-source.

Every application created with VisionX only uses Java open source frameworks and libraries under the Apache 2.0 license (or compatible).

Low-Code Platforms as a Trend for 2018

The popularity of low-code platforms will continue to grow in 2018, mostly due to the need for inter-divisional software development and the ongoing digital transformation.

Using an open-source low-code platform gives you and your team a competitive edge as it allows you to create applications that fully run on open-source frameworks.