a couple of things were announced today. first, visual studio 11 beta will arrive on february 29th, 2012 with a go-live license and second we have a tfs express edition coming out. but what most developers were interested in learning about is visual studio 11. so here it is, a screenshot of the next version of visual studio just before i head off to the mvp summit next week.

and here is a similar screen of a grid application for windows 8 taken from my windows 8 developer preview box. 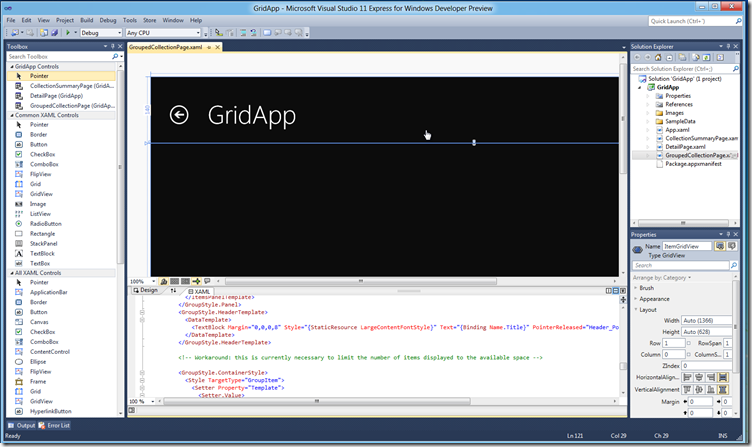 so, what do you think?

i’ve heard mixed reviews so far, but i must say that i kind of like it. as you can tell from the screenshot, this isn’t your typical visual studio. it follows the metro guidelines that ( some ) have grown to love in windows phone 7 and windows 8 applications. my first thought was, where are all the colors? this reminds me a windows 3.1 application with all the gray. 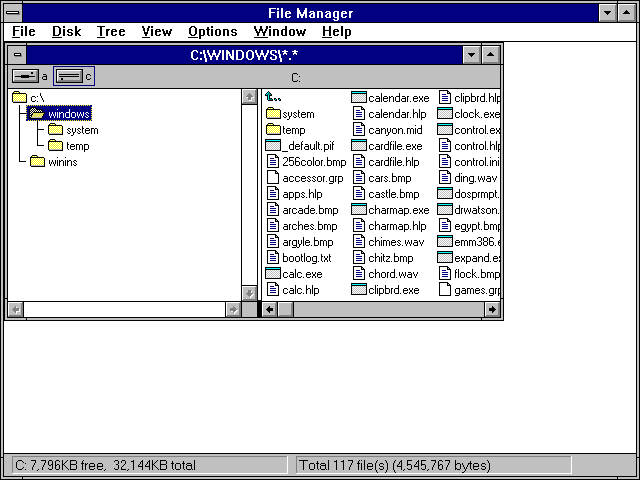 then i read the following quote:

in vs 11 we have eliminated the use of color within tools except in cases where color is used for notification or status change purposes. consequently, the ui within vs 11 now competes far less with the developer’s content. additionally, notifications and status changes now draw user attention much more readily than before. ( source )

then it started to make sense.

but the question remains, as a developer can you stare all day at the metro theme and be comfortable? i think this is a question that we will have to see. let me also remind you that it comes with a dark theme as well. you can also create your own color schemes like we did in previous versions.  ( source )

so for now, i’ll focus on the improved feature set that visual studio 11 brings and try out the metro theme when it is in my hands. :)

i’ve rounded up all the links posted so far on visual studio 11 beta, so you don’t have to go digging around the net to find them. i’ve also included the post on tfs express and some additional screenshots of visual studio 11 found in the press pass from microsoft.

as always, leave any feedback or comments below and we can continue this conversation. i’m also on twitter if you want to connect on there.