visual studio 2017 is here, and telerik platform and appbuilder are ready with support.

telerik platform offers effortless development of fully native and hybrid cross-platform mobile applications based on the nativescript or cordova frameworks. as part of it, we provide an extension for visual studio—and we have some exciting news to share there.

as developers ourselves, we are enthusiastic about these changes. our team consists of people who code desktop apps, mobile apps and server-side code. we anticipated the positive impact and knew that you, our customers, would want it too.

we embraced the opportunity and started updating our visual studio extension at the earliest possible moment.

to support the new modular installation, the visual studio team introduced a new way for developing extensions and a new vsix format (the way visual studio extensions were distributed and installed). you can read more details on their blog . the surprise to our team was that for the first time since 2010, the vsix format was not backward compatible. the crux of this was that every extension needed to explicitly specify on which parts of visual studio it depended.

however, adopting the new model was surprisingly easy for us. as a first step, we needed to simply double click on the vsixmanifest file in our solution and specify the dependencies in the ui. we needed a couple of trials and errors to slim down our requirements to just the "javascript and typescript language" visual studio package! this was expected, as the focus of appbuilder is to develop mobile apps with javascript or typescript. but it is a testament to the design of both appbuilder and visual studio that we could do this with so few dependencies.

once we understood our dependencies, we had to fix some issues in our code and we were generally ready to ship!

we are happy with our achievements. everything works as is and you can jump into coding right away.

our templates are fully integrated in vs 2017: 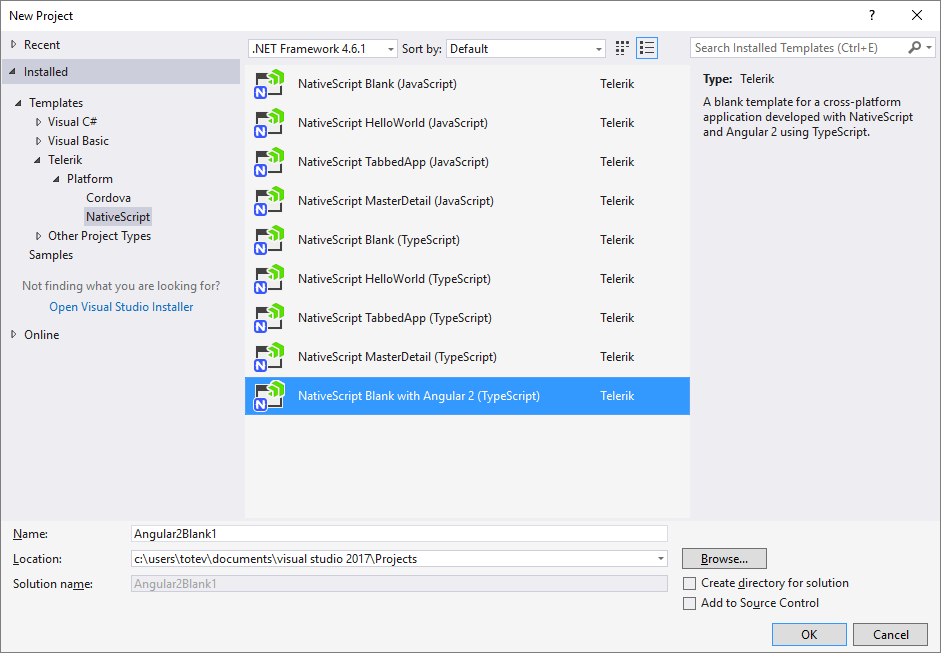 the ui is intact. for example, managing project dependencies: 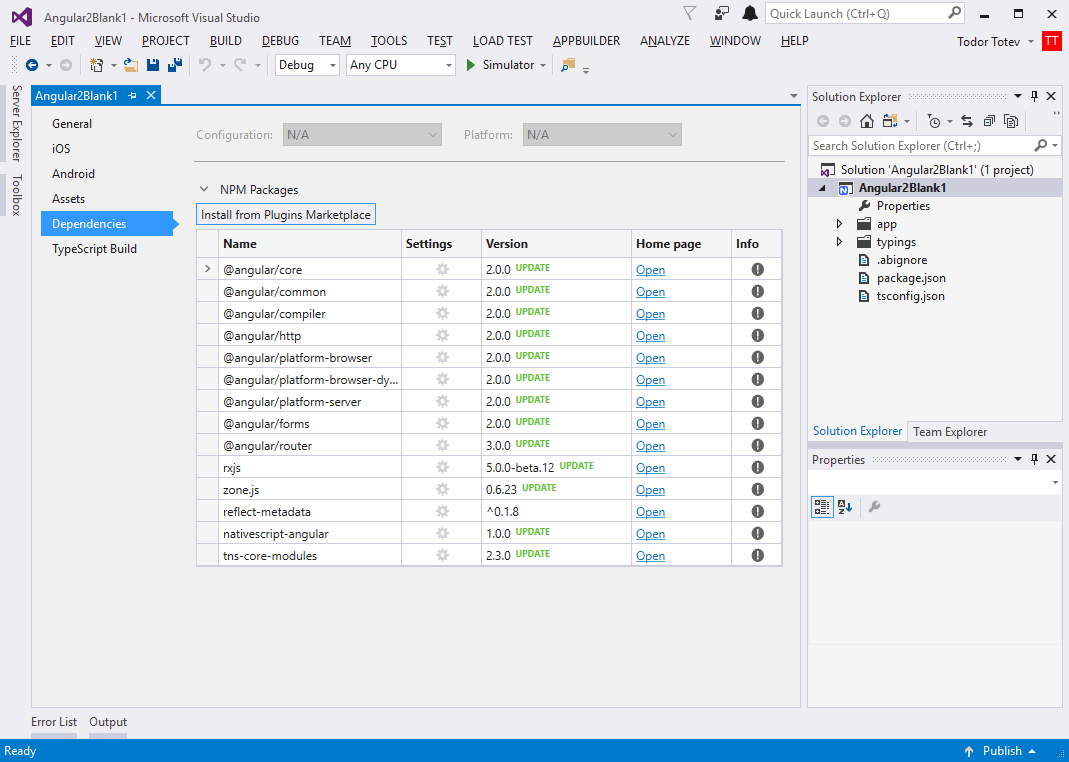 another result of our work was that we found a few inefficiencies in our startup code. we have already resolved some of them and will continue to optimize our code.

to support the new visual studio extensibility model, we had to do one big change. we are no longer actively developing new features for visual studio 2010.

for existing vs 2010 users nothing changes in the short term. if you have already installed our extension, it will continue to work as is. if you need to install it, for example, after re-installing visual studio, please contact our support team and we will provide the installation package for 2010. starting with appbuilder 3.7 (february 2017), we will discontinue our support for visual studio 2010 entirely.