This past year, we've all used or at least seen AI being used in everyday interactions in some shape or form. Google Home and Alexa sales are skyrocketing and AI is becoming more and more mainstream.

2019 will witness AI application maturity and see #voicefirst attain some real success. And it won’t just be Google Assistant and Alexa because companies like Alibaba are also racing ahead and getting some remarkable ROI from their voice assistants. But let’s step back and take a quick look at 2018 to identify some patterns, both positive and negative, behind the explosive growth of smart speakers. 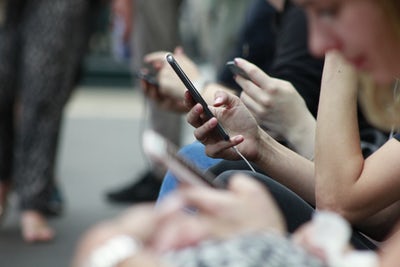 Accelerated Adoption: Alexa and Google Home saw a surge of interest, largely thanks to heavy discounts and low-cost devices like Echo Spot and Home Mini. Most of these low-cost devices were priced at 50 USD in retail, and on occasional promotions, they were going for as low as 25 USD. No wonder 20 percentof the American population (that’s 50 million) now own a smart speaker.

To put that in perspective, that’s a faster adoption rate than what we saw with smartphones. And we all know in hindsight how explosive the smartphone market growth was. Almost all the smart speaker users use these devices regularly for setting alarms, playing music, and creating to-do lists.

So far, Amazon has been leading the race, with Alexa integrations into new tech products becoming almost a plug-and-play thing. But Google is catching up fast with their announcement of making Google maps a full fledged Google Assistant Platform. That, combined with the 1 billion Android devices already in market with Google assistant built-in, means it’s just a matter of maturing the platform to become widely adopted. And we got a glimpse of that with a promising demo of Duplex earlier this year.

Expanding the Ecosystem: The turf for intelligent assistants and voice tech is not going to stay within the smartphone ecosystem or smart speakers. Amazon and Google are also looking beyond to platforms like cars, integration with common household devices like refrigerators, etc. And who knows, we might finally get our Smart Bathroom Mirror in production (I am really looking forward to that one); not to mention smart showers are already here!

The Evolving Technology: Coming to the technology stack, while cloud-based solutions like Lex, Dialog Flow, and Azure bot framework are going to lead, players like Rasa and Mycroft provide a lucrative alternative to NLP engines.

Also, most of the experience with these devices is aural as of now, but slowly, these devices are getting visual responses as well. However, most of the content thatis being generated these days isnot ready to serve the #voicefirst ecosystem, regardless of how visual they become.

DIY Bot Platforms: 2018 saw a lot of DIY bot-builder tools that relied on card-based workflow designs. While it was easy to launch a card-based bot, it never went mainstream in terms of adoption because of limitations in the workflow of a bot. Still, that's good enough for 90 percent of the use cases out there that have a few thousand customers to interact with. Also, as Alexa and Google home become multi-model, the workflow will become more prominent, and the rise of text/voice/visual bots will blur the lines between a chatbot and a voice bot.

However, I doubt that these DIY tools would last fornvery long. Once you have a bot up and running, you can't rely on the basic card-based workflow because most bots are not able to handle responses as users scale up. You'll see challenges if you're not constantly monitoring and maintaining these bots. If you're fetching or pushing data to some or the other API endpoint (which usually is the case) there's a good chance the bots break every now and then due to change in third party API specs. (You'd know what I mean if you've worked with third-party API's :D). Tools like Botium would come in really handy in these cases.

The Winners: In 2018, Estee Lauder attracted a lot of eyeballs with Liv, the beauty advisor, HBO with a dramatic trailer of WestWorld game, Tide with an assistant to remove stains (which I think is a very unique idea) and Sesame Street skill for children, which is actually very popular among kids.

While they were really interesting skills and well-executed, most of them reported very low usage. These devices are still becoming a habi,t and outside of basic tasks, the new ones still need to catch up. But I'm sure 2019 will bring us an all-out winner :)

If you used #VoiceFirst devices in 2018, I am sure there were some frustrating moments. The user experiences didn’t really live up to the expectations in some cases. At other times, we saw tech that received a huge response from the media get busted when it came to actual usability.

There are a few basic human conversation nuances that these devices are missing — interruption, nonlinear conversation, and implicit intent. Good clarification on them can be found here.

Apart from that, these devices are not very good at remembering what you said earlier and often lead to frustration. A leading agency, 360i, who build skills and actions for a lot of leading brands saw cuss words as a common occurrence while using these skills. Definitely not the start that brands expected.

Interestingly, not a lot of people tried vernacular languages yet on these devices even though both Alexa and Google Home are multilingual. We tried Hindi with Google Home and it was not bad at all! It actually understood most of the sentences, and you can watch that in action at Gadget 360. I would love to see more of the vernacular content coming on Google and Alexa.

Let me know your thoughts in the comments.