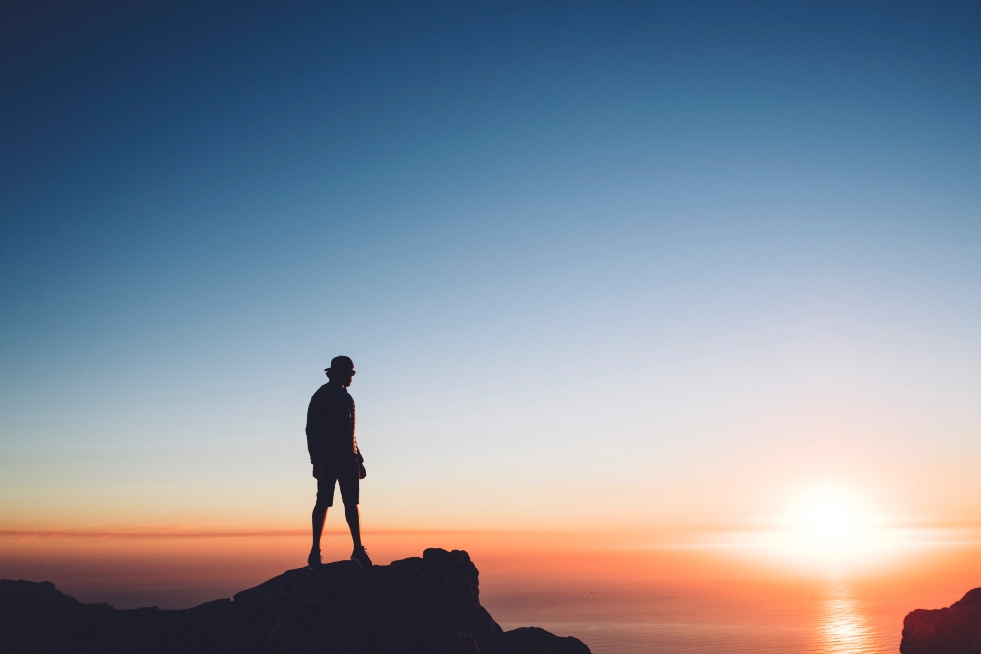 Last week we were introduced to Vue.js, and we started our very first project. We imported the library and created our first ever instance of a Vue app. In this tutorial, we get more familiar with basic syntax and look into conditionals, loops, and some basic transitions that are nicely baked into Vue.

(If you missed the previous tutorial you can read it here.)

In the previous tutorial, I imported Vue using a CDN; in this tutorial, I’ll switch to using npm for the convenience of development and harnessing the power of our IDE’s autocomplete feature, which is otherwise not available.

It’s up to you which way you’d like to manage your imports but in order to use npm you’d need NPM installed in your development environment. NPM installation is outside of the scope of this tutorial, but it's very simple, and you can easily find many tutorials online on how to do it.

Once npm is installed you’ll have to use the following 3 commands to get vue.js in the project

Create a new HTML file, hoops.html, and then import Vue.

Conditional statements can be implemented using the  v-if directive. Let’s create a new app that uses the v-if directive, which will show or hide a particular element depending on a variable named seen.

Now, let’s update the seen variable to false in the console and watch the conditional directive do it’s thing

I personally think it’s quite cumbersome to be heading into the console to adjust this variable. Let’s add a button that will toggle this state and effectively make the text appear and disappear.

Notice the new directive that we’ve used  v-on:click, which means that every time this button is pressed, it will toggle assign the value of seen to the opposite of what it currently is. Exactly what we needed.

With every press of our amazing toggle button, the text appropriately adjusts its visibility. However, I feel like we could do with a nice transition effect to make our web app even more impressive.

We are in luck. As it turns out, Vue provides a very convenient and powerful transition system that can automatically apply transitions when elements are inserted, updated, or removed. It would be a shame not to use them!

Let’s add some CSS inside the <head> tag

If you try the button now, you will get to experience some slick entry and exit transitions. Wow!

Our next task is to learn about loops in Vue.js. As you have probably guessed, there’s a directive for that,

v-for is basically a for-each loop. We pass it a list of items and assign a name to each individual item, which we can then use to display it.

If you've done everything right, this is what you'll end up with, for now: 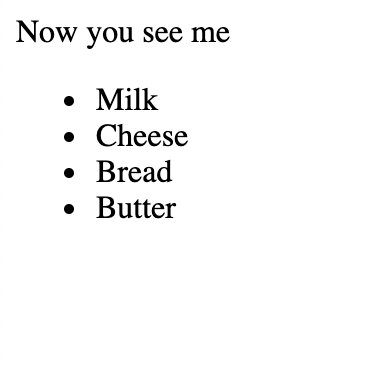 Today, we learned how to implement conditionals and loops along with some basic transitions with Vue.js.

So much power yet there’s still so much to learn! I think it would be cool if we added an input box with a submit button, which would take our input and add it to the list of groceries, so let’s do that in the next tutorial where we’ll discuss handling user input in more detail.