I think Steve Jobs was on to something, and I don’t mean because he founded what is arguably the most influential tech company in the world. Don’t get me wrong, Apple is pretty great and all, but his habit of brainstorming while walking is frankly genius.

And if the fact that a quick walk helped me write that (hopefully decent) intro in a fraction of the time it normally takes me isn’t enough to convince you, here’s some actual science to back it up.

Researchers at Stanford University released a report a few years back that explains the extremely positive impact walking has on creative thinking. As the study’s co-author Marily Oppezzo explains in the above TED Talk, the team performed a total of four different studies focusing specifically on how walking affects brainstorming, aka the first part of the creative process. “We’re not saying that you’re going to go out for a walk and come back with the Sistine Chapel in your left hand,” she jokingly explains. But you will be remarkably more creative than you were when seated at your desk.

For one particular study, Oppezzo explains that participants were asked to perform the creative task of coming up with alternative uses for everyday objects. Participants were only given credit for suggestions that were both realistic and original – as true creativity requires both – and were divided into three separate groups for evaluation. One group performed the activity two separate times while sitting, the second group performed the activity while sitting and then again after taking a 5 to 16 minute walk, and the final group flipflopped this, completing the activity after walking and then again while sitting. Each subsequent test asked participants to consider different objects.

And what they found was striking. The two groups who performed the task while sitting first came up with roughly the same amount of creative responses (give or take 20). Those who walked before being put to the test, however, performed nearly twice as well, recording roughly 45 creative responses each. And perhaps most significantly, this boost in performance continued into the third group’s sedentary follow up, suggesting real, long-lasting value in Steve Job’s propensity for walking meetings.

Oh, and the walk’s venue had absolutely no impact on the amount of creative responses. Both walking inside a windowless room on a treadmill and walking outside in nature lead to the same improvements – fantastic news for those of us who don’t have access to pristine surroundings right outside our office doors. 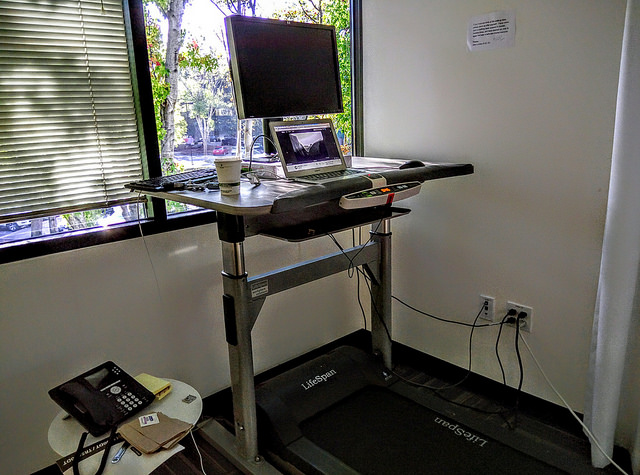 So, seriously, do yourself a favor the next time you need to harness those creative juices – which for devs is basically all the time – and take a 10 minute walk first. (You’re welcome.)