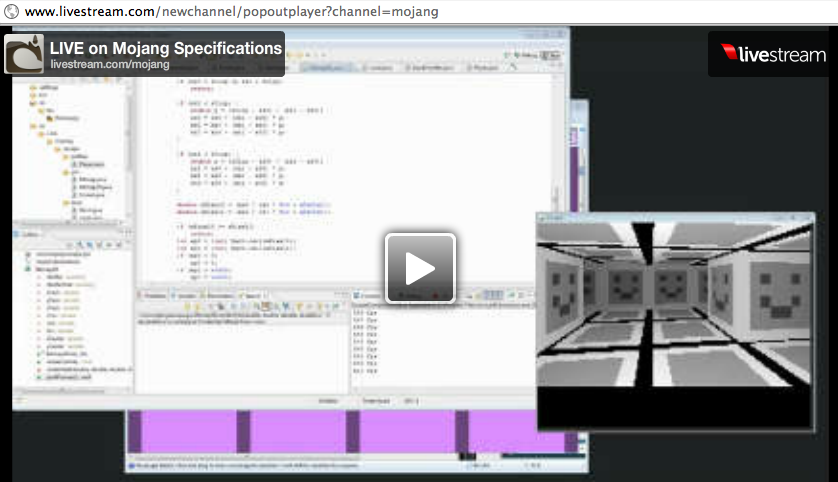 the creator of minecraft, known as “notch”, is taking part in ludum dare, which is a game competition in which participants have forty-eight hours to create a game from scratch. notch is streaming his screen for the entire duration of the competition , and i find this absolutely fascinating.

take a look at the stream (13,000 viewers right now) and you will see eclipse, java and… well, how to write a game. i checked an hour ago and since then, he’s added walls to what is beginning to look like a maze.

i don’t know what’s the most riveting: hearing him brainstorm with himself (probably for the benefit of his 12,000 viewers, but maybe that’s what just how he codes) or having his game run continually in the background and update itself as he makes the changes. i use eclipse’s hot replace all the time, but seeing it apply to write a game is… mesmerizing.


update 1: notch stopped the stream because it was too expensive, he’s looking for alternatives