Join For Free
When I'm providing training or giving a talk on Agile Software Development, I love to shock the attendees with the following statement:

Gasps of disbelief abound... "WTF?!  This guy who has just described how he has been working with Agile for over a decade is telling me that Waterfall works?!"

The truth, however, is undeniable.  Tens and probably hundreds of thousands of software systems and products have been shipped and used over the last 40+ years since Winston Royce's paper Managing the Development of Large Software Systems was published.  That process has been applied to everything from modern web-based applications to massive telecom projects, from tiny programs built by one person in a few weeks to those with 10's of millions of lines of code built by hundreds of people over multiple years.

We simply cannot say that Waterfall doesn't work.  The catch is, though, that it's at best a sub-optimal way to deliver systems, especially now in the 21st century.  When I present this to people, though, I frame it in the context of when Dr. Royce wrote his paper and presented it at the IEEE Wescon conference.

First, if you actually read the paper you'll notice the classic waterfall model on the top of page 2 showing serial steps with each being fully completed before the next starts. 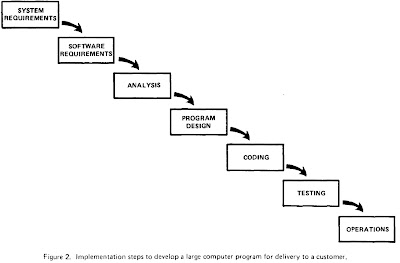 
I believe in this concept, but the implementation described above is risky and invites failure.

So, Dr. Royce actually knew that the process adopted by so many people was flawed from the start!  He goes on in the paper to show an iterative model that would be quite familiar to anyone in the Agile community: 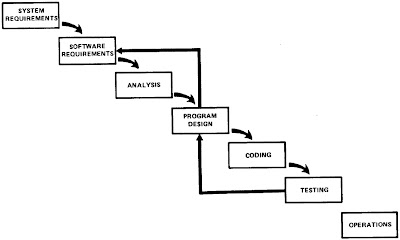 Too bad most people didn't read past page 2 of the paper!

The second point I make is that we need to take into consideration when Dr. Royce presented this paper.  This occurred at the IEEE Wescon conference in August 1970.  I was a month away from starting Kindergarten then, and Ron Jeffries was still in his first decade of programming professionally. ;) 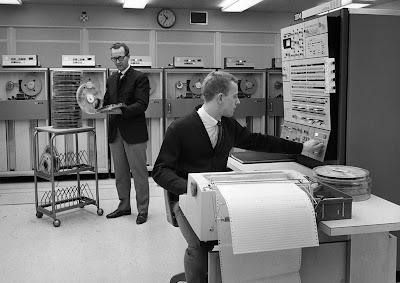 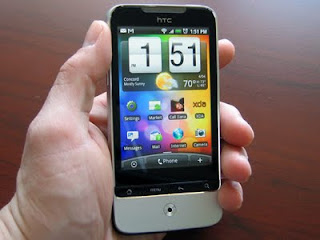 We also need to consider the programming environment in 1970.  Most work was done with punch cards, and it could take hours to determine if a large card deck had even compiled let alone ran, let alone worked properly.  Given that environment, of course you're going to spend a lot of time up front designing, writing and reviewing the code before creating the cards and before submitting them. 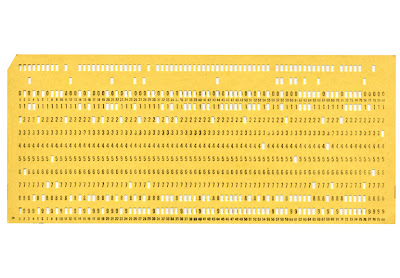 Contrast that with contemporary IDE's such as Eclipse, Intellij, Visual Studio, XCode, etc.  Those tools usually have a preference setting for how long they should wait before highlighting a syntax error or compiler warning!  We have tools and frameworks for unit and acceptance testing that can execute thousands of tests per second on our desktop machines.  We have automated tools to check for problems in our designs, and automated tools to safely refactor our code to improve the design incrementally.

The final point I try to make is that, at the time he wrote the paper, Dr. Royce was working with the IBM Federal Systems Division on projects for the U.S. Department of Defence.  These projects were typically very large, hence the name of the paper, and the contracting model employed treated the development of software the same as the construction of a building.  Considering the tools and development environment in 1970, that analogy was at that time much closer to the truth than it is now, but it was still a flawed view of software development.  We know now that software development is a design activity not unlike the work that architects do in designing a building, and aerospace engineers do in designing an aircraft.  Both of those domains use many iterations to create and refine the designs prior to the actual construction work.  The key difference is that software development is almost entirely a design effort, the construction aspect being compilation, linking and deployment.

So, yes, the waterfall model works - you can deliver software that way.  Our view of how software is developed, however, has refined over the decades and the dizzying pace of technological advances has enabled us to move to more iterative, incremental approaches to delivering systems.

In the end, it's not that waterfall doesn't work, it's that we no longer need it.
waterfall Software development Papers (software) Waterfall model Design IT Acceptance testing Syntax error